At My Mother’s Knee … by Paul O’Grady. Kindle bargain at 99p

Paul O’Grady is one of Britain’s very best loved entertainers. He is known and adored by millions, whether as the creator of the acid-tongued Blonde Bombsite, Lily Savage, or the presenter of the fantastically successful, award-winning Paul O’Grady Show on Channel 4.

Now, in his own unique voice, Paul O’Grady tells story of his early life in Irish Catholic Birkenhead that started him on the long and winding road from mischievous altar boy to national treasure. It is a brilliantly evoked, hilarious and often moving tale of gossip in the back yard, bragging in the corner shop and slanging matches on the front doorstep, populated by larger-than-life characters with hearts of gold and tongues as sharp as razors.

At My Mother’s Knee features an unforgettable cast of rogues, rascals, lovers, fighters, saints and sinners – and one iconic bus conductress. It’s a book which really does have something for everyone and which reminds us that, when all’s said and done, there’s a bit of savage in all of us…

The Turning Point by Freya North. I’ve read several by Freya and really enjoyed them. When this cropped up on Kindle for £1.49 it was a complete surprise as it is is not due to be published in paperback until 16 March with a pre-order price of £7.99.

Life is short. Sometimes you have to take a chance…

Two single parents, Frankie and Scott, meet unexpectedly. Their homes are far apart: Frankie lives with her children on the North Norfolk coast, Scott in the mountains of British Columbia. Yet though thousands of miles divide them, a million little things connect them. A spark ignites, a recognition so strong that it dares them to take a risk.

For two families, life is about to change. But no-one could have anticipated how. 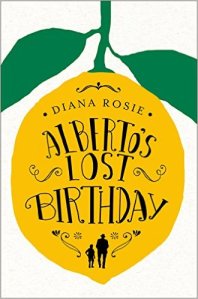 Alberto’s Lost Birthday by Diana Rosie. Couldn’t resist this when it appeared in the Kindle sale for £1.19 as it is set in Spain, a country whose history and culture I find fascinating.

A little boy and his grandfather embark on a quest to find the old man’s missing birthday in Diana Rosie’s debut novel, Alberto’s Lost Birthday.

Alberto is an old man. But he doesn’t know how old – he remembers nothing before his arrival at an orphanage during the Spanish civil war.

He rarely thinks about his missing childhood, but when seven-year-old Tino discovers his grandfather has never had a birthday party, never blown out candles on a birthday cake, never received a single birthday present, he’s determined things should change. And so the two set out to find Alberto’s birthday.

Their search for the old man’s memories takes them deep into the heart of Spain – a country that has pledged to forget its painful past. As stories of courage, cruelty and love unfold, Alberto realises that he has lost more than a birthday. He has lost a part of himself. But with his grandson’s help, he might just find it again. 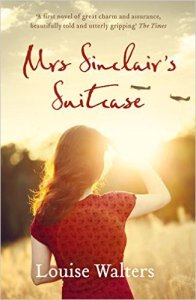 Mrs Sinclair’s Suitcase by Louise Walters. I have read many good reviews about this book and it has been on my wishlist for a while. Another Kindle sale bargain at £1.49 means it’s now moved to the tbr list.

Roberta likes to collect the letters and postcards she finds in second-hand books. When her father gives her some of her grandmother’s belongings, she finds a baffling letter from the grandfather she never knew – dated after he supposedly died in the war.

Dorothy is unhappily married to Albert, who is away at war. When an aeroplane crashes in the field behind her house she meets Squadron Leader Jan Pietrykowski, and as their bond deepens she dares to hope she might find happiness. But fate has other plans for them both, and soon she is hiding a secret so momentous that its shockwaves will touch her granddaughter many years later…

Best Wishes, Sister B by Fran Smith. This was recommended on the Amazon forum and at 99p it seemed well worth a gamble.

Prayer and ingenuity have kept the little convent of St. Winifreda in the fen going for centuries, but now the roof leaks, the bell tower is crumbling and rats have moved in. The Bishop wants to send the sisters to a home, disperse the rest and sell the land as a car park.
Sister Boniface, convent correspondent, minibus driver, and beginner shopkeeper, charts the rise and fall of their holy struggle, and with the help of ex-offenders, migrant workers, and multiracial nuns, plans not just to save, but also to renew, restore and revivify the sisterhood.
It’s the Vicar of Dibley meets Call the Midwife (without the childbirth!) and is a guaranteed feel-good novel. 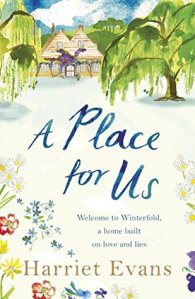 A Place for Us by Harriet Evans. This was originally published in 4 parts and I received the first part for review. I really enjoyed it, but decided to wait until it was published as a whole before I bought it. I’m not a great lover of books being sold in parts. Anyway another Kindle sale bargain at 99p.

The day Martha Winter decided to tear apart her family began like any other day.

So opens A Place for Us by Harriet Evans, a book you’ll dive into, featuring a family you’ll fall in love with … and never want to leave. If you devour Rosamund Pilcher and Maeve Binchy and have discovered Jojo Moyes, you’ll be thrilled to add Harriet Evans to your collection of favourite authors.

The house has soft, purple wisteria twining around the door. You step inside.

The hall is cool after the hot summer’s day. The welcome is kind, and always warm.

Yet something makes you suspect life here can’t be as perfect as it seems.
After all, the brightest smile can hide the darkest secret.

But wouldn’t you pay any price to have a glorious place like this?

The Snow Angel by Lulu Taylor. I originally posted this book as a bargain on my Facebook blog and had no intention of adding it myself. However I kept reading and hearing about how good it was I succumbed, at 59p it was hardly breaking the bank.

Cressida Felbridge is living the high life as a debutante in 1960s London society when she is courted by a friend of her brother’s and set to marry. Wishing only the best for his daughter, her father decrees that she must have her portrait painted to mark the occasion. But as soon as she meets the painter Ralph Few, Cressie knows her life will never be the same again. Soon, she is deeply in love with Ralph, but there is one problem: Ralph is still married to Catherine. As Cressie is drawn into a strange, triangular relationship, Catherine’s behaviour becomes increasingly erratic and Ralph and Cressie escape to Cressie’s family home in Cumbria. But Catherine will not give up Ralph that easily . . .
In the present day, Emily Conway has everything she could wish for: a huge house in West London, two beautiful children and a successful husband, Will. But as Emily and Will drive to a party, Will reveals that he has been betrayed by his business partner. Steering the car off the road at high speed, their perfect life is abruptly ended. When she wakes from her injuries, Emily is told of a mysterious legacy: a house in Cumbria on the edge of an estate, left to her by a woman she has never met. Could this house provide the chance to start anew, or does it hold secrets that she must uncover before it can be at peace?

A Spring Affair by Milly Johnson. I’m a sucker for a good, fun Chick lit title and Milly Johnson fits the bill nicely. At 99p, another kindle bargain.

When Lou Winter picks up a dog-eared magazine in the dentist’s waiting room and spots an article about clearing clutter, she little realises how it will change her life. What begins as an earnest spring clean soon spirals out of control. Before long Lou is hiring skips in which to dump the copious amounts of junk she never knew she had.

Lou’s loved ones grow disgruntled. Why is clearing out cupboards suddenly more important than making his breakfast, her husband Phil wonders? The truth is, the more rubbish Lou lets go of, the more light and air can get to those painful, closed-up places at the centre of her heart: the love waiting for a baby she would never have, the empty space her best friend Deb once occupied, and the gaping wound left by her husband’s affair.

Even lovely Tom Broom, the man who delivers Lou’s skips, starts to grow concerned about his sweetest customer. But Lou is a woman on a mission, and not even she knows where it will end . . .