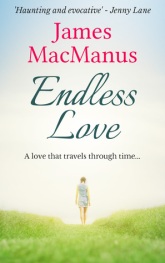 War’s Last Dance by Julia Underwood, Come the Dark by David Stuart Davies, Murder will Out by Alison Joseph and Endless Love by James MacManus. As part of their Virtual Historical Festival in April, Endeavour Press are kindly making available free ebooks by participating authors. This is my selection.

The Sisters of St Croix by Diney Costeloe. I bought her book The Thowaway Children last year so was interested to see this being offered for Kindle at a bargain 40p.

A gripping story of love, death and danger in Nazi Occupied France.

When Adelaide Anson-Gravetty finds out her father is not the man who raised her, she is both shocked and intrigued. Determined to find out more about her new family, she travels to the convent of Our Lady of Mercy in France to meet her aunt, the Reverend Mother.

But when France falls to the German army, Adelaide and the nuns are soon in the thick of a war that threatens both their beliefs and their lives. Collaborating with the resistance, sheltering Jewish orphans, defying the rulings of Vichy France: these are dangerous activities in dangerous times.

These courageous women must give all they’ve got in order to protect the innocent from the evil menace of the Nazi war machine.

Castles in the Air by Alison Ripley Cubitt & Molly Ripley. I was contacted by the author to see whether I’d be interested in reviewing this book after reading a review of a fiction title set in Malaya during the Emergency. It looks an intriguing read and spans part of the same period. I do have a fascination with the lives of Colonial ex-pats so I’m looking forward to scheduling this in to my review list. A copy was kindly supplied by the publisher.

An eight-year-old child witnesses her mother’s secret and knows that from that moment life will never be the same.

After Molly, her mother dies, Alison uses her legacy to make a film about Molly’s relationship with a man she had known since she was a teenager. What hold did this man have over her mother? And what other secrets was her mother hiding?

Castles in the Air follows the life of Molly Ripley through the eyes of her daughter Alison. From Molly’s childhood in colonial Hong Kong and Malaya; wartime adventures as a rookie office girl in the far east outpost of Bletchley Park then as a young nurse in the city; tangled romance and marriage… to her challenging middle-age when demons from the past seem set to overwhelm her.

The writer in Alison can’t stop until she reveals the story of Molly’s past.
But as a daughter, does she have the courage to face up to the uncomfortable truths of Molly’s seemingly ordinary life?

As she unravels the private self that Molly kept secret, Alison realises that she is trying to find herself through her mother’s story. By trying to make sense of the past, can she move on with her future?

Honest yet unsentimental and told with abundant love and compassion, this is a profoundly moving portrait of a woman’s life, hopes and dreams.
We learn not only about Molly, but about mothers and daughters, secrets and love.
A story for readers struggling to come to terms with the trauma of losing loved ones. 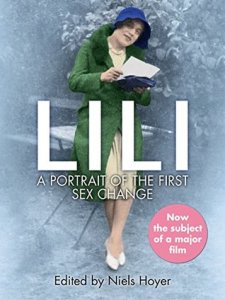 Lili: a Portait of the First Sex Change edited by Niels Hoyer. I went to the cinema this week to see The Danish Girl. If you get the chance go and see it. It’s an amazing story – well told and enhanced by the costumes, the period setting, the architectural backround and cinematography. A real feast. Having seen it I was keen to find out more about ‘Lili’ and this little gem based on her own diaries was available on Kindle for £1.19.

An inspirational and moving account of the transformation of the painter Einar Wegener, compiled from Lili’s own letters and manuscripts

Lili Elbe was, in 1931, the first transsexual to receive a male-to female sex change. This remarkable book – a sensation when first published over eighty years ago – shows Lili (now the subject of a major motion picture The Danish Girl starring Eddie Redmayne) as a trans pioneer who took extraordinary risks to discover and liberate her true identity.

It is also a tale of marriage, of love and romance, that provides a fascinating insight to the bohemian society of the 1930s.

Lili: A Portrait of the First Sex Change is told through original documents, her personal correspondence, and with contributions from those who loved her most. Available in English as an ebook for the first time, it remains a pertinent and powerful work, acting as a monument to an iconic struggle, and a celebration of her bold and profoundly human journey.

Note: This book was previously published as Man Into Woman.

The Summer before the War by Helen Simonson. This is a review copy obtained via NetGalley, publication is scheduled for 24th March 2016.

East Sussex, 1914. It is the end of England’s brief Edwardian summer, and everyone agrees that the weather has never been so beautiful. Hugh Grange, down from his medical studies, is visiting his Aunt Agatha, who lives with her husband in the small, idyllic coastal town of Rye. Agatha’s husband works in the Foreign Office, and she is certain he will ensure that the recent sabre rattling over the Balkans won’t come to anything. And Agatha has more immediate concerns; she has just risked her carefully built reputation by pushing for the appointment of a woman to replace the Latin master.

When Beatrice Nash arrives with one trunk and several large crates of books, it is clear she is significantly more free thinking – and attractive – than anyone believes a Latin teacher should be. For her part, mourning the death of her beloved father who has left her penniless, Beatrice simply wants to be left alone to pursue her teaching and writing.

But just as Beatrice comes alive to the beauty of the Sussex landscape, and the colourful characters that populate Rye, the perfect summer is about to end. For despite Agatha’s reassurances, the unimaginable is coming. Soon the limits of progress, and the old ways, will be tested as this small Sussex town and its inhabitants go to war.

My Map of You be Isabelle Broom. Another review copy from NetGalley. Publication date is 21st April 2016.

Holly Wright has had a difficult few years. After her mother’s death, she’s become expert at keeping people at a distance – including her boyfriend, Rupert.

But when Holly receives an unexpected letter explaining that an aunt she never met has left her a house on the Greek island of Zakynthos, the walls she has built begin to crumble. Arriving on the island, Holly meets the handsome Aidan and slowly begins to uncover the truth about the secret which tore her family apart.

But is the island where Holly really belongs? Or will her real life catch up with her first? 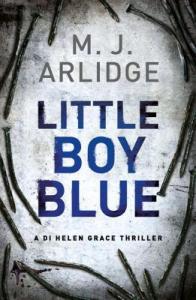 Helen’s most personal case yet as she investigates the shocking and unexpected murder of a close friend found cocooned in plastic. It looks like it was a tragic accident – a sex game gone wrong.

The investigation soon threatens to expose Helen’s private life and she has to make some tough personal choices along the way, as she hunts a twisted and elusive killer, who is swiftly racking up more murders.

As Helen closes in on her prey, a shocking truth is revealed – these murders are part of a calculated attempt to bring Helen down . . .

A relentless thriller that will grip you by the throat. Perfect for fans of SILENT SCREAM, by Angela Marsons, and THE GIRL WITH THE DRAGON TATTOO.

You’ve never met anyone like Tuesday. She has suffered extreme cruelty at the hands of men, and so has taken it upon herself to seek vengeance. She wants to protect and help others like her, to ease their suffering. A force to be reckoned with, she lives beneath the streets of London in the hidden network of forgotten tunnels that honeycomb the city – and this is her preferred hunting ground.

When Tuesday is connected to a series of brutal attacks on gang members, DI Loss takes on the investigation. A burned-out detective still suffering the devastating effects of the unsolved murder of his daughter three years earlier, the case starts to hit close to home. Because soon Loss will discover that Tuesday could hold the key to uncovering the truth about what happened to his daughter… 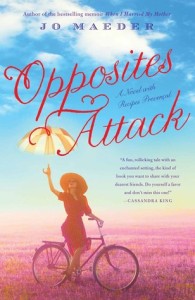 Fleeing to a total-immersion language school in the idyllic South of France, Alyce puts love and her failed career on hold to do an extreme makeover on herself. While she struggles to learn French and attain some degree of chic, she attracts the attention of several locals, with disastrous results. Tension escalates to a new level when she’s forced to stay at the guest cottage of the enigmatic author Jean-Luc. She finds herself strangely attracted to him, though he seems to despise her and they communicate mostly through bickering. Soon, Alyce must choose between what she thought she wanted and something totally different. Set against the alluring background of the Mediterranean with recipes inspired by Provence, Opposites Attack is a fast-paced romantic comedy with a French twist.

Here’s Looking at You by Mhairi McFarlane. Another great freebie for Kindle.

The new novel from the bestselling author of You Had Me At Hello.

Despite the oddballs that keep turning up on her dates, Anna couldn’t be happier. As a 30-something with a job she loves, life has turned out better than she dared dream. However, things weren’t always this way, and her years spent as the ‘Italian Galleon’ of an East London comprehensive are ones she’d rather forget.

So when James Fraser – the architect of Anna’s final humiliation at school – walks back into her life, her world is turned upside down. But James seems a changed man. Polite. Mature. Funny, even. People can change, right? So why does Anna feel like she’s a fool to trust him?

Hilarious and poignant, ‘Here’s Looking At You’ will have you laughing one minute and crying the next.