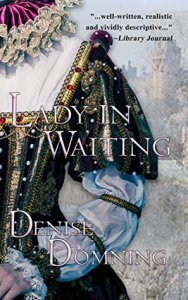 Diamonds, doublets and double-crosses; stately dances; religious intrigue; one deflowered maiden and a Virgin Queen–LADY IN WAITING has it all.

Commanded by her grandfather to snare a wealthy husband, Anne Blanchemain enters the lavish court of Queen Elizabeth. But the beautiful, headstrong Anne is a lamb among wolves, easy prey to treachery and an aging queen’s jealousy. She never suspects that handsome courtier Christopher Hollier has been sent to ruin her.

Christopher Hollier is the only man in Elizabeth’s court uninterested in making a rich marriage–for himself. All that matters to Christopher is reclaiming the title Lord Graistan for his brother. If doing that requires him to destroy Anne, so be it…even if her destruction costs him his life.

But a tide of betrayal sweeps Anne and Christopher into a dangerous dance of plots to defy crown and country that could ultimately cost them their lives, and their love. 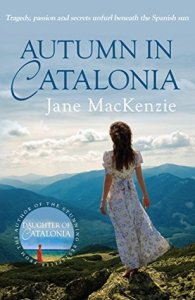 Autumn in Catalonia by Jane MacKenzie. One from my wishlist at a bargain 98p for Kindle

It is 1963, and in her mansion in the foothills of the Pyrenees, Joana idles her days away, banished by her powerful husband and alienated from her family. Hating all her parents stand for, Carla has embraced the student movement against the Franco regime, but she has been watched, and, just before their wedding, her beloved fiancé is arrested. Carla runs to her grandmother, Maria, terrified and powerless to help either Luc or herself. Maria shelters her, but is left wondering again why Joana married into the Franco regime and abandoned her family?

This is the story of three generations of women, torn apart by the Spanish Civil War, and by one determined man. Can the arrival of an unknown cousin help them unite face the enemy together, despite their ghosts and regrets, one autumn in Catalonia? 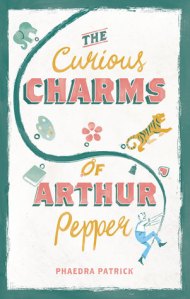 The Curious Charms of Arthur Pepper by Phaedra Patrick. One of the joys of NetGalley is discovering the interesting and quirky before they are published. This is a review download due for publication on 7 April.

When Arthur Pepper discovers a mysterious charm bracelet in his late wife’s wardrobe, he sets off on a journey to discover, charm by charm, her secret life before they met.

Having been married for over 40 years, 69-year-old Arthur Pepper is mourning the loss of his wife. On the anniversary of her death, he finally musters the courage to go through her possessions, and happens upon a charm bracelet that he has never seen before.

What follows is a surprising adventure that takes Arthur from London to Paris and India in an epic quest to find out the truth about his wife’s secret life before they met, a journey that leads him to find healing, self-discovery, and love in the most unexpected of places. 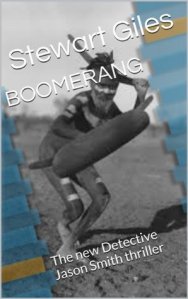 Boomerang by Stewart Giles. Having picked up books 1 & 3 in the series, this is number 2 which appeared as a Kindle freebie. Set in York, it has an instant appeal to this Yorkshire tyke!

A man is killing people in York. Initially the murders appear to be the random acts of a maniac. Detective Jason Smith is put in charge of the investigation. It soon becomes clear that the murders are all connected to him in one way or another. All of the killings correspond to events in Smith’s life and the murderer leaves dates at the crime scene which tie up to important dates in Smith’s history. When one of the dates is a time before Smith was even born, he realises he must look deep into the past to find a way to stop the worst spate of murders in York’s long history. 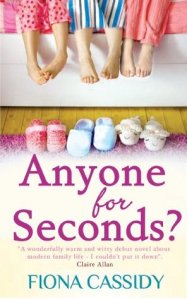 Anyone for Seconds by Fiona Cassidy. Another Kindle freebie.

Meet Frankie McCormick, lone parent to Ben and Carly, PR guru and a woman who finds men who wear glasses irresistible.
Enter Owen Byrne (Clark Kent minus the manky Y-fronts). He’s sexy, dynamic and is everything a girl could wish for.
The one fly in the ointment comes in the form of his horrendous teenage daughter, the seriously misnamed Angelica.
The path of true love never runs smooth but for Frankie and Owen the road is particularly treacherous (a minefield would be safer). Family crises, interfering in-laws (or is that outlaws?) and a bittersweet tragedy all culminate to test their relationship while faces from the past threaten their future as a family.
Second chances don’t pop up very often and when they do it’s best to grab them with both hands. Will Frankie and Owen have the courage to stand together and become a family with 2.4 children or is that 3.6 children? 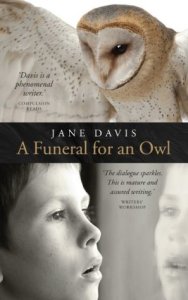 A Funeral for an Owl by Jane Davis. Described by one reviewer as having ‘All the heartbreak of A Kestrel for a Knave (Kes) and then some. Imagine Billy Casper living in South London in the 1990s’, picked up as a Kindle freebie.

What kind of a boy would it take to convince two high school teachers to risk their careers?

“Let me tell you what I’m willin’ to do for you. We start a new gang. Very exclusive. You and me.”

Times have changed since Jim Stevens chose to teach. Protocol designed to protect children now makes all pupil/teacher relationships taboo – even those that might benefit a student.

“Promise me one thing, Sir. If you decide you gotta pick up that phone, you tell me first so that I can disappear myself. Because I ain’t havin’ none of that.”

What kind of boy would cause Jim to risk his career? A boy who can clothe a word in sarcasm; disguise disdain with respect. So what is it that Jim finds he has in common with 14-year-old Shamayal Thomas as they study the large framed photograph of an owl that hangs above the fireplace? It is Aimee White’s owl, to be specific. At least, that’s how Jim thinks of it.

“The wings, all spread out and that? They’re kind of like an angel’s.”

A rule-keeper, Ayisha Emmanuelle believes the best way to avoid trouble is by walking away. But, arriving on the scene of what appears to be a playground fight, that isn’t an option. To her horror she finds her colleague Jim Stevens has been stabbed. In the messy aftermath, when Shamayal discloses that he and Jim are friends, Ayisha’s first duty is to report her colleague. But, not knowing if he will pull through, something makes her hesitate. Now, all she can do is wait to see if her instinct was justified. And waiting is something Ayisha has never been very good at.

A powerful exploration of the ache of loss, set in a landscape where broken people can find each other. 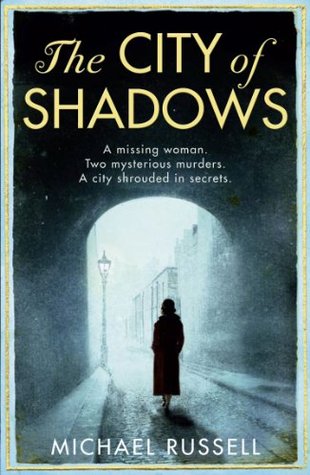 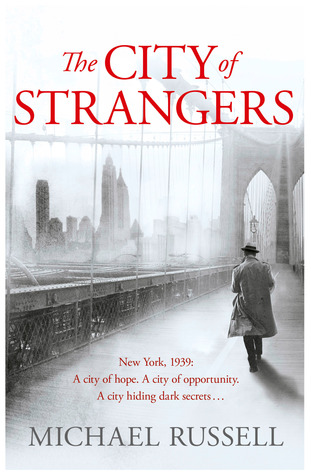 The City of Shadows and The City of Strangers by Michael Russell. Both available for Kindle at 99p a bargain.

‘She looked up at the terraced house, with the closed shutters and the big room at the end of the long unlit corridor where the man who smiled too much did his work. She climbed the steps and knocked on the door…’

Dublin 1934: Detective Stefan Gillespie arrests a German doctor and encounters Hannah Rosen desperate to find her friend Susan, a Jewish woman who had become involved with a priest, and has now disappeared.

When the bodies of a man and woman are found buried in the Dublin mountains, it becomes clear that this case is about more than a missing person. Stefan and Hannah trace the evidence all the way across Europe to Danzig.

In a strange city where the Nazi Party are gaining power, Stefan and Hannah are inching closer to the truth and soon find themselves in grave danger…

Garda Sergeant Stefan Gillespie is sent to America to bring a killer to justice, but his mission soon becomes part of an increasingly personal struggle. A chance encounter with an old friend draws him deep into a chilling network of conspiracy, espionage and terror with disturbing connections to home.

He becomes more involved than he should in an Irish woman’s bid for freedom from the clutches of the Manhattan underworld, and discovers that the war that is looming in Europe is already being played out here on the streets, with deadly consequences.

In this time when people must make a stand for what they believe in, the stakes for Stefan Gillespie, and everything he holds dear, couldn’t be higher.

Elegant and atmospheric, The City of Strangers is a perfect thriller for fans of C.J. Sansom and Carlos Ruiz Zafon.