Circling the Sun by Paula McLain. The first of this week’s review copies via NetGalley

Brought to Kenya from England as a child and then abandoned by her mother, Beryl is raised by both her father and the native Kipsigis tribe who share his estate. Her unconventional upbringing transforms Beryl into a bold young woman with a fierce love of all things wild and an inherent understanding of nature’s delicate balance. But even the wild child must grow up, and when everything Beryl knows and trusts dissolves, she is catapulted into a string of disastrous relationships.

Beryl forges her own path as a horse trainer, and her uncommon style attracts the eye of the Happy Valley set, a decadent, bohemian community of European expats who also live and love by their own set of rules. But it’s the ruggedly charismatic Denys Finch Hatton who ultimately helps Beryl navigate the uncharted territory of her own heart. The intensity of their love reveals Beryl’s truest self and her fate: to fly.

The Second Chance Shoe Shop by Marcie Steele (aka Mel Sherratt). Another review copy via NetGalley.

All Riley Flynn wants is to meet someone who makes her happy. But attracting the right kind of man is not easy, and with her heart still hurting from her last break-up, Riley believes she’ll never find love again.

A year ago, Sadie Stewart’s whole world was shattered when her husband, Ross, died. She has struggled to keep herself together for the sake of their young daughter, but with the anniversary of his death approaching, Sadie finds herself overwhelmed by grief.

Sadie and Riley work at Chandlers shoe shop, in the charming town of Hedworth. But when Chandlers is threatened with closure, the friends are confronted with the loss of not only their jobs, but also their support network – the glue that holds them together when they are close to breaking.

As they put together a plan to save their beloved shop, Sadie realises that she might just be learning to live again. Could it be that new beginnings are just round the corner? The campaign also finds Riley unexpectedly crossing paths with charming photographer, Ethan. Maybe her second chance at love is right under her feet …

Her Secret Rose by Orna Ross. Another review copy via NetGalley. I have long been fascinated by the ‘love story’ by William Butler Yeats and Maude Gonne, so this looks a perfect read.

Willie Yeats was 23 years old in 1889, when Maud Gonne, six feet tall, elegantly beautiful and passionately political, came calling to his house and “the troubling of his life” began.

He spread his dreams under her feet, as they set about creating a new Ireland, through his poetry and her politics, and their shared interest in the occult.

Yeats forged a poetic career from his unrequited love for Gonne, his unattainable muse. But, as this novel says, “when looked at from the woman’s side of the bedsheet, most tales take a turning, and this one more than most.”

Delving deep into their letters and journals, and communications of the family and friends around them, uncovers a story that doesn’t quite fit the poetic myth.

Packed with emotional twists and surprises, Her Secret Rose is a novel of secrets and intrigue, passion and politics, mystery and magic, that brings to life 1890s Dublin, London and Paris, two fascinating characters — and a charismatic love affair that altered the course of history for two nations.

At the Edge of the Orchard by Tracey Chevalier. Thanks to Joanne over at portobellobookblog for this, which I was lucky enough to win in a Giveaway.

1838: James and Sadie Goodenough have settled where their wagon got stuck – in the muddy, stagnant swamps of northwest Ohio. They and their five children work relentlessly to tame their patch of land, buying saplings from a local tree man known as John Appleseed so they can cultivate the fifty apple trees required to stake their claim on the property. But the orchard they plant sows the seeds of a long battle. James loves the apples, reminders of an easier life back in Connecticut; while Sadie prefers the applejack they make, an alcoholic refuge from brutal frontier life.

1853: Their youngest child Robert is wandering through Gold Rush California. Restless and haunted by the broken family he left behind, he has made his way alone across the country. In the redwood and giant sequoia groves he finds some solace, collecting seeds for a naturalist who sells plants from the new world to the gardeners of England. But you can run only so far, even in America, and when Robert’s past makes an unexpected appearance he must decide whether to strike out again or stake his own claim to a home at last.

Chevalier tells a fierce, beautifully crafted story in At the Edge of the Orchard, her most graceful and richly imagined work yet. 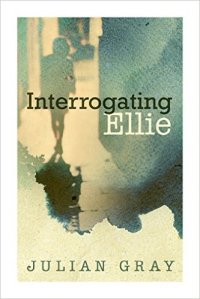 Interrogating Ellie by Julian Gray. First purchase of the week, a Kindle Countdown Deal for 99p.

On the eve of World War II a naïve young woman makes a fateful decision: she will abandon her British citizenship and go to live in Nazi Austria. When her marriage breaks down and she finds herself alone in an enemy land, her passionate, restless nature drives her in a struggle for survival against the odds.
Who can she trust? And ultimately, who can she love?
Interrogating Ellie is based on a true story.

These Days of Ours by Julie Ashton. Another bargain Kindle buy at 99p. Paperback due for publication on 7th April.

A novel about love. Raw important love. Small, beautiful love. And what happens when the person you love cannot be yours… Perfect for fans of Rowan Coleman, Jane Green and David Nicholls.

Kate and Becca are cousins and best friends. They have grown up together and shared all the most important milestones in their lives: childhood birthday parties, eighteenth birthdays, and now a wedding day as they each marry their childhood sweethearts, Charlie and Julian.

Kate has always loved Charlie – they were meant to be. Then she discovers that life never turns out quite how you expect it to. And love doesn’t always follow the journey it should.

But best friends are forever, and true love will find a way, won’t it…?

Finally a round up of this week’s kindle freebies 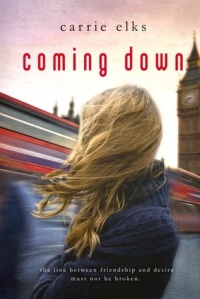 Coming Down by Carrie Elks

To St Petersburg with Love by Mel Cormican

Eastwards Towards India at 15km/h by Vladimir Harizanov

A Coil of Rope by J F Straker

Rain on Your Wedding Day by Curtis Edmonds

Batter Up by Robyn Neeley

Under the Ice by Aaron Paul Lazar 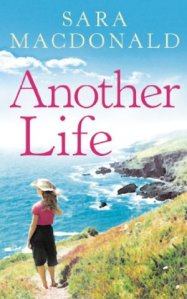 Another Life by Sarah MacDonald