Yet again I seem to have acquired rather a lot this week. As ever the list starts with review copies. 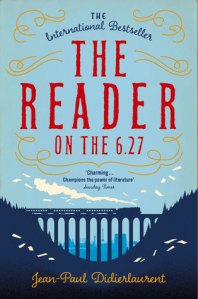 The Reader on the 6:27 by Jean-Paul Didierlaurent. I spotted this on someone else’s round up and was drawn in by the cover as it reminded me of the Ribblehead viaduct. It is already published so available to buy, but also still on NetGalley to request.

An international bestseller, The Reader on the 6.27 is ready to take you on a journey . . .

Guylain Vignolles lives on the edge of existence. Working at a book pulping factory in a job he hates, he has but one pleasure in life . . .

Sitting on the 6.27 train each day, Guylain recites aloud from pages he has saved from the jaws of his monstrous pulping machine.

But it is when he discovers the diary of a lonely young woman, Julie – a woman who feels as lost in the world as he does – that his journey will truly begin . . .

The Reader on the 6.27 is a tale bursting with larger-than-life characters, each of whom touches Guylain’s life for the better. For fans of Amelie and Mr Penumbra’s 24-hour Bookstore, this captivating novel is a warm, funny fable about literature’s power to uplift even the most downtrodden of lives. 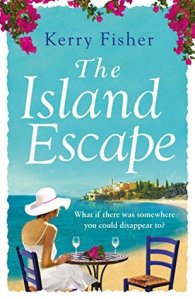 The Island Escape by Kerry Fisher. Another review copy via NetGalley. Again already published and currently available for 99p

Octavia Shelton thought she’d have a different life. One where she travelled the world with an exotic husband and free-spirited children in tow.

Instead she’s married to safe, reliable Jonathan, and her life now consists of packed lunches, school runs and mountains of dirty washing. She’s not unhappy. It’s just that she can barely recognise herself.

So as Octavia watches her best friend’s marriage break up, it gets her thinking. What if life could be different? What if she could escape and rediscover the person she used to be? Escape back to the island she visited years ago? And what if the man she used to love was there waiting for her? 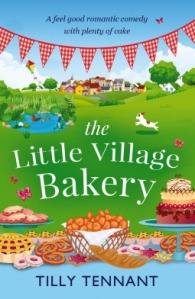 Help yourself to a generous slice of Victoria sponge, a perfect cup of tea and a big dollop of romance. Welcome to the Little Village Bakery.

Meet Millie. Heartbreak has forced her to make a new start and when she arrives at the old bakery in the little village of Honeybourne she is determined that this will be her home sweet home. Her imagination has been captured by the tumbledown bakery but with no running water and dust everywhere, her cosy idea of making cakes in a rural idyll quickly crumbles.

Luckily the locals are a friendly bunch and step in to help Millie. One in particular, Dylan, a laid-back lothario, soon captures her attention.

But just as Millie is beginning to settle in, an unexpected visitor from her past suddenly turns up determined to ruin everything for her. It’s time for Millie to face the skeletons in her closet if she’s going to live the dream of running her little village bakery, and her blossoming romance with Dylan. 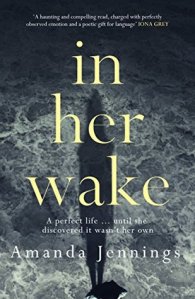 In her Wake by Amanda Jennings. I keep reading good things about this so was delighted to spot it available for 99p.

A perfect life … until she discovered it wasn’t her own… A tragic family event reveals devastating news that rips apart Bella’s comfortable existence. Embarking on a personal journey to uncover the truth, she faces a series of traumatic discoveries that take her to the ruggedly beautiful Cornish coast, where hidden truths, past betrayals and a 25-year-old mystery threaten not just her identity, but also her life. Chilling, complex and profoundly moving, In Her Wake is a gripping psychological thriller that questions the nature of family – and reminds us that sometimes the most shocking crimes are committed closest to home. 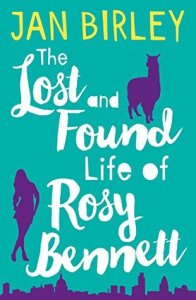 The Lost and Found Life of Rosy Bennett. One from my wishlist in the May sale at 99p

Rosy loved her London life – her job in a designer shop, her gorgeous West London family house and of course her gorgeous family (although young sons are enough to test anyone at times). All that disappears when, one unremarkable morning, after one unremarkable school run, her husband collapses on a crowded tube carriage and dies.
As she struggles her way through the grief, she discovers her husband’s secret life: secrets accounts, secret deals that their solicitor knew nothing of, secret debts and what looks like a secret “very close friend” at least.
Totally unprepared and suddenly in debt, Rosy is forced to leave London to start a new life with her incredibly reluctant boys in the countryside. Can angsty urban teenagers cope with farm life, let alone enjoy it? More to the point, can their mother? It’s certainly not going to be easy but when you are at rock bottom the only way is up. 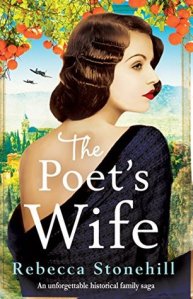 The Poet’s Wife by Rebecca Stonehill. One I couldn’t resist, not only is the cover absolutely gorgeous but it’s also a historical family sage set in Granada which feeds my obsession with anything Spanish. Another bargain at 99p

Granada, 1920. Free-spirited Luisa and young poet Eduardo fall in love, cementing a bond that can never be broken.

Behind the jasmine filled courtyard, perched amongst houses like clouds on a hilltop, stands a beautiful villa; Carmen de las Estrellas. Beneath its walls live Eduardo and Luisa with their thriving family, but war is looming, casting its shadow over the household.

When Civil War finally breaks out, Luisa and Eduardo must fiercely protect those dear to them. Yet these are turbulent times, and as each of their children begin to make their way in the world, the solace of home cannot shield them from the horrors of war. 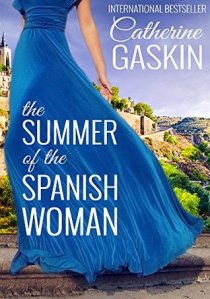 The Summer of the Spanish Woman by Catherine Gaskine. An irresistable one for me featuring Ireland, Spain AND sherry! A Kindle bargain at 99p

The dramatic blockbuster that takes you from the windy shores of Ireland to the sun-baked earth of Spain; this is a gripping story of family pride, forbidden love, secrets and lies. Beginning at the turn of the last century and spanning the First World War and the Spanish Civil War, The Summer of the Spanish Woman is another spellbinding page-turner from the pen of the bestselling author of The Property of a Gentleman and Sara Dane.

When her grandfather dies without leaving a male heir, Charlotte Drummond and her mother are forced to leave their family home, Clonmara. A distant cousin, Richard Selwin, inherits her grandfather’s estate and the title of Lord Blodmore. He also claims Charlotte’s heart, but a cruel twist of fate prevents them from being together.

Charlotte and her mother begin a new life in the Spanish town of Jerez among the families and vineyards of the great Spanish sherry dynasties. There she discovers the surprising secrets of her grandfather’s younger life, and the mystery surrounding “the Summer of the Spanish Woman” many decades before. As Charlotte learns more about the events of that long-ago summer she realises that its far-reaching consequences stretch into the present. Drawn into a web of deceit and vengeance, her destiny is shaped by both her enemies and her allies in this foreign land. And she must confront Isabel, Marquesa de Pontevedra, whose presence casts light or shadow over those whose lives she seeks to control.

A brilliant family saga which paints a vivid picture of life among the sherry makers of early twentieth century Spain and the turmoil of the Spanish Civil War. 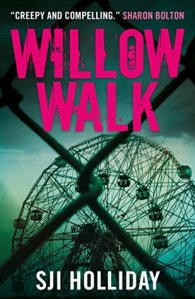 Willow Walk by SJI Holliday. A Kindle bargain at 98p

When the past catches up, do you run and hide or stand and fight?

When a woman is brutally attacked by an escaped inmate from a nearby psychiatric hospital, Sergeant Davie Gray must track him down before he strikes again. But Gray is already facing a series of deaths connected to legal highs and a local fairground, as well as dealing with his girlfriend Marie’s increasingly bizarre behaviour.

As Gray investigates the crimes, he comes to realise that there has to be a link between Marie and the man on the run. It’s the only thing that makes any sense. But he also knows that if he confronts her with the truth, he risks losing everything.

As a terrified Marie is pulled back into a violent past she thought she’d escaped, she makes a life-changing decision. And when events come to a head at a house party on Willow Walk, can Gray piece together the puzzle in time to stop the sleepy town of Banktoun being rocked by tragedy once again? 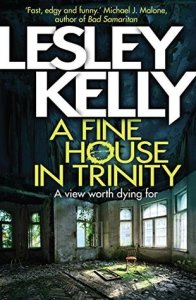 A Fine House in Trinity by Lesley Kelly. I had this on my wishlist after reading reviews and seeing it on several blog tours. A Kindle bargain at £1

Joseph Staines, an unemployed chef, has left Edinburgh with the tallybook of the late debt collector, Isa Stoddart. Her son Lachie thinks Stainsie killed her, but Lachie has apparently committed suicide. To his surprise, Stainsie is the sole beneficiary of Lachie’s will and has inherited a dilapidated mansion. Isa’s debtors and the local priest who paid Stainsie to leave town want him gone. A certain young mum, Marianne (whose uncle, Wheezy, is Stainsie’s drinking buddy) does too, and his old school-friend, Detective Sergeant Jamieson, wants to interrogate him about the deaths. Why are the lawyers lying to him, and who’s the bruiser asking about him down the pub?

This weeks charity shop haul for the grand sum of £2.50 with the inclusion of Wives and Stunners a hardback I’ve had on my wishlist for a while.

Wives and Stunners: the Pre-Raphaelites and their Muses by Henrietta Garnett

Witness the Dead by Craig Robertson

The Unbearable Lightness of Scones by Alexander McCall Smith

Finally a round up of this week’s Kindle freebies

Elizabeth the Beloved by Maureen Peters

The Perils of Skinny Dipping by J A Sandilands