We’ll Always have Paris by Sue Watson. Thanks to Cara Diaz from Little Brown for inviting me to read this, especially as I already had my eye on it 😁

When she was almost seventeen, Rosie Draper locked eyes with a charismatic student called Peter during their first week at art college, changing the course of her life forever. Now, on the cusp of sixty-five and recently widowed, Rosie is slowly coming to terms with a new future. And after a chance encounter with Peter, forty-seven years later, they both begin to wonder ‘what if’ . . .

Told with warmth, wit and humour, We’ll Always Have Paris is a charming, moving and uplifting novel about two people; the choices they make, the lives they lead and the love they share. 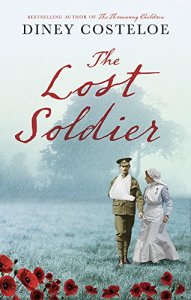 The Lost Soldier by Diney Costeloe. Kindle bargain at 90p

Eight ash trees were planted in the sleepy village of Charlton Ambrose, as a timeless memorial to the men killed in the Great War. One dark and chilly night in 1921, a ninth tree appears. Who planted it and why? And who was ‘the unknown soldier’ for whom it is marked?

Eighty years later, the memorial is under threat from developers. Local reporter, Rachel Elliott, is determined not only to save it, but to solve the mystery of the ninth tree. She has no idea that the trail will take her back into the dark heart of her own gripping family history; to a great, but tragic, love and the sacrifice to which it led, in the war to end all wars.

This book was previously published as The Ashgrove 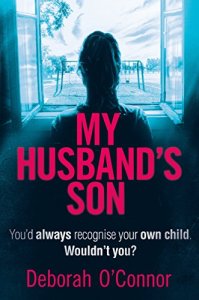 My Husband’s Son by Deborah O’Connor. Published this week at a bargainous 98p.

Six years ago, Heidi’s daughter was murdered. A year later, Jason’s son Barney disappeared. Their shared loss brought them together.

By chance, Heidi meets a boy she’s certain is Barney.

But Jason is equally convinced it’s not him.

Is Heidi mad? Or is Jason hiding something? And can their fragile marriage survive Heidi’s newfound quest for the truth . . . 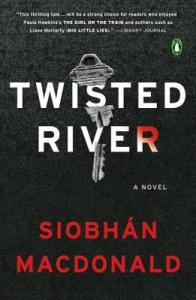 Limerick, Ireland: Oscar Harvey finds the body of a woman in a car boot, beaten and bloody. But let’s start at the beginning…

Kate and Mannix O’Brien live in a lovely Limerick house they can barely afford. Their autistic son is bullied at school and their daughter Izzy wishes she could protect him. When Kate spots a gorgeous New York flat on a home-exchange website, she decides her family needs a holiday.

Hazel and Oscar Harvey, and their two children, live on Manhattan’s Upper West Side. Though they seem successful, Hazel has mysterious bruises and Oscar is hiding something.

Hazel is keen to revisit her native Limerick, and the house swap offers a perfect chance to soothe both troubled marriages.

But this will be anything but a perfect break. And the body is just the beginning. 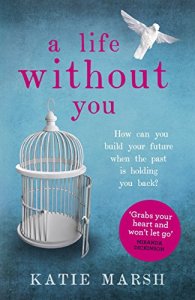 A Life Without You by Katie Marsh. Kindle bargain 99p.

Can you ever outrun the past?

It’s Zoe’s wedding day. She’s about to marry Jamie, the love of her life. Then a phone call comes out of the blue, with the news that her mum Gina has been arrested. Zoe must make an impossible decision: should she leave her own wedding to help?

Zoe hasn’t seen Gina for years, blaming her for the secret that she’s been running from ever since she was sixteen. Now, Gina is back in her life, but she’s very different to the mum Zoe remembers. Slowly but surely, Gina is losing her memory.

As she struggles to cope with Gina’s illness, can Zoe face up to the terrible events of years ago and find her way back to the people she loves?