Gracias to Annie my blogging friend and (new found Spanish teacher!) for tagging me in this challenge. 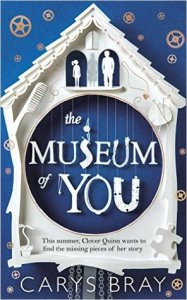 Stand out book so far for me is The Museum of You by Carys Bray. As per my review:-

No over-hyped plot lines, no dramatic twists, just brilliant characterisation and evocative writing. The author writes about the ordinary and everyday  minutiae of love, life, friendships and relationships in such a way as to really get to the heart of what makes things tick.

Play Dead by Angela Marsons. I’m a great fan of the DI Kim Stone series, I love the plot lines, the characterisation and most of all Kim.

» New Release You Haven’t Read Yet But Want To 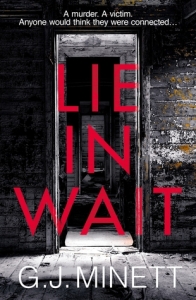 Lie in Wait by M J Minett. His debut novel Hidden Legacy was one of my 5* reads from last year so I can’t wait to read this. I have bought it, and the feedback/reviews so far suggest I won’t be disappointed.

» Most Anticipated Release for the Second Half of the Year

This Secret We’re Keeping by Rebecca Done received rave reviews when first published and I was keen to see what all the fuss was about. The answer is I don’t know. I found the characters unsympathetic, the story in parts implausible and clearly didn’t “get” what everyone else did. Interestingly the reviews are now a bit more mixed so my reaction is less out of sync.

The Secret Diary of Hendrik Groen 83¼ years Old  This has received high praise so it wasn’t that I didnt expect to like it, but I was surprised at how ‘undiary’ like it felt and how emotional it was. I anticipated an episodic, fun read but got much, much, more.

Oh dear, this was always going to be a hard one and as Annie allowed herself more than one, I feel I’m allowed too. Purely based on reads so far this year they are – in no particular order: –

Marcus, the next door neighbour and teacher in Julia Cohen’s Falling. I first read this back in January as The Day of second Chances before the publication date was put back and the title changed. However he has still stuck with me since then. I won’t say too much about him, but urge you to discover him for yourself!

This one was easy and has to be Frank Banning from Julia Claiborne Johnson’s Be Frank With Me. The book is brilliant and Frank is an absolute delight or as he’s described in the book a “peacock in a barnyard full of chickens”.

» Book That Made You Cry

There’s been two that really had me in tears and they are The Summer Before the War by Helen Simonson and My Name is Leon by Kit de Waal.

» Book That Made You Happy 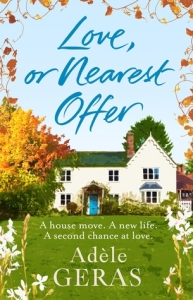 I really enjoyed Love or Nearest Offer by Adele Geras. It was a feel good book that finished with a happy ending for all (sorry if that’s spoiled it) 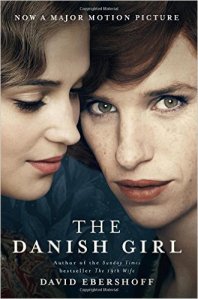 The Danish Girl by David Ebershoff, absolutely loved everything about this film.

Probably this one. As I’ve yet to strike out into Blog Tour, Interviews and interesting bookish posts, this is the nearest I’ve got to anything other than a review.

OK definite difference between need and want so have gone for those on my review list (but I’m only admitting to those published or agreed from August onwards!)

I’m loathe to nominate specific people because I know you all have far more organised and busy blog schedules than me but it would be great if some of my blogging friends would take up the baton.

Delighted to see that so far Keeper of Pages and Book Addict Rambles have joined in so hop over and have a look at their choices.