Carrying Albert Home by Homer Hickam. I love quirky books and think this looks to fit the bill perfectly. (99p)

A journey of a thousand miles. With an alligator on the back seat. And John Steinbeck as a passenger.

This is a tale where everything is true,except the bits that are made up.

In 1930s America, the Great Depression made everyone’s horizons smaller, and Elsie Lavender found herself back where she began, in the coalfields of West Virginia.
She had just one memento of her halcyon days – a baby alligator named Albert.

Then one day, her husband’s stoical patience snapped and Elsie had to choose between Homer and Albert.
She decided that there was only one thing to do: they would carry Albert home to Florida.

And so began their odyssey – a journey like no other, where Elsie, Homer and Albert encountered everything from movie stars and revolutionaries to Ernest Hemingway and hurricanes in their struggle to find love, redemption,
and a place to call home. 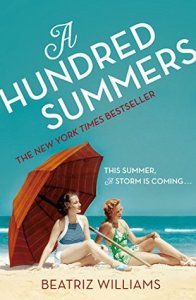 A Hundred Summers by Beatriz Williams.Loved the cover and the blurb looks good. (99p)

Rhode Island, 1938. A sweltering summer of secrets, passion and betrayal…

‘I wish I could remember more. I wish I had taken down every detail, because I didn’t see him again until the summer of 1938; the summer the hurricane came and washed the world away…’

Lily Dane has returned to the exclusive enclave of Seaview, Rhode Island, hoping for an escape from the city and from her heartbreak. What she gets instead is the pain of facing newlyweds Budgie and Nick Greenwald – her former best friend and former fiancé.

During lazy days and gin-soaked nights, Lily is drawn back under Budgie’s glamorous and enticing influence, and the truth behind Budgie and Nick’s betrayal of Lily begins to emerge. And as the spectre of war in Europe looms, a storm threatens to destroy everything…

Breakfast Under a Cornish Sky by Samantha Tonge. Swayed by the mention of Poldark in the week that saw the long awaited return of  the series.  (99p)

Dreaming of the perfect man?

Kate Golightly needs to move forward and what better way to do that then with a trip to the Cornish coast with best friend and boss, Izzy.

The sea wind is just what Kate needs to finally relax and begin to let go of her past. Except she’s suddenly got one big reason to panic! She RSVP’d ‘yes’ to the Queen Bee of her high school’s wedding saying she’s bringing her boyfriend (she doesn’t have one) who looks just like Ross Poldark!

Books 2-5 in the Fogas series by Julia Stagg. I read the first one a while ago and snapped these up in the Today’s Big Deal Sale. (99p each)

Cri de coeur . . .
When Stephanie brains an intruder with a stale baguette, she doesn’t realise she has assaulted the new owner of the village grocery. Fabian’s welcome goes from bad to worse as his attempts to drag the shop into the modern age are met with a resounding non! by the residents of the small commune of Fogas in the French Pyrenees. He is on the verge of admitting defeat when he’s hit by a coup de foudre and falls in love.
Stephanie herself is too busy for l’amour. Working at l’Auberge and getting her garden centre off the ground is taking all her energy. She doesn’t even notice that her daughter Chloé has something on her mind. Troubled by a sinister stranger she has seen loitering in the village, Chloé has no one to turn to. Her only hope is that someone hears her cries for help before it’s all too late.
In a chanson d’amour with more twists than a mountain road, the unexpected is just around the corner.

When her post office burns down, postmistress Veronique starts lobbying for its replacement. But her fellow residents of the small commune of Fogas in the French Pyrenees are too preoccupied to rally to her cause.
Mayor Serge Papon, overwhelmed by grief at the death of his wife, has lost his joie de vivre and all taste for village politics (and croissants) and it seems as though deputy mayor Christian (whosetendresse for Veronique makes him her usual champion) will soon be saying au revoir to the mountain community. And to Sarko the bull.
Add to this a controversial government initiative to reintroduce bears to the area and soon the inhabitants are at loggerheads, threatening the progress of the sacred Tour de France and the very existence of Fogas itself.

A Fete to Remember

It’s summertime in the French Pyrenees and the mountain commune of Fogas is en fête. But Christian Dupuy has no time for the frivolity of les vacances. For a start, he’s just been struck by the arrows of l’amourand doesn’t have a clue how to approach the woman who’s stolen his heart.

Then there is the not-so-small matter of local politics. With moves afoot to wipe his community from the map, Christian has to enter the fray once more to save the place that he cherishes.

In the midst of a sweltering heatwave and with the residents of Fogas at each other’s throats over their future, the lovesick and embattled deputy mayor must decide if all really is fair in love and war.

Last Chance in the Pyrenees

When tragedy strikes the small mountain village of Fogas in the French Pyrenees, the residents must once more rally round to protect their precious way of life – and this time the stakes are higher than ever.
A struggle for the town hall sees political ambition rise to ever more dangerous – even life-threatening – levels, crucial relationships are tested and a deadly plot for revenge and retribution has terrible consequences . . .
But among the grief and drama come love, laughs and new beginnings. And in good times and bad, the value our villagers place on community and friendship has never been greater.

The Unexpected Inheritance of Inspector Chopra by Vaseem Khan. Who can resist a plot that includes inheriting an elephant? (99p)

On the day he retires, Inspector Ashwin Chopra discovers that he has inherited an elephant: an unlikely gift that could not be more inconvenient. For Chopra has one last case to solve…
But as his murder investigation leads him across Mumbai – from its richest mansions to its murky underworld – he quickly discovers that a baby elephant may be exactly what an honest man needs.
So begins the start of a quite unexpected partnership, and an utterly delightful new series.

All Fall Down by Tom Bale. Thriller that is getting a lot of good reviews (99p)

You tried to save a life. Now you’re fighting to save your own.

It’s the perfect Sunday. Summer sunshine, a barbecue with the kids.
But a knock on the garden gate and two words, ‘HELP ME’, changes everything.

When loving parents Rob and Wendy Turner let a dying man into their home, and do their best to help him, they think pure chance led him to their house. But soon their lives are threatened in ways they could never have imagined … and then the first anonymous letter arrives, forcing them to question all they know.

Rob and Wendy will do anything to keep their family safe, but their children Georgia, Josh and Evan are teenagers now, with their own hidden lives.

Everyone has secrets, but how can you save your family, if you don’t really know them? 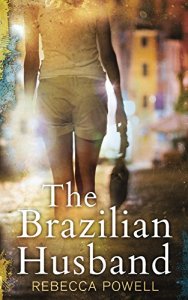 “…scrawled in biro, the words which had brought me here…

Determined to honor her late husband’s final request, Judith and her teenage step-daughter, Rosa, set out on a journey from London to Brazil to track down his family and take his ashes home.

But when Judith’s search leads her to Ricardo, a handsome but haunted human rights lawyer, she begins to unravel a web of lies surrounding her husband’s past: a past which is about to come crashing into their present in the form of Rosa’s real mother.

As the two women navigate their way through this vibrant country of contrasts, they find themselves struggling to salvage their own fractured relationship and put the past behind them.

Lie With Me by Sabine Durrant (99p)

It starts with a lie. The kind we’ve all told – to a former acquaintance we can’t quite place but still, for some reason, feel the need to impress. The story of our life, embellished for the benefit of the happily married lawyer with the kids and the lovely home.

And the next thing you know, you’re having dinner at their house, and accepting an invitation to join them on holiday – swept up in their perfect life, the kind you always dreamed of…

Which turns out to be less than perfect. But by the time you’re trapped and sweating in the relentless Greek sun, burning to escape the tension all around you – by the time you start to realise that, however painful the truth might be, it’s the lies that cause the real damage…

Gone With the Wind by Margaret Mitchell (49p). From someone who has only seen the film I decided to buy the book (as if I didn’t have enough already without adding a tome comprising 1057 pages!)

Since its original publication in 1936, Gone With the Wind—winner of the Pulitzer Prize and one of the bestselling novels of all time—has been heralded by readers everywhere as The Great American Novel.

Widely considered The Great American Novel, and often remembered for its epic film version, Gone With the Wind explores the depth of human passions with an intensity as bold as its setting in the red hills of Georgia. A superb piece of storytelling, it vividly depicts the drama of the Civil War and Reconstruction.

This is the tale of Scarlett O’Hara, the spoiled, manipulative daughter of a wealthy plantation owner, who arrives at young womanhood just in time to see the Civil War forever change her way of life. A sweeping story of tangled passion and courage, in the pages of Gone With the Wind, Margaret Mitchell brings to life the unforgettable characters that have captured readers for over seventy years.

Mercy Killing by Lisa Cutts (99p). Police procedural written by an insider so I’m looking forward to this one.

The death of a local sex offender places the police officers at East Rise incident room under immense pressure – they must treat this case like any other murder, but they know what Albie Woodville did and can feel little sympathy. Except, as the investigation progresses, it becomes clear this isn’t just a one-off killing – someone is out for revenge …

An End to a Silence by W H Clark

Pioneer on a Mountain Bike by Dianne Fallon

Flight to Spain by Kenneth Fretwall

The Body at Auer Cliff by Amy Cross

My Girl by Jack Jordan