The White Camellia by Juliet Greenwood. Paperback kindly provided by the author.

1909. Cornwall. Her family ruined, Bea is forced to leave Tressillion House, and self-made business woman Sybil moves in. Owning Tressillion is Sybil’s triumph – but now what? As the house casts its spell over her, as she starts to make friends in the village despite herself, will Sybil be able to build a new life here, or will hatred always rule her heart?

Bea finds herself in London, responsible for her mother and sister’s security. Her only hope is to marry Jonathon, the new heir. Desperate for options, she stumbles into the White Camellia tearoom, a gathering place for the growing suffrage movement. For Bea it’s life-changing, can she pursue her ambition if it will heap further scandal on the family? Will she risk arrest or worse?

When those very dangers send Bea and her White Camellia friends back to Cornwall, the two women must finally confront each other and Tresillion’s long buried secrets.

Swimming Lessons by Claire Fuller. Courtesy of NetGalley and due for publication on 26 Jan 2017.

‘Gil Coleman looked down from the window and saw his dead wife standing on the pavement below.’

A possible sighting brings their children, Nan and Flora, home. Together they begin to confront the mystery of their mother. Is Ingrid dead? Or did she leave? And do the letters hidden within Gil’s books hold the answer to the truth behind his marriage, a truth hidden from everyone including his own children? 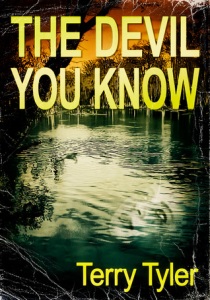 The Devil You Know by Terry Tyler. E copy kindly provided by the author

Every serial killer is someone’s friend, spouse, lover or child….

Young women are being murdered in the Lincolnshire town of Lyndford, where five people fear someone close to them might be the monster the police are searching for.
One of them is right.

Juliet sees an expert’s profile of the average serial killer and realises that her abusive husband, Paul, ticks all the boxes.

Maisie thinks her mum’s new boyfriend seems too good to be true. Is she the only person who can see through Gary’s friendly, sensitive façade?

Tamsin is besotted with her office crush, Jake. Then love turns to suspicion…

Steve is used to his childhood friend, Dan, being a loud mouthed Lothario with little respect for the truth. But is a new influence in his life leading him down a more sinister path?

Dorothy’s beloved son, Orlando, is keeping a secret from her—a chilling discovery forces her to confront her worst fears.

Surfing in Stilettos by Carol Wyer. Paperback kindly provided by the author.

Amanda Wilson is all geared up for an exciting gap-year, travelling across Europe. She soon finds her plans thwarted when she is abandoned in France with only a cellarful of Chateau Plonk, a large, orange Space Hopper, and Old Ted, the dog, for company. Fate has intervened to turn Amanda’s life on its head. First, Bertie, the camper van, breaks down. Then her dopey son, Tom, who is staying in their house in the UK, is wrecking it, one piece at a time. Next, the jaw-dropping video Skype calls that her irrepressible mother insists on making are, by contrast, making Amanda’s humdrum trip even less palatable. Finally, she discovers that her new-found, French friend, Bibi Chevalier, had engineered a plan to ensure that her philandering husband would never stray again; unfortunately, Amanda is unwittingly drawn into the scheme, becoming a target. Meanwhile, on a beach in Sydney, a lonely Todd Bradshaw realises that his first true love, Amanda Wilson, is definitely the only woman for him. Can he get back into her good books and hopefully back into her arms with his latest plan? Or will fate intervene yet again and turn everyone’s lives upside down? Surfing with Stilettos touches on some very real and harrowing life experiences. Marital infidelity, false identities and how that can be used to prey on vulnerable members of our society … and how we in our culture identify strongly with the work we do.

The Secret Life of Winnie Cox by Sharon Maas (99p)

1910, Guyana. A time of racial tension and poverty. A time where forbidden love must remain a secret.

Winnie Cox lives a privileged life of dances and dresses on her father’s sugar cane plantation. Life is sweet in the kingdom of sugar and Winnie along with her sister Johanna, have neither worries nor responsibilities, they are birds of paradise, protected from the poverty in the world around them.

But everything can change in a heartbeat…

When Winnie falls in love with George Quint, the post-office boy, a ‘darkie’ from the other side, she soon finds herself slipping into a double life. And as she withdraws from her family, she discovers a shocking secret about those whom are closest to her. Now, more than ever, Winnie is determined to prove her love for George, whatever price she must pay and however tragic the consequences might be.

I was luck enough to win one of Simon & Schuster’s Pile of Dreams book giveaways on Twitter. A great selection of fabulous paperbacks.

The House on Bellevue Gardens by Rachel Hore.

Rosa has arrived in London from Poland to look for her younger brother Michal. But he has disappeared, and now she’s alone, with nowhere to stay and no one to help her.

Stef is running away from her boyfriend Oliver and the claustrophobic life she’s been living in his opulent flat. Frightened, friendless and far from her family, she needs somewhere to hide.

Rick is living in a limbo; a shy young man sheltering from the world to write and draw and dream. He needs a place to nourish his creativity.

All three find refuge at 11 Bellevue Gardens, the shabbiest house of a smart white-painted Georgian terrace in North London. Here, its owner Leonie herself once found sanctuary following a brief career as a model in the sixties and a destructive marriage. Now, out of gratitude, she opens her house to others in need.

However, the house which has provided sanctuary for so many is now itself under threat. Can Leonie rescue the place that saved her all those years ago…?

The Gypsy Madonna by Santa Montefiore.

A priceless Titian masterpiece. A sumptuous French Chateau with a deadly secret. And a mystery hidden in a Bordeaux village that will change their lives forever…
When elegant Anouk, a dealer in American antiques, dies unexpectedly, she leaves the Metropolitan museum an uncatalogued, multimillion dollar painting by Titian. Her son, Mischa, had no idea she had even owned it and becomes determined to discover the story behind the painting.
This mystery sends him on the trail of his own history, back to the French village of his childhood. There he hopes to uncover the origins of the Gypsy Madonna; he never expects to find himself.
Lose yourself in this story of epic romance and dark mystery set against the backdrop of occupied France and post-war America. 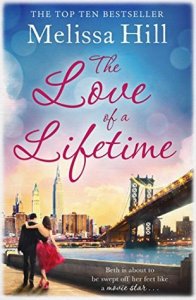 The Love of a Lifetime by Melissa Hill.

Hollywood movies are Beth’s passion. She hopes her life will always be filled with ‘movie moments’, where things like serendipity and fate happen every day. Her boyfriend Danny has always been the embodiment of her perfect Hollywood hero – though after seven years together the initial silver-screen romance has settled into something more predictable.

And then, one morning at work, Beth receives an anonymous delivery of a take-out coffee cup with a cryptic message suggesting a meeting at Tiffany’s. From there, she is given a series of clues directing her to some of NYC’s most popular landmarks – a treasure hunt using unique rom-com-related prompts perfect for a movie-lover like Beth to decipher. And Beth is forced to wonder: has Danny realised their relationship needs a boost – or could it be that charming new work colleague Ryan, with his intense gaze, flirtatious smile and almost encyclopaedic movie knowledge, wants to sweep her off her feet? And how would she feel about taking a chance on a new leading man in her life? 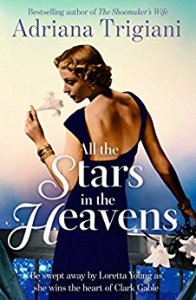 All the Stars in the Heavens by Adriana Trigiani

Clark Gable, Loretta Young, Spencer Tracy, David Niven, Carole Lombard lead a magnificent cast of characters, real and imagined, in Adriana Trigiani’s new novel set in the rich landscape of 1930s’ Los Angeles. In this spectacular saga as radiant, thrilling and beguiling as Hollywood itself, Trigiani takes us back to the golden age of movie-making and into the complex and glamorous world of a young actress hungry for fame, success – and love. With meticulous, beautiful detail, she paints a rich landscape, where European and American artisans flocked to pursue the ultimate dream: to tell stories on the silver screen.

Amber is a city girl at heart. So when her boyfriend Jake Somerville suggests they move to the countryside to help out at his family farm, she doesn’t quite know how to react. But work has been hectic and she needs a break so she decides to grasp the opportunity and make the best of it.

Dreaming of organic orchards, paddling in streams and frolicking in fields, Amber packs up her things and moves to Skylark Farm. But life is not quite how she imagined – it’s cold and dirty and the farm buildings are dilapidated and crumbling.

But Amber is determined to make the best of it and throws herself into farm life. But can she really fit in here? And can she and Jake stay together when they are so different?

This week I met up with one of my local blogging friends Jo who can be found over at mychestnutreadingtree. Over several cups of tea we talked all things books and blogging and finished a lovely morning off with a book swap.

Death at the Seaside by Frances Brody

This Last Kiss by Madeleine Reiss

The Three of Us by Deirdre Palmer

After Home by Carrie Crafton

All Aboard by Cressida Mclaughlin