‘My husband did not mean to kill Annie Doyle, but the lying tramp deserved it.’

Lydia Fitzsimons lives in the perfect house with her adoring husband and beloved son. There is just one thing Lydia yearns for to make her perfect life complete, though the last thing she expects is that pursuing it will lead to murder. However, needs must – because nothing can stop this mother from getting what she wants …

Kindle Freebies (at time of purchase)

Back to the Wall by A Walker

In 1938, in the shadow of possible hostilities and long before he became renowned for his ‘pictorial guides’, Alfred Wainwright decided to go for a walk. This was not just any walk: he chose to walk over 200 miles from Settle to Hadrian’s Wall and back. He wrote an account of his trek, Pennine Journey, not as a guidebook but as a commentary on the life and folk of the Dales.

In 1998, as close to the 60th anniversary as possible, A. Walker undertook the same walk and, like Wainwright, undertook the walk solo. The sense of being alone became cathartic and inspired this personal reflection. The account looks at life’s trials and tribulations through the medium of 11 days spent with his own thoughts, with no distractions to blunt the experience. The sense, from time to time, of having his back to the wall found a great medicine in following Wainwright back to the wall. 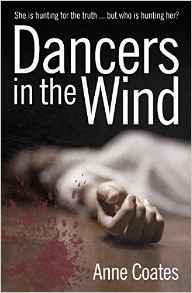 Dancers in the Wind by Anne Coates

Freelance journalist and single mother Hannah Weybridge is commissioned by a national newspaper to write an investigative article on the notorious red light district in Kings Cross. There she meets prostitute Princess, and police inspector in the vice squad, Tom Jordan. When Princess later arrives on her doorstep beaten up so badly she is barely recognisable, Hannah has to make some tough decisions and is drawn ever deeper into the world of deceit and violence.

Three sex workers are murdered, their deaths covered up in a media blackout, and Hannah herself is under threat. As she comes to realise that the taste for vice reaches into the higher echelons of the great and the good, Hannah realises she must do everything in her power to expose the truth …. and stay alive. 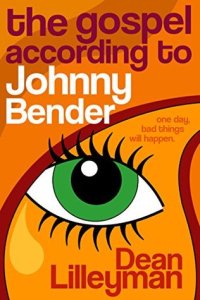 The Gospel According to Johnny Bender

During the celebrated carnival of 1979, the villagers danced beneath a mirror-ball, as a young girl drifted dead in the river. Who knew the truth of things? And would the truth matter? Now it’s 1999 and Edendale is holding another carnival. An anniversary to commemorate the life-changing events of twenty years before, by pretending it’s 1979…again. One day, two decades apart, the mirror-ball turning in the dark to light a truth.

Come…Johnny Bender has things to show you.

The Case of the Sleeping Beauty by Richard Walmsley

Inspector Beppe Stancato, driven from his native Calabria by threats from his local mafia, finds himself appointed commissario in the town of Pescara, in Abruzzo, just prior to the earthquake which struck the mountain capital city of L’Aquila in 2009.
The unexpected discovery of a twenty-two year old girl, lying drugged and unconscious, sparks off a complex investigation involving a seismologist accused of manslaughter and a fugitive mafia boss suspected of involvement in illegal building contracts.
The girl is soon nicknamed “The Sleeping Beauty” by the investigating team – reflecting the locals’ name for the Gran Sasso mountain range, uncannily reminiscent of the prone figure of a sleeping woman.
Beppe is faced with the task of saving the girl whilst outwitting the crooked seismologist and the wily Mafioso. His own personal life is anything but straightforward. Will he be able to live up to the expectations of his new team of police officers whilst dealing with the shadows of his own past life?
The intriguing plot has many twists and turns, leading to a tense climax. The story is laced with humour and exalts the spectacular scenery and cuisine of this region of Central Italy.

A merciless killer with no apparent motive. A series of murders with no discernible pattern. How can he be stopped?

In disconnected locations all over the world a killer plies his terrible trade, seemingly selecting victims at random and killing without remorse. The crimes are the result of one man’s obsessive mind, a man warped by a litany of slights and disappointments since childhood for which he seeks methodical and terrible revenge.

Because of the geographical spread of his chilling, ‘motiveless’ murders, they might normally be impossible to solve, but inexperienced and ambitious police psychologist Alice Diamond may unwittingly hold the dramatic key to his downfall… 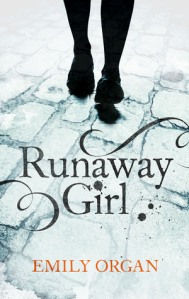 After the death of her family, grieving Alice has chosen a quiet life of seclusion in a monastery. But she is hit by a personal tragedy which forces her to confront the dangers of medieval London.

When her 14 year old friend, Constance, vanishes, Alice’s life is turned upside down. Is Constance’s disappearance linked to a dead girl pulled from the Thames? Another girl is on the run – but who is she running from?

Alice’s desperate search stirs up something sinister and soon her own life is in danger. Powerful forces want to ensure the truth will never be uncovered, can Alice find Constance before her time runs out? 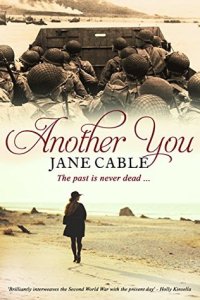 Another You by Jane Cable

Sometimes the hardest person to save is yourself…

Marie Johnson is trapped by her job as a chef in a Dorset pub and by her increasingly poisonous marriage to its landlord.

Worn down by his string of affairs she has no self-confidence, no self-respect and the only thing that keeps her going is watching her son, Jude, turn into a talented artist.

But the 60th anniversary of a D-Day exercise triggers chance meetings which prove unlikely catalysts for change. 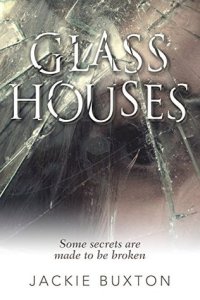 ‘When she sent that text, all our lives changed for ever…’

51 year old Tori Williams’ life implodes when she sends a text while driving on the M62 motorway and allegedly causes the horrific crash in which three people die. Public and press are baying for her blood, but Tori is no wallflower and refuses to buckle under their pressure or be a pariah in society.

Instead, she sets about saving the nation. But can she save Etta, the woman who saved her life? Or will Etta’s secret be her downfall?

Too Loud a Silence by Jo Jackson

A secret held, a fear unspoken. Green gates and a flame tree – just as her mother described. The bolt screeches back …

It is 2011. Egypt is in the grip of the Arab Spring as journalist Maha Rhodes flies to Cairo.

Born in Egypt but raised in England, Maha no longer knows who she is. Finding out becomes important.

Events draw her into the political mayhem. She experiences the passion and violence of the revolution and is confronted by her own naivety.

How will her life be changed as a web of lies and deceit unfolds?

Too Loud A Silence will take you to Egypt. A beautiful, poignant and, at times, brutal story based on real events.