Late to the party again with this one, life seems to be getting in the way recently. Anyway, better late than never as I should hate to miss out on tempting anyone! 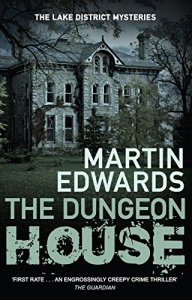 Hannah Scarlett’s cold case team are looking into the three-year-old mystery of the disappearance of Lily Elstone. Their investigation coincides with the disappearance of another teenage girl, Shona Whiteley, whose father Nigel lives in the Dungeon House, despite its tragic history – twenty years earlier, his uncle Malcolm Whiteley shot his wife and apparently killed his daughter before shooting himself. But as Hannah’s team dig down into the past, doubts arise about what exactly happened at the Dungeon House twenty years ago… 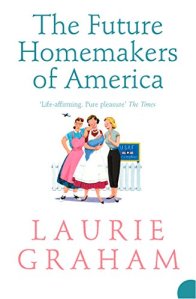 The Future Homemakers of America by Laurie Graham (99p)

Norfolk,1953. The Fens have never seen anything quite like the girls from USAF Drampton. Overpaid, overfed and over here.

While their men patrol the skies keeping the Soviets at bay, some are content to live the life of the Future Homemakers of America – clipping coupons, cooking chicken pot pie – but other start to stray, looking for a little native excitement beyond the perimeter fence. Out there in the freezing fens they meet Kath Pharaoh, a tough but warm Englishwoman. Bonds are forged, uniting the women in friendship that will survive distant postings, and the passage of forty years. 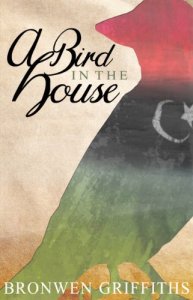 A Bird in the House by Bronwen Griffiths (99p)

After the death of his beloved wife, Mohamed flees war-torn Libya with his young son, Ahmed. Arriving in the heart of the English countryside, father and son stumble into the seemingly tranquil world of widow, Betty, who has been left to cope with her seven-year-old great-niece for the summer.

Just as life begins to settle, Mohamed must make the dangerous journey back to Tripoli, where he is faced with the devastation the war has wreaked on those around him. And for Betty, the conflict threatens to unearth skeletons from a past she would rather forget…
A Bird in the House is a story about loss, secrets, and the redeeming power of friendship. 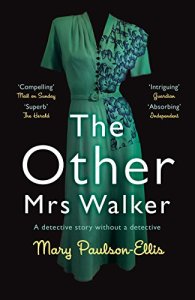 The Other Mrs Walker by Mary Paulson-Ellis (99p)

An old lady dies alone and unheeded in a cold Edinburgh flat on a snowy Christmas night. A faded emerald dress hangs in her wardrobe; a spilt glass of whisky pools on the floor.

A few days later a middle-aged woman arrives back in the city she thought she’d left behind, her future uncertain, her past in tatters.

She soon finds herself a job at the Office for Lost People, tracking down the families of those who have died neglected and alone.

But what Margaret Penny cannot yet know, is just how entangled her own life will become in the death of one lonely stranger . . . 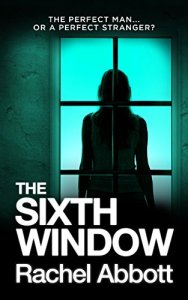 After eighteen months of grieving for her husband Bernie, killed in a horrific hit and run accident, Natalie Grey has found love with her husband’s best friend – Ed Cooper – and has moved herself and fifteen year old daughter, Scarlett, into his home. But Natalie begins to suspect Ed has a dark side – and even darker intentions.

Desperate to get her daughter to a place of safety, she and Scarlett move to a new home that holds secrets of its own. But has removing Scarlett from one potential threat placed her in far greater danger?

DCI Tom Douglas is also chasing the truth, as his investigation into the suicide of a teenage girl draws him ever closer to Natalie and Scarlett. But will he be too late to protect them from the peril they face, or from the truths that will tear their lives apart? 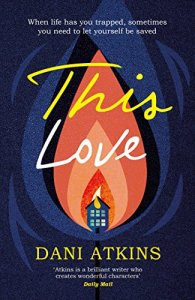 This Love by Dani Atkins (99p)

Sophie stopped believing in happy endings a long time ago, but could this love change all of that?

Sophie Winter lives in a self-imposed cocoon – she’s a single, 31-year-old translator who works from home in her one-bedroom flat. This isn’t really the life she dreamed of, but then Sophie stopped believing in dreams when she was a teenager and tragedy struck her family.

So, to be safe, she keeps everyone at arm’s length. Sophie understands she has a problem, but recognising it and knowing how to fix it are two entirely different things.

One night a serious fire breaks out in the flat below hers. Sophie is trapped in the burning building until a passer-by, Ben, sees her and rescues her.

Suddenly her cocoon is shattered – what will be the consequences of this second life-changing event? 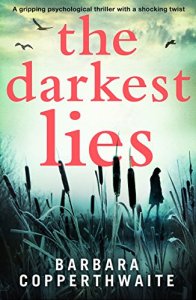 A mother desperate for the truth. A daughter hiding a terrible secret.

Melanie Oak appeared to have the perfect life. Married to her childhood sweetheart, Jacob, the couple live with their beautiful, loving, teenage daughter, Beth, in a pretty village.

Nothing can shake her happiness – until the day that Beth goes missing and is discovered beaten almost to the point of death, her broken body lying in a freezing creek on the marshes near their home.

Consumed with grief, Melanie is determined to find her daughter’s attacker. Someone in the village must have seen something. Why won’t they talk?

As Melanie tries to piece together what happened to Beth, she discovers that her innocent teenager has been harbouring some dark secrets of her own. The truth may lie closer to home and put Melanie’s life in terrible danger… 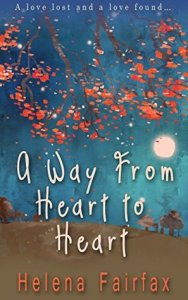 A Way From Heart to Heart by Helena Fairfax (FREE)

A love lost and a love found…

A knock at the door shatters Kate Hemingway’s life when she’s told of her husband Stuart’s death in Afghanistan.

She struggles to care for their young son George with only Stuart’s aloof best friend Paul as emotional support.Piece by fragile piece, she tries to rebuild her life, realising Paul and her son have formed an unlikely bond. When Paul agrees to accompany Kate and a group of disadvantaged teenagers on a trip to the Yorkshire moors, he finally reveals something he’s kept secret for years. Kate’s own scarred heart begins to open up … but can she risk her son’s happiness as well as her own? 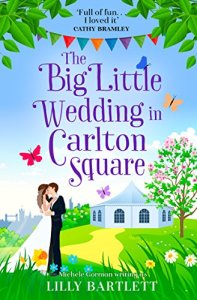 When Emma’s boyfriend Daniel pops the question with a ring the size of a small country, she suddenly realises just how different they are. She’s the Eastenders to his Made in Chelsea. She wants a low-key wedding with close friends and family in Uncle Colin’s pub, while Daniel’s mother is expecting a society do that their high-brow guests won’t forget!

How on earth can Emma put together a celebration fit for Lords and Ladies on a shoestring budget? Not to mention the fact her cross-dressing Uncle Barbara wants to be a bridesmaid, her best mate Kelly can’t stand Daniel’s best friend Cressida, and her dad is too proud to accept any help from Daniel’s family towards the costs.

There’s three months to go until the big day. Will Emma’s happy-ever-after end in disaster? 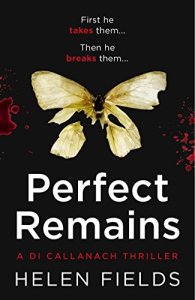 On a remote Highland mountain, the body of Elaine Buxton is burning. All that will be left to identify the respected lawyer are her teeth and a fragment of clothing.

In the concealed back room of a house in Edinburgh, the real Elaine Buxton screams into the darkness…

Detective Inspector Luc Callanach has barely set foot in his new office when Elaine’s missing persons case is escalated to a murder investigation. Having left behind a promising career at Interpol, he’s eager to prove himself to his new team. But Edinburgh, he discovers, is a long way from Lyon, and Elaine’s killer has covered his tracks with meticulous care.

It’s not long before another successful woman is abducted from her doorstep, and Callanach finds himself in a race against the clock. Or so he believes … The real fate of the women will prove more twisted than he could have ever imagined. 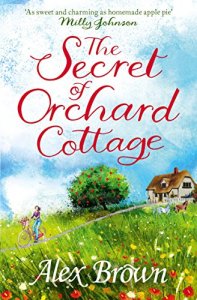 The Secret of Orchard Cottage by Alex Brown (FREE)

April Wilson is wondering what to do next – her life has been turned upside down after the loss of her husband so she’s hoping to piece herself together again with a visit to her elderly great aunt, Edith. Arriving in the rural idyll of Tindledale, she’s dismayed to find Edith’s cottage and the orchards surrounding it in a sorry state of disrepair. Edith seems to have lost interest completely, instead she’s become desperate to find out what happened to her sister, Winnie, who disappeared during WWII.
April gets to work immediately, discovering that the orchard still delivers a bumper crop each year, and with the help of some of the villagers – including Matt, the enigmatic Farrier – begins to unravel the mystery of the missing Winnie. Slowly,
April can feel things coming to life again – but can Orchard Cottage work its magic on her too? 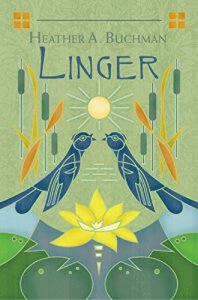 Linger by Heather A Buchman (love the cover!) FREE

Even at thirty, Kate Baum is a pillar of the small town where her family has lived for generations. As a gallery owner, Kate has success and happiness, and no desire to leave her snug home in East Aurora, New York, even though it means she can’t be with the only man she’s ever loved.

Artist Michael Clark fell in love with Kate when she was still a teenager. He left her behind to pursue his career in New York City, vowing never to return to the confines of a small town. Years later he has wealth and notoriety, but not the love of the one woman he cannot forget.

But when her mother dies suddenly, Kate’s world is nearly destroyed. Not only has she lost her mother, but she discovers her father, whose identity she has never known, has been within arms reach her entire life. As she learns more about her father, Kate finds herself in unexpected danger. Once again, she turns to Michael—the one man who has always been there when she needed him, but has never stayed. Maybe this time will be different.