Away on holiday for the nex two weeks so hoping to actually read some of the books I keep adding to my tbr mountain. This also means my next book haul posting will be in two weeks time. Have been reasonably good about staying away from NetGalley but couldn’t resist the Elizabeth Buchan which I’ve had my eye on for a while. 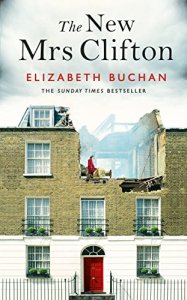 The New Mrs Clifton by Elizabeth Buchan (courtesy of NetGalley

‘Wrapped in the roots of the sycamore was a skeleton; the remains of a woman, between twenty-five and thirty. She had carried a child . . .’

At the close of the Second World War, Intelligence Officer Gus Clifton returns to London. On his arm is Krista, the German wife he married secretly in Berlin. For his sisters, this broken woman is nothing more than the enemy. For Nella, Gus’s loyal fiancée, it is a terrible betrayal. These three friends wonder what hold Krista has over decent, honourable Gus. And, they ask themselves, how far will they have to go to permanently get her out of their home, their future, their England?

This is a story told from both sides of the Falklands Conflict. It is pure fiction and also pure fact. As the ten seemingly independent narratives weave together, blending fiction and fact, they come together to make up a powerful novel that leaves no-one indifferent.

A policeman faces a grim death in a Liverpool inner city cellar. Only two little girls know where he is but they’re too scared to tell. Time is running out for the policeman. Will the girls get help before it’s too late?

Piggy Monk Square is a dark yet frequently very funny novel set in 1970’s Liverpool. The action takes place in the volatile period before the Toxteth riots burned much of the inner city down.

Set in 1931, Edith Horton is a former VAD who finds herself not only struggling with her inner demons, but with the presence of evil in her village in the Yorkshire Dales. Her brother is suspected of murdering an elderly wealthy widow, and sins of the past have echoes in her life and the lives of those close to her. 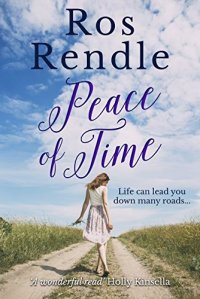 Jen and Mike Lucas are happily married, or so Jen thinks.
Recently Mike has been short tempered and cranky, but Jen puts it all down to his stressful job at a finance company.

Jen, on the other hand, loves her job as a teacher. She also makes more money than Mike, which he mentions at any given opportunity. As they drift further apart, Jen tries everything she can think of to save their marriage but all Mike wants to do is spend more and more time at the gym.

When one of Jen’s students, young Charlie Mayhew, suffers a terrible fall from his bike, Jen lends a helping hand to his father, Christopher, a single parent who lost Charlie’s mother to cancer.

Jen does her best to ignore the gossip that Mike was seen getting friendly with a red head at the gym, but a few days later, Jen discovers something that turns her world upside down.

After Mike moves out, Jen realises that she’s reached a crossroads in her life. Does she give Mike a second chance? Or does she take Christopher up on his offer of a date?

As the summer draws to a close, Jen has some life changing decisions to make and what she decides will shock everyone, but most of all herself…

The boom years immediately after the Great War bring nothing but happiness for wealthy industrialist Wigmore Stratfield-Whyte and his wife Clarissa – until tragedy robs them of their greatest treasure.

Many years later, an horrific fatal accident brings young Meg Chandler, a spirited farmer’s daughter, into their lives. Meg wants nothing to do with them, but Clarissa is drawn irresistibly towards the bereaved girl and will move heaven and earth to help her. Will Meg allow Clarissa into her own shattered life, and can the two share a future happiness together? And will Meg’s new acquaintances bring her the contentment she craves – or seek to destroy her?

Set in the Kent countryside in the years leading up to the Second World War, this compelling saga tingles with drama, tension and an overwhelming sense of love. 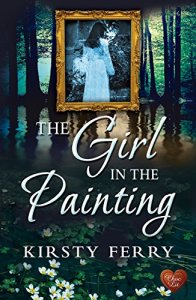 The Girl in the Painting by Kirsty Ferry (99p)

What if you thought you knew a secret that could change history?
Whilst standing engrossed in her favourite Pre-Raphaelite painting – Millais’s Ophelia – Cori catches the eye of Tate gallery worker, Simon, who is immediately struck by her resemblance to the red-haired beauty in the famous artwork.

The attraction is mutual, but Cori has other things on her mind. She has recently acquired the diary of Daisy, a Victorian woman with a shocking secret. As Cori reads, it soon becomes apparent that Daisy will stop at nothing to be heard, even outside of the pages of her diary …

Will Simon stick around when life becomes increasingly spooky for Cori, as she moves ever closer to uncovering the truth about Daisy’s connection to the girl in her favourite painting?