I was doing reasonably well until the announcement of the Kindle Summer Sale then it was downhill from there – so here’s the confession sheet for this week. 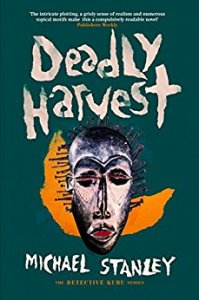 A young girl goes missing after getting into a car with a mysterious man. Soon after, a second girl disappears, and her devastated father, Witness, sets out to seek revenge. As the trail goes cold, Samantha Khama – new recruit to the Botswana Criminal Investigation Department – suspects the girl was killed for muti, the traditional African medicine usually derived from plants, sometimes animals, and, recently and most chillingly, human parts. When the investigation gets personal, Samantha enlists opera-loving wine connoisseur Assistant Superintendent David ‘Kubu’ Bengu to help her dig into the past. As they begin to discover a pattern to the disappearances, there is another victim, and Kubu and Samantha are thrust into a harrowing race to stop a serial killer who has only one thing in mind … 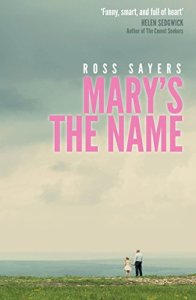 “When me and Granpa watched James Bond films, he told me not to be scared because people didn’t have guns like that in Scotland. That must’ve been why the robbers used hammers.”

Orphaned Mary lives with her granpa, but after he is mixed up in a robbery at the bookies where he works, they flee to the Isle of Skye. Gradually, Mary realises that her granpa is involved. And the robbers are coming after him–and their money.

Mary’s quirky outlook on life, loss, and her love of all things Elvis, will capture your heart. Full of witty Scots banter, Mary’s the Name will have you reaching for the hankies, first with laughter, then with tears.

Heart-warming and heart-breaking, this darkly comic debut is from a fresh voice set to become Scotland’s answer to Roddy Doyle. 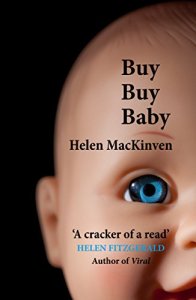 What price tag would you put on a baby?

Set in and around Glasgow, Buy Buy Baby is a moving and funny story of life, loss and longing.
Packed full of bitchy banter, it follows the bittersweet quest of two very different women united by the same desire – they desperately want a baby.

Carol talks to her dog, has an expensive eBay habit and relies on wine to forget she’s no longer a mum following the death of her young son.
Cheeky besom Julia is career-driven and appears to have it all. But after disastrous attempts at internet dating, she feels there is a baby-shaped hole in her life.
In steps Dan, a total charmer with a solution to their problems.

But only if they are willing to pay the price, on every level… 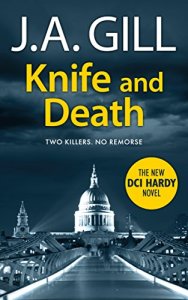 A ruthless killer is seeking revenge. A friend is found brutally murdered. A young woman on the run for her life.

Detective James Hardy is hunting two killers who are on a bloody rampage across London. Bodies are piling up and Hardy is under more pressure than ever before to solve the cases. With his family under threat and his personal life and career close to tatters, Hardy questions his ability to hold it together long enough to find the killers.

Framed and with the media all over him Hardy must go head to head with an Albanian mafia boss when he’s asked to look the other way so he can mete out their kind of justice. While tracking the killers, Hardy discovers he too is being tracked. 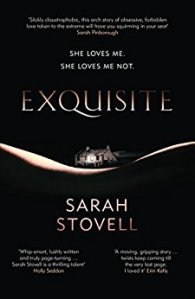 Bo Luxton has it all – a loving family, a beautiful home in the Lake District, and a clutch of bestselling books to her name. Enter Alice Dark, an aspiring writer who is drifting through life, with a series of dead-end jobs and a freeloading boyfriend. When they meet at a writers’ retreat, the chemistry is instant, and a sinister relationship develops … Or does it? Breathlessly pacey, taut and terrifying, Exquisite is a startlingly original and unbalancing psychological thriller that will keep you guessing until the very last page. 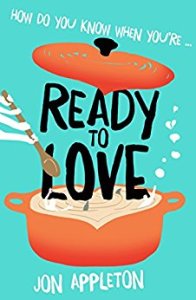 Perfect summer reading for fans of Jenny Colgan, Tom Winter and Maria Semple, Ready to Love is a contemporary sitcom-in-a-novel about the difficulties of making your own decisions when everyone else seems more confident, more experienced or just more bossy than you. It’s the story of how thirty-something Londoners Minna and Jeff get together, in spite of the obstacles they face. There’s a big cast of maddening characters including exes (straight, gay, male, female), mothers, siblings, flatmates and colleagues. Characters just like people you actually know … 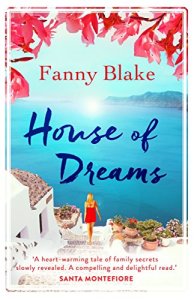 Only a weekend in Spain – what could possibly go wrong?

At their family hilltop villa, Lucy awaits the arrival of her brother and sister for their mother’s annual birthday party. Although this time, their mother won’t be there.

Struggling at Malaga airport with her fractious four year old, Jo has already lost her case and is dreading arriving without its precious contents.

For Tom, returning to Casa de Sueños stirs up all sorts of memories – then a beautiful face from his past appears . . .

Over one long, hot weekend, past secrets will spill out as three siblings discover more about their family and each other in this gorgeous, warm and witty novel from Fanny Blake – the perfect holiday read. 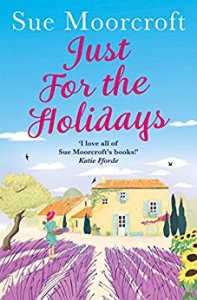 Just for the Holidays by Sue Moorcroft (99p)

In theory, nothing could be better than a summer spent basking in the French sun. That is, until you add in three teenagers, two love interests, one divorcing couple, and a very unexpected pregnancy.

Admittedly, this isn’t exactly the relaxing holiday Leah Beaumont was hoping for – but it’s the one she’s got. With her sister Michele’s family falling apart at the seams, it’s up to Leah to pick up the pieces and try to hold them all together.

But with a handsome helicopter pilot staying next door, Leah can’t help but think she might have a few distractions of her own to deal with… 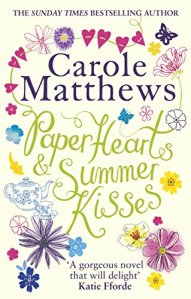 Christie Chapman is a single mum who spends her days commuting to her secretarial job in London and looking after her teenage son, Finn. It’s not an easy life but Christie finds comfort in her love of crafting, and spends her spare time working on her beautiful creations. From intricately designed cards to personalised gifts, Christie’s flair for the handmade knows no bounds and it’s not long before opportunity comes knocking.

Christie can see a future full of hope and possibility for her and Finn – and if the handsome Max is to be believed, one full of love too. It’s all there for the taking. And then, all of sudden, her world is turned upside down.

Christie knows that something has to give, but can she really give up her dreams and the chance of real love? Will Christie find her happy ending in . . . Paper Hearts and Summer Kisses. 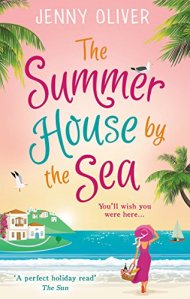 The Summer House by the Sea by Jenny Oliver (99p)

Every Summer has its own story…

For Ava Fisher, the backdrop to all her sun-drenched memories – from her first taste of chocolate-dipped churros to her very first kiss – is her grandmother’s Summerhouse in the sleepy Spanish seaside town of Mariposa.

Returning for one last summer, Ava throws herself into a project her grandmother would be proud of. Café Estrella – once the heart of the sleepy seaside village – now feels more ramshackle than rustic. Just like Ava, it seems it has lost its sparkle.

Away from the exhausting juggle of London life, Ava realises somehow her life has stopped being…happy. But being back at the Summerhouse by the sea could be the new beginning she didn’t even realise she needed… 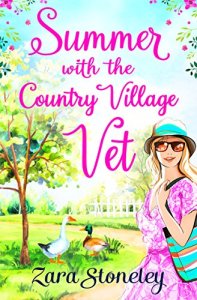 Summer with the Country Village Vet by Zara Stoneley (99p)

When Lucy Jacobs is made redundant from her inner-city teaching job she fears her career is over. Teaching is all Lucy knows and she’s determined to get back in the classroom as fast as she can.

Except the only job on offer is at an idyllic village school in the middle of nowhere – Lucy’s idea of hell. Where are the disadvantaged kids who need saving, where is the challenge?

But as Lucy finds herself welcomed into the warm-hearted community of Langtry Meadows, she begins to realise new challenges await – like frogs in the classroom, a rather difficult donkey, and a very brooding local vet…

Local boy Charlie Davenport has his own issues about living in the close-knit village of Langtry Meadows. His private life is already fuel for the well-meaning gossips and the very last thing he needs is to get close to the new school teacher…no matter how lovely she is.

But as summer days drift away Langtry Meadows weaves its magic, Charlie and Lucy both get the chance to turn over a new leaf and start anew…maybe with each other? 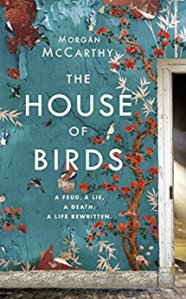 The House of Birds by Morgan McCarthy (99p)

Oliver has spent years trying to convince himself that he’s suited to a life of money making in the city, and that he doesn’t miss a childhood spent in pursuit of mystery, when he cycled around the cobbled lanes of Oxford, exploring its most intriguing corners.

When his girlfriend Kate inherits a derelict house – and a fierce family feud – she’s determined to strip it, sell it and move on. For Oliver though, the house has an allure, and amongst the shelves of discarded, leather bound and gilded volumes, he discovers one that conceals a hidden diary from the 1920s.

So begins a quest: to discover the identity of the author, Sophia Louis. It is a portrait of war and marriage, isolation and longing and a story that will shape the future of the abandoned house – and of Oliver – forever.

Delighted with this book win via Shaz’s Book Blog 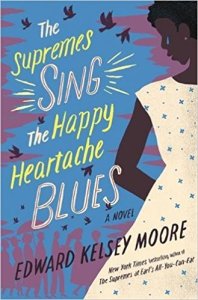 When a late life love affair blooms between Mr. Forrest Payne, the owner of the Pink Slipper Gentleman’s Club, and Miss Beatrice Jordan, famous for yelling warnings of eternal damnation at the Club’s departing patrons, their wedding summons a legend to town. Mr El Walker, the great guitar bluesman, comes home to give a command performance in Plainview, Indiana, a place he’d sworn never to set foot in again.

Among those in this tightly knit community who show up every Sunday after church for lunch at Earl’s All-You-Can-Eat are the lifelong friends known locally as The Supremes: Clarice, facing down her chance at and fear of a great career; Barbara Jean, grappling with the loss of a mother whose life humiliated both of them, and Odette, reaching toward her husband through an anger of his that she does not understand. 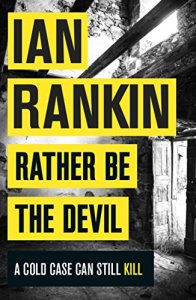 Rather be the Devil by Ian Rankin

A CASE THAT WON’T DIE

John Rebus can’t close the door on the death of glamorous socialite Maria Turquand. Brutally murdered in her hotel room forty years ago, her killer has never been found.

Meanwhile, Edinburgh’s dark heart is up for grabs. Young pretender Darryl Christie may have staked his claim on the city’s underworld – but has criminal mastermind and Rebus’ long-time adversary, Big Ger Cafferty, really settled down to a quiet retirement? Or is he hiding in the shadows until Edinburgh is once more ripe for the picking?

Old Enemies. New Crimes. Rebus may be off the force, but he certainly isn’t off the case.