Less of a haul than usual but as ever some great bargains were to be had this week so it was rude not too! 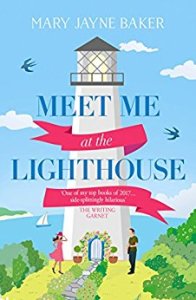 Meet me at the Lighthouse by Mary Jane Baker (99p)

’The day I turned 28, I bought a lighthouse and met the love of my life’

Bobbie Hannigan’s life in a cottage by the sea with her dog and her twin sister is perfectly fine … until she decides the logical thing is to buy a lighthouse and open a music venue with Ross Mason, the first boy she ever kissed.

Bobbie tries to be professional with Ross, but the happily-ever-after they’re working toward is too good to resist. That is until someone from his past crawls back to cause trouble. Can Bobbie look past the secrets Ross has been keeping from her? Or will the boy, the lighthouse, and the dream all slip away?

Escape to the Yorkshire coast this summer with this laugh out loud romantic comedy from Mary Jayne Baker!

Anna thought her marriage to Max would last forever. Having raised two happy children together, she looked forward to growing old with the man she loved. But when a revelation from her husband just before their wedding anniversary shakes her entire world, she’s left uncertain of what the future holds.

Needing time to herself, Anna takes up an offer from her widowed father to spend the summer on the small Aegean island of his birth, unaware that a chance discovery of letters in her aunt’s house will unleash a host of family secrets. Kept hidden for sixty years, they reveal a tumultuous family history, beginning in Greece at the beginning of the twentieth century and ending in Naples at the close of the Second World War.

Confronted by their family’s long-buried truths, both father and daughter are shaken by the discovery and Anna begins to realize that if she is to ever heal the present, she must first understand the past . . . 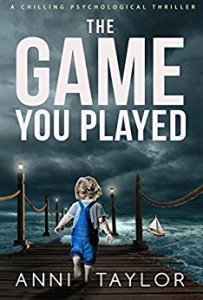 The police don’t believe the messages are from the abductor, but Tommy’s mother Phoebe is certain they are. And she believes they’re a game meant for her.

Against the advice of the police, Phoebe decides to play the game.

She begins a frantic search for the writer of the rhymes, at the cost of causing her marriage to shatter.

When the shocking identity of the message-writer is discovered, Phoebe’s desperate race for the truth has only just begun. 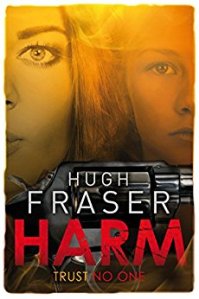 Harm by Hugh Fraser (£1.99 was Free)
‘What makes an innocent girl become a contract killer?’
Acapulco 1974: Rina Walker is on assignment. Just another another quick, clean kill.

She wakes to discover her employer’s severed head on her bedside table, and a man with an AK 47 coming through the door of her hotel room. She needs all her skills to neutralise her attacker and escape. After a car chase, she is captured by a Mexican drug boss who needs her radiant beauty and ruthless expertise to eliminate an inconvenient member of the government.

Notting Hill 1956: Fifteen-year-old Rina is scavenging and stealing to support her siblings and her alcoholic mother. When a local gangster attacks her younger sister, Rina wreaks revenge and kills him. Innocence betrayed, Rina faces the brutality of the post-war London underworld – a world that teaches her the skill to kill… 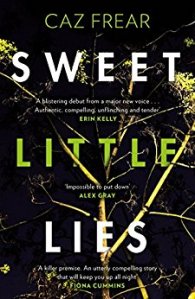 WHAT I THOUGHT I KNEW

WHAT I ACTUALLY KNOW

In 1998, Dad lied about knowing Maryanne Doyle.
Alice Lapaine has been found strangled near Dad’s pub.
Dad was in the local area for both Maryanne Doyle’s disappearance and Alice Lapaine’s murder – FACT
Connection? 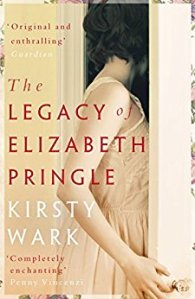 The Legacy of Elizabeth Pringle by Kirsty Wark (99p)

Elizabeth Pringle lived all her long life on the Scottish island of Arran. But did anyone really know her? In her will she leaves her beloved house, Holmlea, to a stranger – a young mother she’d seen pushing a pram down the road over thirty years ago. It now falls to Martha, once the baby in that pram, to answer the question: why? Martha is coping with her mother’s dementia and the possibility of a new life on Arran could be a new start.

A captivating story for fans of Rosamund Pilcher, Maeve Binchy and Rachel Joyce of the richness behind the so-called ordinary lives of women and the secrets and threads that hold them together. 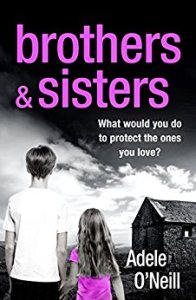 When human remains are found on Fitzpatrick Estate, Detective Kelly is drawn deep into the complex web of Fitzpatrick family secrets as Timothy and his sister Rose, now in their sixties, are catapulted into the centre of the investigation.

When the pathology report identifies the remains as that of their uncle, Patrick Fitzpatrick, missing from Fitzpatrick Estate since 1970, they scramble to protect their past.

What would you do to protect the ones you love? 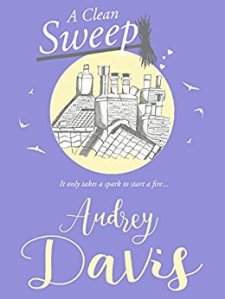 Love comes around when you least expect it. Fifty-something widow Emily isn’t expecting romance. Nor is she expecting a hunky twenty-something chimney sweep on her doorstep.
Daughter Tabitha knows something isn’t quite right with her relationship, while her boss – Abba-loving Meryl – thinks she’s found the real deal. Are they both right, or pursuing Mr Wrong?
Emily’s sister, Celeste, has the perfect marriage … or does she? Can a fitness tracker lead her down the path to happiness or heartbreak?
Susan is single, overweight and resigned to a life of loneliness. There was the one who got away but you don’t get another try, do you?
Prepare for a rollercoaster ride of emotions in a book that will grab your heart, make you smile and wish you had a chimney to sweep. 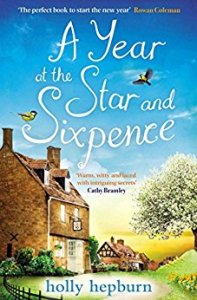 A Year at the Star and Sixpence by Holly Hepburn (Free)

When sisters Nessie and Sam inherit a little pub in a beautiful country village they jump at the chance to escape their messy lives and start afresh. But when they arrive at the Star and Sixpence, it’s not quite what they imagined – it’s pretty much derelict, ruined by debts, and it’s going to be a huge job to get it up and running again. But they are determined to make the best of this new life and they set about making the pub the heart of the village once again. Their first year at the Star and Sixpence won’t be easy, though nothing worth doing ever is.
But when the sisters’ past comes back to haunt them, they start to think that the fresh start they needed is very far away indeed… 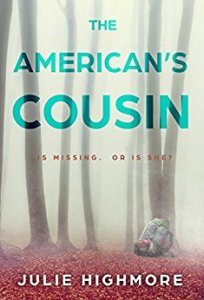 The American’s cousin is missing … or is she?

Edie Fox is a Private Investigator. Or at least that’s what she aspires to be. From her cramped office above a shop on the wrong side of town, she just about manages to stay afloat with the odd job spying on cheating spouses.

This all changes when a wealthy young American, desperate to find his missing cousin, hires Edie to track her down.

But things are not as they seem. People are telling lies, lots of them.

Edie needs to work out why, but time is running short. As she gets swept up in the hunt for the American’s cousin, she realises that she’s out of her depth. And as personal and professional boundaries blur, she fears she could lose everything: her business, her family … her life. 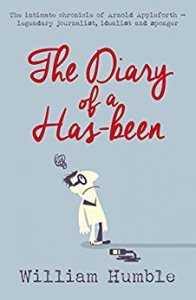 The Diary of a Has-been by William Humble (Free)

Arnold Appleforth claims getting old is all about attitude. And if that’s the case he needs all the attitude he can get, because his journalistic career is on life support, his sex life non-existent (except for a recent regrettable incident at a well-known chain restaurant), his financial position precarious and his alcohol consumption prodigious. Add to that his abysmal parenting of his three (or is it four?) children and the biohazard status of his flat, and life isn’t a bed of roses.

So Arnold decides to keep a diary, a daily dose of inspiration to keep his blood pumping. It’ll deal with his own life with intimate, eye-watering honesty and also include pungent political comment on the disgraceful state of contemporary Britain. With a view to publication of course – who wouldn’t want to enjoy his wit and wisdom? Join Arnold as he drops pearly bon mots before swine and makes one last grab for literary immortality. And struggles to survive in a sadly unappreciative world…