After a slow start I thought this week might be a frugal one – should have known better! 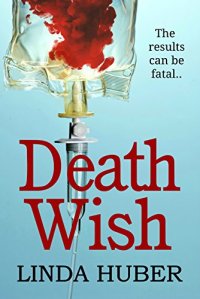 When Leo decides to go into business with his mother-in-law he soon realises his mistake. Eleanor is the mother-in-law from hell and will stop at nothing to get what she wants. Her daughter, Ashley, has her own reasons for hating her mother. The atmosphere is toxic and old wounds refuse to heal.

Next door, eight-year-old Joya has a difficult life.

Her parents argue constantly and her grandmother, who lives with them, is approaching death.

Victoria Bennett has been blessed with a loving husband, a wonderful son and amazing friends. Always the organized planner, Victoria was thrown life’s curve ball when she found herself a widow and single mom before 40.

After mourning the loss of her husband and rejoining her friends and family in her once simple life, Victoria finds herself venturing into the world of online dating with little success.

After hanging up her keyboard and focusing on new experiences and hobbies, Victoria is as surprised as everyone else when her favorite pastime leads to a new career and passion for life. When a friendship turns to romance, her life is once again thrown for a loop. Like everything new in her life she takes on the relationship with gusto, and a series of mishaps.

Victoria soon learns that sometimes the life you’ve planned isn’t the life you lead. It is still your life, just your life rewritten. 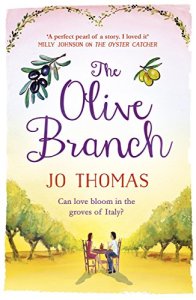 The Olive Branch by Jo Thomas

You can buy almost anything online these days. For Ruthie Collins, it was an Italian farmhouse.

Yet as she battles with a territorial goat and torrential rain just to get through the door of her new Italian home, the words of Ed, her ex, are ringing in her ears. She is daft, impetuous and irresponsible.

But Ruthie is determined to turn things around and live the dream.

First, though, she must win over her fiery neighbour, Marco Bellanouvo, and his family… Then there’s the small matter of running an olive farm. As the seasons change and new roots are put down, olives and romance might just flourish in the warmth of the Mediterranean sun.

Following his recovery from a personal and professional trauma, Detective Chief Inspector Cyril Bennett has been declared medically fit to resume his police duties. He returns to discover a complex case involving the art world.

Soon Bennett unearths a dark side of the industry where greed, ambition and dubious practices thrive and, where there is money to be made, violence and murder are never far away.

Working their way through a maze of galleries, museums and the internet, Bennett’s team struggles to make sense of the evidence.

Can Bennett tell the difference between what is real and what is fake? 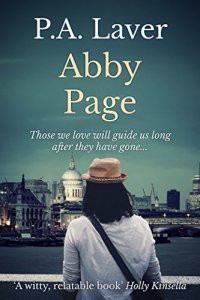 Abby Page by P A Laver

Abby Page, a married mid-30s Gen Y has just had her world turned upside down. Her husband of twelve years has unexpectedly left her for another man – and she has just been made redundant from her ten year position as a senior bookkeeper.

Could it get any worse?

Unfortunately, yes, but help is on its way. Barbara, her mother, has turned up to provide maternal advice in her hour of need. Just one small problem, Barbara passed away two years ago – but now she’s back and talking to Abby from the hall mirror.

Abby would be the first to admit that she was never the perfect daughter. She’s always been too mouthy, too honest, too tall, and has a bump on her nose. And lately she’s developed a really shitty attitude.

But Abby’s bubble of ignorant bliss has burst. The world is not as she thought. From complacency and conformity she is now experiencing the cruel realities of being on her own and unemployed.

Abby Page is willing to tell you her story, warts and all. There could just be a lesson or two in here on how to survive and even thrive in a world of deceit and treachery – and all with a little help from dead people. And then there’s that other thing. Fancy discovering the joys of sex at 35!

For the last two years Nell Andrews has been struggling to stay afloat. As her life tumbled down around her, the only safety net has been her cosy canal boat, The Nollie. Tucked away inside, Nell has found a place to heal her broken heart. And now she’s ready to move on and follow her dream…

Gorgeous Guy Cornish, with his easy Irish charm, makes him an instant hit with everyone at the marina, and the perfect person to help Nell with her project. But Guy has his own reasons for being at the marina, and a past that threatens to sink Nell’s dream…

What’s worse, the hotel’s new owners are turning it into a copy of their Florida properties. Flamingos and all. Cultures are clashing and the hotel’s residents stand in the way of the developers’ plans. The hotel is both their home and their family.

That’s going to make Rory’s job difficult when he arrives to enforce the changes. And Rosie isn’t exactly on his side, even though it’s the chance to finally restart her career. Rory might be charming, but he’s still there to evict her friends.

What if you had a second chance… to find yourself?

Instead of slipping on her something borrowed and tripping up the aisle to wedded bliss, Georgia spends her big day wondering where it all went wrong.

Forced to make a bucket list of her new life goals by best friend Marie, it’s not long before travel-virgin Georgia’s packing her bags for a long-haul trip to Thailand.

Yet, Georgia’s big adventure doesn’t seem to be going to plan. From strange sights, smells and falling for every rookie traveller scam in the book, Georgia has never felt more alone.

But the good thing about falling apart is that you can put yourself back together any way you please. And new Georgia might just be someone she can finally be proud of…

The Summer we Came to Life by Deborah Cloyed

Friendship never dies. Every summer, Samantha Wheland joins her childhood friends on a holiday. Always somewhere exotic, always somewhere fabulous. But this year one of the gang is missing. Since Sam’s best friend Mina lost her battle against cancer six months ago, she’s been struggling to find her way forward without her.

Lost and left behind, Sam finds herself relying on the diary Mina gave her before she died. It feels like a guardian angel sending signposts to life from beyond the grave. But what if the lines between worlds blurred… Sam thought that friendship could last forever but when it is tested beyond limits, will she make the ultimate sacrifice for a second chance at life?

Oxfordshire, 1947. Exhausted by the war and nursing a tragic secret, Kit Smallwood throws herself into helping her godmother Daisy set up a charity sending midwives to India, a plan fraught with danger.

Then Kit meets Anto, a trainee doctor from India nearing the end of his English education, and falls utterly in love. Marriage should be the easiest thing in the world, but when Anto informs his family that he is shortly to return home with an English bride, his parents are appalled.

Despite being Anglo-Indian herself, Kit’s own mother is equally horrified. She has spent most of her life trying to erase a painful past and losing her daughter to an Indian man is her worst fear realized.

As they journey to a new life in India, Kit begins to understand the seriousness of what she has undertaken and just how much she has to learn about the nature of home and the depth of her love.