After a barren week last week it was too much to hope I’d turned over a new leaf, here’s this week’s purchases.

On a cold dark February morning. Chris and Leah Hills stop for coffee at an isolated service station a stone’s throw from the Welsh Borders. While Leah heads inside, Chris locks the car and goes in to order them a drink.

She shouldn’t be long, after all they’ve only stopped to stretch their legs.
Minutes pass. Chris waits and waits, but Leah doesn’t come back.

When Sergeant Mel Daley and her boss, Detective Inspector Harry Baker, arrive to begin the search, their investigation calls into question whether Leah ever left Norfolk and unravels a tangle of dark secrets from the past. 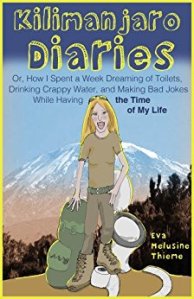 When expat blogger and mother of four Eva Melusine Thieme first harbors the idea of ringing out her three years in Africa on the summit of Mount Kilimanjaro, it sounds easy. In fact, it has all the trappings of a dream vacation: no cooking, no fighting kids, and an army of porters to lug everything up the mountain. What can go wrong?

Tag along as Eva takes you on her journey up the slopes of Kilimanjaro together with her teenage son and a group of hilarious South African friends. From planning the trip to shopping for supplies to trudging uphill wishing with all her heart for an ice cold sip of water untainted by chlorination tablets, you will follow her step by step on her quest to scale the world’s highest free-standing mountain. But the list of challenges is long: sub-zero temperatures, blistered feet, long drop toilets (of which, you may learn, the drops are not nearly as long as they have once been, if you get the drift), and the ever-threatening altitude sickness no one can quite escape from. Eva’s climb turns into the most difficult test she has ever faced, and ultimately she must make a fateful decision on that mountain.

Thieme’s debut travel memoir is equally poignant and laugh-out-loud funny. Part guide book, part travel memoir, and part history lesson, her story will keep you hooked until the last page – whether you’re a seasoned hiker nodding your head in recognition, an aspiring Kilimanjaro trekker searching for tips, or an armchair traveler reveling in adventure stories from the comfort of your home. 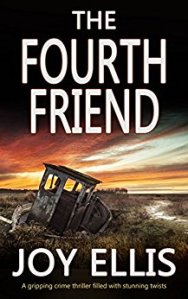 Police detective Carter McLean is the only survivor of a plane crash that kills his four best friends. He returns to work but he is left full of guilt and terrible flashbacks. So for each of his four friends he decides to complete something that they left unfinished.

Eighteen months before the crash, Suzanne Holland disappeared, leaving a room with traces of blood, but no other leads. Suzanne was the wife of one of Carter’s four best friends.

Adding to the pressure, the boss’s daughter has a stalker. Due to the sensitivity of the Holland case, Carter is put on this investigation.

DS Marie Evans is the only person Carter can confide in. But even she begins to doubt whether he can really cope and whether he is actually losing his mind.

DI Jackman and DS Evans of the Fenland police face a battle to untangle three mysteries, and can they really believe their friend and colleague Carter? 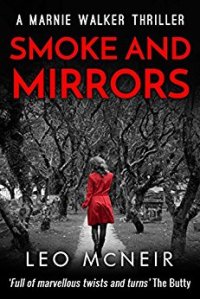 It began as a simple process, the relocation of an ancient burial into the village churchyard. An injustice was being righted after 350 years…

But everything changes with the discovery of human remains on top of the earlier coffin. Whose body is it? How long has it been in the ground? Who put it there? For Marnie Walker this is all a mystery, but essentially someone else’s problem. Against her will and her better judgement she becomes drawn into the investigation at a time when the authorities begin taking steps to conceal the truth.

Meanwhile a major archaeological dig raises uncomfortable issues relating to witchcraft in and around the supposedly idyllic village where Marnie lives. And when bodies are found in shallow graves close to her canal-side home, the police demand answers to some tough questions.

With the arrival in the area of a bizarre boat and its strange owner, matters start to get out of hand. Conflicts ancient and modern clash and Marnie runs into problems of her own making that have the potential to ruin an important part of her life forever.

The final twists reveal that there are more secrets surrounding Marnie and those close to her than she or they had ever imagined. Once again in her life, nothing is quite what it seems… 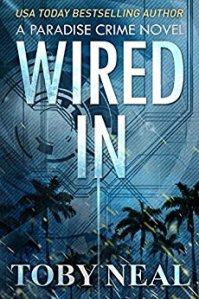 Wired In by Toby Neal (free)

Special Agent Sophie Ang’s emotions are battered by a child kidnapping case that goes badly wrong. In tracking the criminal ring, her rogue data analysis program D.A.V.I.D. identifies an anomaly that leads her into a cat-and-mouse game online with a deadly enemy whose motives are unclear. The chase lures her through dark corridors of cyberspace into a confrontation with the violence from her past that sent her fleeing to the United States. She’ll need every skill she’s learned to defeat her worst nightmare–and the stakes couldn’t be higher.

Can Sophie both defeat her past, and protect her heart from a fascinating cyber vigilante? 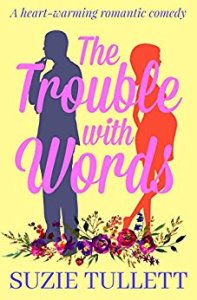 The Trouble with Words by Suzie Tullett (free)

Annabel is desperate to have a baby – there’s just one problem. She’s single and after losing her husband in a hit and run accident, she’s just not ready for another relationship.

Dan is on the hunt for the perfect woman but when his mother drops a bombshell, he starts to feel the pressure.

When Dan and Annabel’s worlds collide, both start to think that maybe they’ve found the solution to their problems. But things are about to get messy.

Can Dan and Annabel get what they want?

Both will soon find out that the trouble with words is finding the right thing to say. 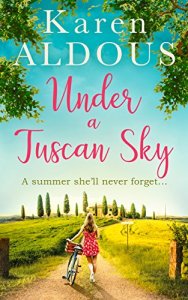 Under a Tuscan Sky by Karen Aldous (99p)

When Olivia Montague’s grandmother passes away, she decides it’s finally time to make some changes in her own life. So she breaks up with her ‘going nowhere’ boyfriend and embarks on a journey to her Nonna’s home in Tuscany.

Until now, Olivia has always believed that she’s incapable of love, after being abandoned by her parents as a baby. But with each day spent at the gorgeous villa nestled in the rolling Italian hills, she feels her heart begin to flutter…

And when handsome antiques dealer Hugh St. James arrives on the scene, she realises things might be about to change forever! 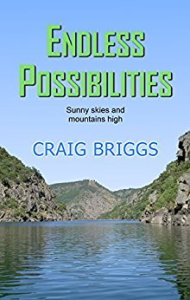 Life in the Spanish region of Galicia just keeps getting better for Craig Briggs, his wife Melanie and their faithful hound, Jazz. This is the third book in ‘The Journey’ series which began with Craig’s bestselling travel memoir JOURNEY TO A DREAM.

In ENDLESS POSSIBILITIES Craig’s attempts at winemaking produce mixed results but fail to dampen his enthusiasm. Life in the Galician countryside is rarely uneventful and when Melanie is rushed to A&E it’s Craig who has to pick himself up off the floor.

Having successfully bought, renovated, and sold a property they decide to seek out a new project. After months of searching they eventually find their prize, a romantically appealing farmhouse in a ruinous condition. When the slow turning wheels of Spanish bureaucracy threaten to scupper their plans they’re forced to hold their nerve.

More adventures follow. A birthday surprise ends with Melanie in tears and a festive break to Lanzarote puts Jazz in a spin.

Tasked with preparing their friends’ house for holiday letting, Craig and Melanie find themselves in a race against time. Broken bones and blocked drains conspire to defeat their efforts. With confirmed reservations just weeks away, they have little choice but to soldier on. 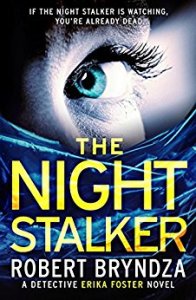 If the Night Stalker is watching, you’re already dead…

In the dead of a swelteringly hot summer’s night, Detective Erika Foster is called to a murder scene. The victim, a doctor, is found suffocated in bed. His wrists are bound and his eyes bulging through a clear plastic bag tied tight over his head.

A few days later, another victim is found dead, in exactly the same circumstances. As Erika and her team start digging deeper, they discover a calculated serial killer – stalking their victims before choosing the right moment to strike.

The victims are all single men, with very private lives. Why are their pasts shrouded in secrecy? And what links them to the killer?

As a heat wave descends upon London, Erika will do everything to stop the Night Stalker before the body count rises, even if it means risking her job. But the victims might not be the only ones being watched… Erika’s own life could be on the line. 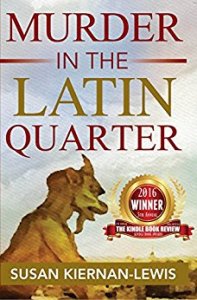 Murder in the Latin Quarter by Susan Kiernan-Lewis (free)

Maggie’s much anticipated Paris holiday takes a dark turn when she ventures into the city’s famed Latin Quarter to visit Laurent’s ailing aunt—only to find a very healthy aunt and a very dead body.
Does the murder have something to do with Aunt Delphine? Was she the intended victim? With her new baby daughter in tow, Maggie struggles to find the answers. In the process she learns more about Laurent’s family—and stumbles across a terrible secret that would tempt anybody to commit murder.

Can Maggie find the murderer without destroying the Dernier family name? And can she do it before the killer catches her in a dark, lonely alleyway in the Latin Quarter? 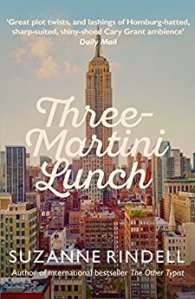 Three Martini-Lunch by Suzanne Rindell (99p)‘Back in those days My Old Man was king of what they called the three-martini lunch. This meant that in dimly lit steakhouses all over Manhattan my father made bold, impetuous deals over gin and oysters. That was how it was done.’

Cliff Nelson, the privileged son of a New York publishing house editor, is slumming it around Greenwich village in 1958, enjoying the booze, drugs and the idea that he’s the next Kerouac.

Fresh-faced Eden Katz arrives in New York with the ultimate ambition to become an editor, but she’s shocked at the stumbling blocks she encounters.Miles Tillman, a black publishing house messenger boy, is an aspiring writer who feels he straddles various worlds and belongs to none.

Their choices, concealments and betrayals ripple outwards leaving none of them unchanged. 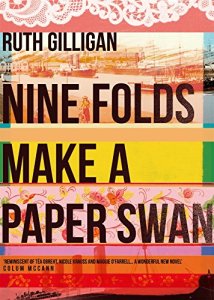 At the start of the twentieth century, a young girl and her family emigrate from the continent in search of a better life in America, only to pitch up in Ireland by mistake. In 1958, a mute boy locked away in a mental institution outside of Dublin forms an unlikely friendship with a man consumed by the story of the love he lost nearly two decades earlier. And in present-day London, an Irish journalist is forced to confront her conflicting notions of identity and family when her Jewish boyfriend asks her to make a true leap of faith. Spanning generations and braiding together three unforgettable voices, Nine Folds Make a Paper Swanshows us what it means to belong, and how storytelling can redeem us all.