I first came across Bookchoice in December courtesy of MoneySavingExpert.com when it was offering a free trial. Well you know me, a free, no obligation trial of ebooks and audio-books was always going to be taken up. Initially, I’ll admit I was just interested in the freebies but I was really impressed with the range and quality of book choices and so I signed up in January.

You may well be asking by now, what is Bookchoice as you’ve not heard of it. Well it has been around since 2014, when it was launched in the Netherlands, however it only launched in the UK in November last year. Described as “the digital book service in your pocket” it selects eight e-books and audiobooks  for £3.99 a month. Yes, you read that correctly £3.99 a month (payable annually in advance). Every month the Bookchoice team selects a range of titles  – from bestsellers and award-winners to the latest literary hits and sends them direct to your email inbox.  Where books are offered in e-book and audiobook format, the offer isn’t for one or the other – it’s for both!!

A background article published by the Bookseller in January gives you a broader picture of Bookchoice’s ethos and aims.

So, here’s what March had to offer, and even though I already had several of the titles in e-book format I still think it represents excellent value for money, particularly in regard to the audio-book offerings.

Titles in both e-book and audio-book format. 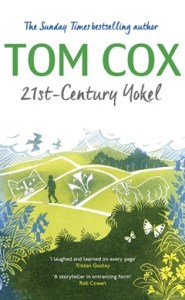 A charming mix of memoir and nature writing by the bestselling author of The Good, the Bad and the Furry

Following Tom Cox as he wanders through the Devon countryside, 21st Century Yokel is a wittily told tale of traditional folklore, family life and the links we have to the landscapes around us.

Filled with animals, dear friends and laugh-out-loud anecdotes, join Tom as he navigates one of the most rural and breath-taking counties of England, illustrated with his own landscape photographs.

A whip-smart satire that asks – what if you ended up in heaven and no one believed in Earth?

When a train hits Ian Brown as he waits on the platform, he thinks his life is all over. That’s it. The end.

But when he awakens in the afterlife, he begins a whole new chapter of his life – or death, if we’re being particular.

There’s only one problem; everyone in the afterlife is convinced this is it. That there was never a “beforelife” and Ian’s memories of his beloved wife, Penelope, are not real. Struggling to find his place in the afterlife and determined to be reunited with Penelope, Ian must deal with a cast of famous and infamous characters to prove that the beforelife is real. 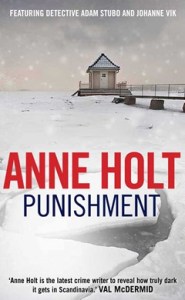 The first instalment in the Vik/Stubo series by Norway’s bestselling female crime writer – for fans of Jo Nesbo and Stieg Larsson.

Three children are taken. All at different times, all seemingly unconnected. One by one their small bodies are returned to their families.

The police need to know everything they can about the kidnapper, and they approach former FBI profiler Johannes Vik. At first she is reluctant to help, but this case is more than what it seems – the children have all been returned with a note, ‘You got what you deserved’.

The media is enthralled, the police are baffled, but time is running out…

Chani and Baruch have met three times. Four, if you include the occasion of his proposal. Now they face each other at their wedding ceremony.

The Rabbi’s wife teaches young women what it is to be a good wife. But within the bounds of her own marriage, Chani is no longer sure what exactly that means.

As one relationship is beginning, another is changing. Harris opens up a closed community in a rich portrait of ritual, restriction and rebellion, and the roles of family and faith in modern life. 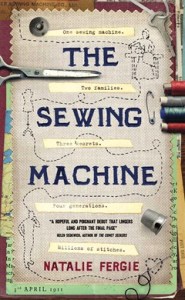 An extraordinarily moving debut about family heritage, for fans of The Keeper of Lost Things and Lost for Words

1911. An incident at the Singer textile factory forces the workers to go on strike. For Jean, life and work as she knows it will never be the same again. With the war looming, she struggles daily with rationing, poverty and fear.

2010. A hundred years later and following the death of his grandfather, Fred begins to discover his family’s history and unpicks the stories of his ancestors, one stitch a a time.

The Sewing Machine is a multi-generational narrative documenting the challenges and heartbreaks faced in some of the most important decades of the past century. 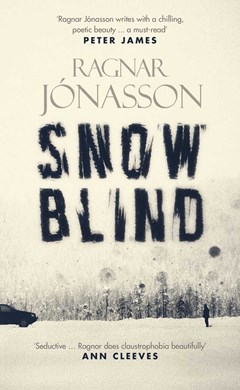 Driving through the tunnel to Siglufjördur, Ari Thor Arason can’t shake a feeling of unease. It settles as he emerges into a landscape of blinding snow. And he’s hardly begun to settle in to the tiny police force before the 24-hour light of the arctic summer cedes to unrelenting darkness. But nothing ever happens here, or so he thinks.

An unconscious woman lies bleeding in the snow. A man tumbles to his death down the steps of the local theatre. And it seems that every door that Arason’s investigation brings him to only leads deeper into the secrets of this isolated community.

The House at the End of Hope Street – Menna van Praag

A charming novel about the power of self-belief, for fans of Stephanie Butland’s Lost for Words

Finding herself lost, alone and at the door of 11 Hope Street in Cambridge, Alba Ashby doesn’t know how much her life is about to change. Welcomed in by the wonderful and wise Peggy Abbott, Alba is invited to stay, on one condition: she has ninety-nine nights to turn her life around.

Alba soon learns that some of the most inspirational women in history have ‘found’ themselves after spending time at this magical address and now it’s her turn to uncover the magic of 11 Hope Street. 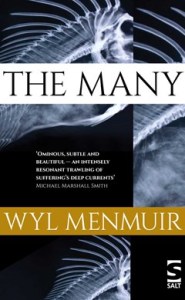 The Many – Wyl Menmuir

Timothy has just moved from the city to an isolated coastal town, where he buys a house previously owned by the recently deceased Perra and finds himself being watched suspiciously by the locals. Ethan is a fisherman who mourns Perra’s death, while fearing for his livelihood, as thousands of dead fish wash up on shore.

As he struggles to get closer to the truth, Timothy finds himself lost in a world where the line between reality and nightmares is increasingly blurred. Perfect for fans of English gothic novels and Twin Peaks alike.

Everyone who lives on Pepys Road knows they’re lucky to live there: a banker and his shopaholic wife, an elderly woman dying of a brain tumour, the Pakistani family who run the local shop, the young football star from Senegal and his minder.

Then one day they each receive an anonymous postcard that says: We want what you have.

In the months that follow, the residents are all affected in different ways as they strive to unfold the mystery of these messages, while also dealing with the aftermath of the financial crash that leaves no one untouched.

When a burned body and car are discovered on a quiet country road, DCI Carol Jordan and psychological profiler Tony Hill are brought in to dig deeper. It soon becomes clear that this was no accident, and that the murderer they’re desperately trying to track down has an even more elaborate plan than anyone first guessed. A gripping story with a shocking ending.

We Are All Completely Beside Ourselves – Karen Joy Fowler

Rosemary’s young, just at college, and she’s decided not to tell anyone a thing about her family. So we’re not going to tell you too much either: you’ll have to find out for yourselves, what it is that makes her unhappy family unlike any other.

Rosemary is now an only child, but she used to have a sister the same age as her, and an older brother. Both are now gone – vanished from her life. There’s something unique about Rosemary’s sister, Fern. And it was this decision, made by her parents, to give Rosemary a sister like no other, that began all of Rosemary’s trouble. So now she’s telling her story: full of hilarious asides and brilliantly spiky lines, it’s a looping narrative that begins towards the end, and then goes back to the beginning. Twice.

It’s funny, clever, intimate, honest, analytical and swirling with ideas that will come back to bite you. We hope you enjoy it, and if, when you’re telling a friend about it, you do decide to spill the beans about Fern – it’s pretty hard to resist – don’t worry. One of the few studies Rosemary doesn’t quote says that spoilers actually enhance reading.

This is one of those books that every reader just has to try for themselves and make up their own minds about. It’s original, inventive, funny and surprising, beloved by the critics, and with a twist so good we don’t even want to hint at it.