Today I’m welcoming Harriet Cummings to Five on Friday. Harriet’s debut novel We All Begin as Strangers (see my review here) was one of my favourite books of 2017, so I chanced my arm and cheekily contacted her to ask if she’d like to take part. I was beyond delighted when she happily agreed. 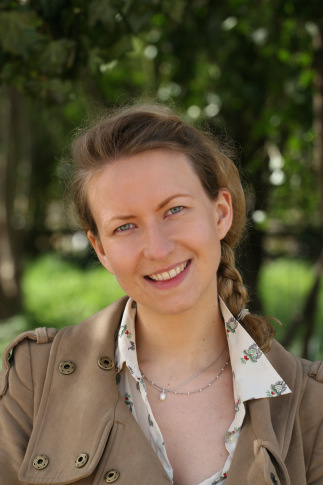 Harriet is a debut novelist with a background in history of art and gender studies. As a script writer, she’s had work performed at Edinburgh Fringe Festival, as well as independent venues around London.

While studying at Faber Academy, Harriet threw herself into her first novel and hasn’t looked back since. She is currently working on her second novel – another dark drama called The Last of Us.

She lives in Leamington Spa with her husband and springer spaniel.

Bob Dylan, Positively 4th Street – When I was little, my parents used to play the same few tapes on long car journeys. It was mostly 1960s stuff – rock and roll with a bit of folk thrown in. My sister and I used to sing along without really understanding what the lyrics meant. This Dylan song really stuck with me though. Isn’t it just the best?!

Aimee Mann, Save Me – I don’t think I could ever get bored of this song. The first time I heard it I immediately listened to her other albums. I love how her music has both a fragility and wisdom.

MGMT, Kids – This song was always on the radio when I was living in Sydney and became the soundtrack to my summer of 2008. It makes me think of sunshine and dancing with friends.

Beethoven, Moonlight Sonata – I played the piano as a child but it was only when I learnt this piece that I got really excited about classical music. It always transports me somewhere else and I wish I did it better justice when playing now!

Karen Dalton, Something on Your Mind – If you don’t already know this song, I urge you to play it now. It’s such a beautiful, melancholy song that somehow feels really personal, as if Karen Dalton knew what was going on inside your head when she wrote it.

My digital piano – for me playing music is the ultimate form of meditation. I feel so refreshed afterwards.

My watch – it might not be romantic but I really dislike being late. It makes me feel like a shoddy human being.

Stories – whether it’s TV shows or novels or radio plays, I need stories to immerse myself in or else life feels a bit one-dimensional.

Don’t worry so much about what other people think of you. Most people are far too consumed by their own lives to scrutinise yours.

You don’t need to be the best. In some ways it’s better to be just good enough. Otherwise you’re under pressure to stay at the top. Just look at the world’s most rich and successful people. They’re hardly always very balanced and happy.

Appreciate the people who support and embrace you. Forget the rest.

A walk with a dog makes life feel immensely better.

I used to love horror stories. First of all, Point Horror books as a child. Then Dean Koontz and the like. Plus The Shining and other films that I could never watch alone these days. I’ve turned into a right wuss.

I collect nineteenth century photography of women with beards. So far I only have three images but it’s fun to look out for them.

I once had my tongue pierced for a few weeks. It hurt.

I can touch my elbows together behind my back. Give it a try – it’s not that easy.

Perform stand-up comedy – to my mind, this is the most frightening, challenging form of culture. I just imagine a sea of faces failing to laugh at my jokes. It’d be an exhilarating experience though.

Take part in a flash mob – there should be more dancing in streets. In fact I think that’s what is missing from my life right now.

Design and build my own home – I have no idea when or how this might happen… Maybe I’ll need to marry Kevin McCloud.

Write a ghost story. I always have fragments of ideas that – fingers crossed – might just come together one day.

Thanks so much for taking part Harriet. Not sure the health police would appreciate the advice to eat more chocolate when younger, but I’d have happily complied (and still would). I concur with your thoughts on walking a dog, in fact for me a dog makes life immensely better, full stop.  Designing and building your own home sounds a lovely  dream, here’s hoping for you.

The Last of Us is due to be published on July 12, 2018 and is available to pre-order

The Last of Us

82-year-old Nettie still hears the occasional gossiping, but most have forgotten what she did.

Now, living alone in a run-down farmhouse, she surrounds herself with memories of her late husband and estranged daughter Catherine.

When Catherine’s friend James appears out of the blue, Nettie is grateful for the company and keen to learn more about her daughter.

But soon James starts asking Nettie questions she doesn’t want to answer; about some things she can’t remember and others she’s tried to forget.

As her memory fails her, how can Nettie be certain she did the terrible things everyone says she did? 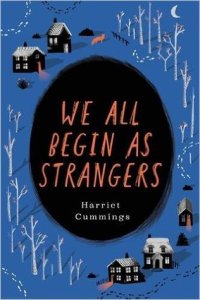 We All Begin as Strangers

HOW WELL DO YOU REALLY KNOW YOUR NEIGHBOURS?

In the English village of Heathcote the temperature – and the sense of unease – is rising.

It started with small things – a perfume bottle being moved, a photograph left behind in someone’s house. But now Anna is missing.

As the search for Anna gathers pace, suspicions grow and secrets are revealed. Surely one of the villagers can’t be responsible? But then can you ever really know what’s going on behind closed doors…

If you’d like to keep up to date with what Harriet is doing then you can via the following.