Today I’m delighted to let Linda Huber share with us, her Five on Friday.  I first became aware of Linda when I read and enjoyed her book The Cold Cold Sea (see my review here). I always feel very lucky when I get the chance to actually ‘meet’ authors, albeit virtually,  and Linda is someone who is always happy to interact via Twitter and social media, which I very much appreciate.

Linda Huber grew up in Glasgow, Scotland, but went to work in Switzerland for a year aged twenty-two, and has lived there ever since. Her day jobs have included working as a physiotherapist in schools for handicapped children, and teaching English in a medieval castle. She now lives by a Swiss lake and writes psychological suspense novels under her own name, and feel-good novellas as Melinda Huber.

Ride a White Swan, T. Rex. This was a hit right at the start of my teenage disco days. I would cuddle in the corner of the sofa to watch Top of the Pops, a cushion clutched to my heart, and oh, the joy if Marc Bolan and T. Rex were on…

Careless Whisper, George Michael – I just love that saxophone! It’s a lovely song, too, and best of all it lasts exactly five minutes. A few years ago I did the Couch to 5K programme, and I used Careless Whisper for timing when I eventually arrived at the stage where I could run for 5 minutes.

Who Wants To Live Forever? Queen. Freddy Mercury was one of the first celebrities to die of AIDS. I remember it well – news broke first that he had AIDS, which was a huge shock in those days, then just a day or two afterwards he was gone. Later, I used a lot of Queen songs in my English classes – very clever lyrics, some of them.

Dances with Wolves, theme music. This is one of my all-time favourite films, and the music is everything you want in a film – stirring, uplifting, sad, hopeful, happy… just like life, I guess.

This Blue World, Elbow. A year or two ago when I was in Scotland for my father’s 90th, my brother had an Elbow CD playing in his car. Dad had terminal cancer at the time and this melancholy track mirrored my feelings exactly.

My shopping trolley. I’ve had it for over a year now, and it’s transported everything from groceries to standing lamps to rose bushes to microwaves…

My mum’s engagement ring. It was my paternal grandmother’s first, but she died well before my parents married. Family history on my finger.

My books. I don’t care now if I read them on kindle or in a ‘real’ book. It’s the story that’s important, and the escape into another world while you’re reading.

The woods, just metres from my flat. They provide us with an ever-changing and permanently beautiful view.

Photos. Pictures of moments gone by with those no longer here – my husband, parents, some friends, the dog. Memories are one thing, but a photo is something to have in your hand, whether it’s on a screen or a piece of paper.

Don’t worry so much – you’ll be fine.

Get out of the city more. Nature is healing.

Talk to your older relatives, listen to their stories.

I cut my own hair – haven’t been to the hairdresser for over twenty years.

No-one has ever called me ‘Mum’ – I’m not sure why, it wasn’t a deliberate decision on our part, but the kids called us by our Christian names right from the start.

I kill plants. I love having them in my flat, but oh, dear, my fingers are as green as ripe tomatoes.

My weekly shopping list, which I scribble over several days, is always a mixture of English and German, depending on what I’m thinking and who I’m with at the time.

Spend a summer travelling on the west coast of Scotland.

Go to an antiques auction and find something amazing and beautiful for my flat at a price I can afford, and bid for it. Successfully, of course.

Visit Rome. Ridiculous I’ve never been there; it isn’t even far away from here.

Get together with my five oldest friends from school. We’re still in touch and have managed various four and occasionally five-way combinations, but the six of us all together in one room hasn’t happened since the late seventies. Geography and busy lives have a lot to answer for.

A Mediterranean cruise. So many interesting places to stop off at. We could maybe swing by a dig at some point, and see the archaeologists at work – it must be amazing, uncovering pieces of history. Imagine finding a vase or a bracelet someone used thousands of years ago…

Thanks for taking part and sharing Linda. Marc Bolan was also one of my crushes and guaranteed to make my mother cringe which was even better! I’m with you on books (in any format) and photos. I’m also quite taken with the idea of a shopping trolley. I can recommend going to an auction, it’s great fun – especially when you get what you want. Hope you manage to get together with your friends – that would amazing after all this time. 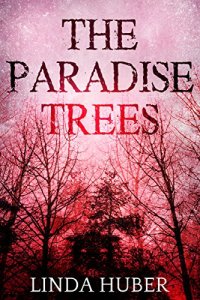 He had found exactly the right spot in the woods. A little clearing, green and dim, encircled by tall trees. He would bring his lovely Helen here… This time, it was going to be perfect.

When Alicia Bryson returns to her childhood home in a tiny Yorkshire village, she finds her estranged father frail and unable to care for himself. Her daughter Jenny is delighted at the prospect of a whole summer playing in the woods at the bottom of the garden, but as soon as Alicia sets foot in Lower Banford, strange and disturbing memories begin to plague her. What happened in her father’s house, all those years ago?

But coping with the uncertainty and arranging Bob’s care plan aren’t Alicia’s only problems. Unknown to her, she has a stalker. Someone is watching, waiting, making plans of his own. To him, Alicia and Jenny are his beautiful Helens… and they should be in Paradise.

Eight-year-old Joya has a difficult life. Her parents are always fighting, and Grandma Vee is sick. And someone nearby has a death wish – but Joya doesn’t know that yet.

Next door, Leo is realising that going into business with Eleanor was the worst mistake ever. Eleanor is the mother-in-law from hell, and will stop at nothing to get what she wants. Her daughter Ashley has good reason to hate her mother, too. The atmosphere is toxic, and old wounds refuse to heal.

Soon these two families will collide, and the consequences might just be fatal…

Caro and Jeff Horne seem to have it all until they learn that Jeff is infertile. Caro married Jeff because her biggest wish was to be a mother, and he had the means to give their children a better life than she’d had. Jeff, who is besotted with Caro, is terrified he will lose her now they can’t have a baby.

Across town, Sharon is eight months pregnant and unsure if she really wants to be a mother. Soon her world will collide with Jeff’s. He wants to keep Caro happy and decides that getting a baby is the only way.

Then Caro is accidently drawn into an underworld of drugs…

Meanwhile, Jeff is increasingly desperate to find a baby – but what lengths is he prepared to go to?

Is Sharon in danger, and will Caro ever have the family she’s always dreamed of? 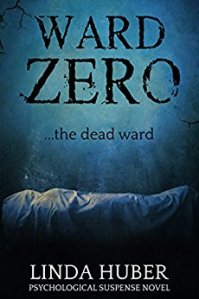 Horror swept through her. Had she been buried alive?
On Sarah’s first visit to see her foster mother, Mim, in Brockburn General Hospital, she is sucked into a world that isn’t what it should be.
Someone is lying, someone is stealing. And someone is killing – but who? With a grieving child to take care of, as well as Mim, Sarah has to put family first. She doesn’t see where danger lies – until it’s too late.

If you think you’re safe in a hospital, think again.

A disappearance. A sudden death. A betrayal of the worst kind.

Ella longs for a child of her own, but a gruesome find during an adoption process deepens the cracks in her marriage. Her husband Rick has a secret, but Ella doesn’t want to know…

Across town, Amanda is expecting her second child when her husband vanishes. The search begins, but nothing prepares Amanda for the shocking conclusion to the police investigation.

And in the middle of it all, a little girl is looking for a home of her own with a ‘forever’ mummy and daddy…

How well do you know your own family? And who can you trust? 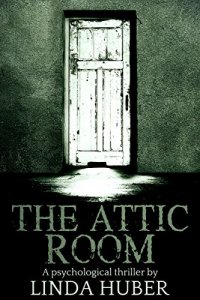 A father’s secret… a mother’s lie… a family mystery.
An unexpected phone call – and Nina’s life takes a disturbing twist. Who is John Moore? And how does he know her name?
Nina travels south to see the house she inherited, but sinister letters arrive and she finds herself in the middle of a police investigation. With her identity called into question, Nina uncovers a shocking crime. But what, exactly, happened in the attic room, all those years ago? The answer could lie close to home.
The arrival of her ten-year-old daughter compounds Nina’s problems, but her tormentor strikes before she can react. Searching for the truth about the Moore family puts both Nina and her child into grave danger. 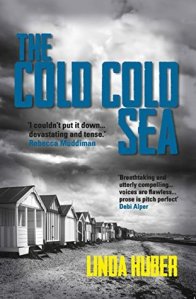 The Cold Cold Sea – to be re-published in August

They stared at each other, and Maggie felt the tightness in her middle expand as it shifted, burning its way up… Painful sobs rose from her throat as Colin, his face expressionless now, reached for his mobile and dialled 999.

When three-year-old Olivia disappears, her parents are overwhelmed with grief. Weeks go by and Olivia’s mother refuses to leave the cottage, staring out at the turbulent sea and praying it didn’t claim her precious daughter’s life.

Not far away, another mother watches proudly as her daughter starts school. Jennifer has loved Hailey for five years, but the child is suddenly moody and difficult, and there’s a niggling worry of doubt that Jennifer cannot shake off. As she struggles to maintain control there are gaps in her story that even she can’t explain.

Time is running out for Maggie at the cottage, and also for Jennifer and Hailey. No-one can underestimate a mother’s love for her child, and no-one can predict the lengths one will go to, to protect her family.

Oh dear, putting this list together has highlighted how many of these I’ve bought and need to bump up my tbr mountain.

You can keep up to date with Linda via her