Today I’m delighted to present Noreen Wainwright with her Five on Friday. Noreen is a regular attendee at Cheshire Book Connections, a monthly bookish meet up in Knutsford that I also try to get to when I can. 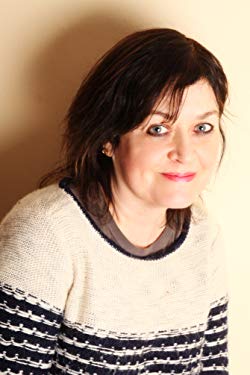 I write and am a mentor at Staffs uni. I have written a crime series which is available on Amazon and have just had the fifth in my Edith Horton series accepted for publication. It is called, Murder in Retreat and it brings big changes to some of the main characters in the series. I am about to start the second in my Ballytierney series.

So over to Noreen:-

So many to choose from!

Michael Row the Boat Ashore, because it was one of the first songs, I used to “sing” apparently.

The Green Fields of France, by The Furies because it is so poignant and because my grandfather fought in the Somme,

Bohemian Rhapsody by Queen because it is bonkers and reminds me of my youth!

The Elizabethan Serenade because my husband really likes it.

Romance by Shostakovitch because it is so beautiful.

Try to be more patient

People can always surprise you, (good and bad) and you find that out when you are experiencing really difficult times.

All the stops and starts and byroads of your working life add hugely to wisdom, in the long run.

Stop getting angry and stressed over trivial things

I have had a lot of journalism published

I have met Price Charles and spoken to him

I have run 2 half-marathons.

Spend more time by the sea and learn to be a better swimmer.

See my books in print (not just e-books)

Have a regular newspaper column

Many thanks for taking part Noreen. The Green Fields of France is also a favourite of mine, having seen the Furies sing it a long time ago. I shall need to check out your two classical pieces though as I don’t recognise them from the title. I hope Prince Charles was nice, I have a soft spot for him. Here’s hoping you get to see your books in print, as well as that regular column.

When Simon Crowe’s body is discovered at Ballytierney, old secrets threaten to destroy the lives of the townspeople. Inspector Ben Cronin is coasting towards retirement, so the last thing he needs is a case that threatens to expose the town’s dark underbelly.

Maggie Cahill, a priest’s housekeeper, is at a crossroads in her personal life when she received a letter out of the blue from someone in her distant past. Her peace of mind and her livelihood are at risk as she seeks the truth of what happened to Simon Crowe, and why someone knows secrets she thought she’d buried long ago.

By the end of the investigation, will both Maggie’s and Cronin’s lives will be changed forever? And will Ballytierney ever be the same?

Set in 1931, Edith Horton is a former VAD who finds herself not only struggling with her inner demons, but with the presence of evil in her village in the Yorkshire Dales.

Her brother is suspected of murdering an elderly wealthy widow, and sins of the past have echoes in her life and the lives of those close to her. 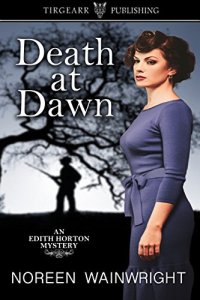 WWI is over but its echoes are still felt in the 1930s. Giles Etherington was a brave officer who also had a darker side. He does not return from a lone morning’s shooting for grouse on the “glorious 12th”. Is his death an act of revenge for his actions during the war, or as a result of his behaviour since? Edith Horton, his wife’s best friend finds herself drawn into the quest for his killer.

Jeremiah Arkwright’s death was sudden and violent. He was a domestic tyrant and uses his strict religious beliefs to control his family. He also had fraught relationships with his farming neighbours. There was another side to Jeremiah, however – a secret life. Has somebody discovered his secret or has someone close to him sought revenge? Edith Horton is drawn into the dark secrets of Pear Tree Farm.

What links the dead poet to Swallow Hall? Many lives have been damaged by a controlling mother, and more than one person has ties to the dead man. Edith has her mind full with concerns about her own relationship and her brother’s health. But, when one of her old friends returns home, Edith is soon involved in the mystery of the Swallow Hall Murder.

A Homespun Year (with Margaret Priestley)

This is a book which celebrates the joys of seasonal living. We show the reader how to spend less and make more; how to slow down and live in tune with the seasons. The book is full of recipes and things to do to make your home life more enjoyable We encourage the reader to be more confident and creative. The book includes instructions on growing you own herbs, making curtains and kitchen accessories, and baking your own Christmas cake and puddings. We aim to take the mystique out of home-making and and restore the joy, much of which has been swept away in a world of consumerism and speed.

You can keep up to date with Noreen via 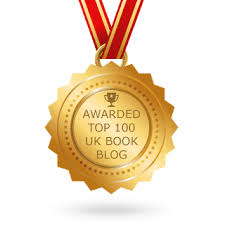 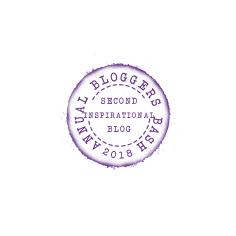