It’s the beginning of the month and time to look at this month’s offerings from Bookchoice. Described as “the digital book service in your pocket” Bookchoice select eight e-books and audiobooks  for £3.99 a month. Yes, you read that correctly £3.99 a month (payable annually in advance). Every month the Bookchoice team selects a range of titles  – from bestsellers and award-winners to the latest literary hits and sends them direct to your email inbox.  Where books are offered in e-book and audiobook format, the offer isn’t for one or the other – it’s for both!! I subscribed in January and here are the titles for this month. 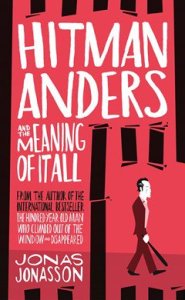 Hitman Anders and the Meaning of it All by Jonas Jonasson

Per Persson leads a quiet and stress-free existence – that is, until a professional hitman turns up to stay at his hotel with services for hire. Never one to miss an opportunity, Per teams up with a local vicar to concoct a lucrative business plan that will capitalise on the killer’s skill.

But when Hitman Anders finds religion, he begins to question the meaning of it all – and risks endangering the profitable plan and himself in the process.

Savage, silly and outrageously funny, Hitman Anders and the Meaning of It All is another classic comedy from Sweden’s finest contemporary author. 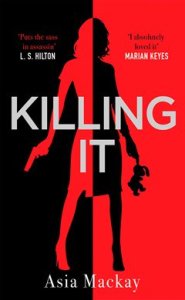 Killing It by Asia Mackay

Alexis Taylor is not just a fearless, no-nonsense assassin working for Her Majesty’s Secret Service. She’s also the mother of a six-month-old girl.

On her return to work, however, alongside the stress-inducing high-stakes game of global espionage, she now also has to contend with patriarchal prejudice. But if anybody thinks she can’t dispatch a target and make it home for bathtime, they have another thing coming…

Fun, feminist and thought-provoking, Killing It is a highly entertaining debut about the travails of womanhood in the twenty-first century.

The Shock of the Fall by Nathan Filer

During a family camping holiday, Matthew Holmes and his brother Simon sneak out in the night. Only one of them returns to the campsite. Now, ten years later, Matthew thinks he has found a way to bring his brother back.

This is the story of a young man trying to make sense of – and come to terms with – a childhood tragedy, and of the elusiveness and unpredictability of memory.

Brave, sensitive and astonishingly accomplished, The Shock of the Fall is a ground-breaking exploration of mental health by an extraordinary new voice in fiction. 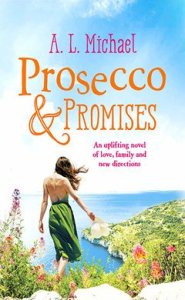 From the outside, it seems like the perfect holiday.

When Mia arrives in Ischia, she’s greeted by her aunt holding two large bowls of homemade pasta. The weather is never anything less than stunning, and there’s even a handsome local to fall for – Salvatore.

But this holiday was never meant to be perfect. Her dad is terminally ill. With only weeks to live, Mia’s father asked for one last thing. And there was no way she could refuse him his dying wish:

Go to Ischia. Enjoy the summer. And don’t come back until he’s gone.

He’d felt the earth move under his bare feet. Then the sky caved in; a landscape of white rumbled towards him, engulfing everything in its path. And soon it would be around him, on top of him, trying to pummel its way through his body. All he could do was lie face down in his tent and hope he was one of the lucky few.

But Jules Mountain was a survivor. He’d already battled cancer and won. There was no way he would let this beat him.

Call Me by Your Name by André Aciman

Lunches that stretch on, course after course, through to dinner. Villas surrounded by orchards of peach trees, their branches slumped with so much fruit. Cooling off in crisp, clear pools.
Elio and Oliver’s relationship blooms in the summer heat.

For Elio, only seventeen and just awakening to this new weight of feeling, it can be overwhelming. He normally hates his father’s summer guests; they take over his space and bore him at dinner. But Oliver is different. All at once Elio wants to disappear into him, and to push him away, and to feel the heat of their two bodies together. A story of summer love that’s both modern and classic.

What Will People Say? by Rehana Rossouw

Every Friday, Neville and Magda sit at the kitchen table and divide up their pay packets: a little for school fees, for bills, for the church.

Together, they are determined to raise their kids decent. But the Cape Flats have other ideas.

Their eldest two are desperate to escape, but the real worry is Anthony. He was only a boy when he first saw the inside of a gangster’s club house; how could he resist. There were girls, good laughs, and that buzz of impending violence in the air. His fate seemed inevitable, no matter how he was raised.

Against the backdrop of 1980s apartheid, which members of the family will thrive and which will survive? 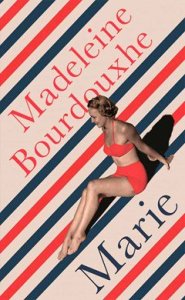 A telephone number can change the way you see the world. The cobbled boulevards of Paris can feel crushingly lonely, or delightfully freeing. You can be devoted to your husband, or forget him entirely. The blood in your veins can sound like the beating of insects’ wings.

When Marie first spotted that young man on the beach, he was only a daydream. But now she has his telephone number, and if she were to dial it, he would become frighteningly, exhilaratingly, sensually real.

Marie is an unearthed modernist treasure, deserving of a place among the great works of the 20th Century.

In recent years, detox juices, raw food diets and transcendental meditation have gone from being obscure pursuits to cultural mainstays. But when – and how – did this happen? And what is it about life in the 21st century that makes us long to be lean, clean and serene?

In Wellmania, acclaimed journalist Brigid Delaney becomes a guinea pig for the trillion-dollar wellness industry in the hope of finding answers to these questions. Crossing continents, cultures, and even colons, the result is a candid and side-splitting exploration of the trend that lies at the heart of Western culture today. 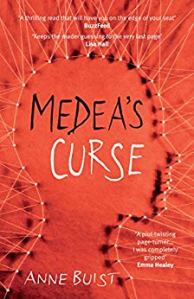 Natalie King is a forensic psychiatrist who deals with perpetrators and victims of violent crime, while struggling with her own off kilter moral compass.

Between her growing involvement with a married Crown Prosecutor, disgruntled former patients standing trial, and a tendency to neglect her own medication, the threatening note she receives one day seems easily dismissable as a typical hazard of her very complex life.

But when the second note arrives, it becomes clear that something more sinister is afoot. Will she figure out who is stalking her before it’s too late?

Rowland Sinclair, the privileged son of old-school wealth, leads the life of a not-so-starving artist.

A painter by practice, with no need for an actual income, he opens his family’s home to his bohemian friends in a time where jobs are hard to come by. With neither an interest nor need to pay attention to the increasingly volatile political climate, his bohemian bliss is shattered with the brutal murder of his Uncle Rowly.

Suddenly, Rowland must throw himself into the growing tensions between the rich and poor, uncovering a plot more sinister than just his uncle’s murder.

‘It takes a talented writer to imbue history with colour and vivacity… an insight into the Australia that was; its conflicting ideologies, aims and desires; the hallmarks of a country still maturing.’ – Australian Book Review