This week it’s the turn of the lovely Caroline England to share her Five on Friday. Caroline was another visitor to my Cheshire Book Connections group who failed to escape in time and was signed up to take part. When we met up again in Harrogate she knew she was safe, so could relax, while I cheekily poached her friends. Joking apart, she’s a delight to meet and I’m pleased to see her books are really attracting attention. 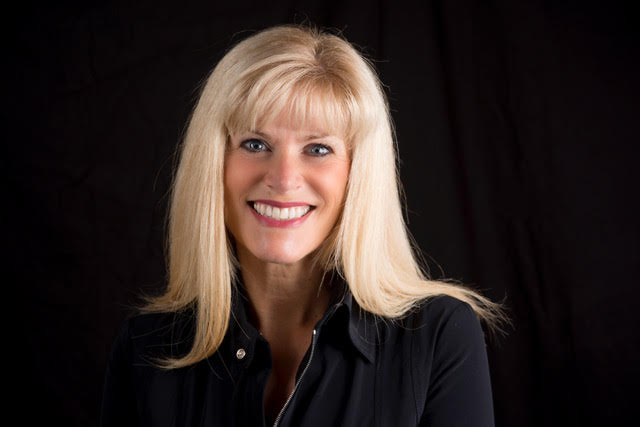 Born a Yorkshire lass, Caroline studied Law at the University of Manchester and stayed over the border, working in the city centre as a divorce lawyer. In addition to her short story collection, Watching Horsepats Feed the Roses, Caroline has had dark twisty short stories and poems published in a variety of literary magazines and anthologies. Caroline draws on her legal career to write about secrets, betrayal and lies, hidden crime and ‘what goes on behind closed doors’. Her debut ‘domestic noir’ novel, Beneath the Skin, was published by Avon HarperCollins in October 2017 and My Husband’s Lies followed on 17th May 2018.

I drive my family nuts by having to think for at least three an a half weeks about questions like this. Just pick anything, they say! Like most people, I guess my childhood, teenage years and early twenties shaped me, so I’ll go for nostalgia and pick five records from my vinyl collection under the stairs (that’s if my middle daughter hasn’t already pinched them!)

– Childhood: Hunky Dory (David Bowie) – I was the youngest of five so I grew up listening to my older siblings records. This album reminds me of my dear and much missed sister Rosie.

– School: The Clash (The Clash) – I went from a shy gauche Bay City Roller fan to a young punk rocker overnight! I dumped Les McKeown for gorgeous chiselled Paul Simonon!

– Teenage: Dare (The Human League) – reminds me of the Crazy Daisy and the Limit Club in Sheffield with my lovely friend Shelina.

– University: Their Greatest Hits  (Eagles)  – reminds me of my friend Jan and the fun we had belting out the lyrics whenever the opportunity arose. ‘You can’t hide those lying eyes…’ Uh oh, now you’ve got me going!

– Work: Actually (Pet Shop Boys) – reminds me of the early days of being a trainee solicitor and the fun I had with my friend Yvonne. Luckily we still laugh as much these days!

I had to ask my youngest daughter to help with this one. She rolled her eyes and said, ‘tea, nuts, Baileys, obviously!’ So I’ll add my laptop and my diary (so I know what day of the week it is, let alone the actual date!)

Tricky question, Jill! This is like being in ‘The Psychiatrist’s Chair’!

Young Caroline, you should:

– follow the itch to write now rather than leaving it for years!

– been FAR more confident than you are.

– stop being so fussy and snog all those handsome boys!

As my friends will tell you, I used to be a very private person until this writing malarkey came along! Now I’m a little more open and fess up to all sorts of things! I think my three daughters are worried that I’ll loose my inhibitions completely. How embarrassing would that be?

– I can’t swim underwater for more than ten seconds.

– I was at Oasis’s final ever gig.

– I was at Headingly when Geoffrey Boycott achieved his 100 first class 100!

– I was so surprised to see Martin Fry (of ABC fame) walk into a cafe in Sheffield that I spurted out my drink!

– a safari in Africa

The last two items are actually a lie, but I am a creative writer, so that’s allowed!

Thanks for taking part Caroline, as one Yorkshire lass to another glad to see it was tea and not coffee that you can’t live without! Paul Simonon was definitely an upgrade on Les McKeown (but I’m biased – I was never a BCR fan).  Glad to see your younger self found that confidence and at least with the writing it was better late than never. Good luck with the next 9 books, the whale watching and the safari!

Do you really know your friends?

On the afternoon of Nick and Lisa’s wedding, their close friend is found poised on a hotel window ledge, ready to jump.

As the shock hits their friendship group, they soon realise that none of them are being as honest with themselves – or with each other – as they think.

And there are secrets lurking that could destroy everything.
Tense, disturbing and clever, My Husband’s Lies is a breath-taking read, perfect for fans of Lucy Clarke and Erin Kelly.

Antonia is beautiful and happily married. Her life is perfect. So why does she hurt herself when nobody’s watching?

Sophie is witty, smart and married to the best-looking man in town. She likes a drink, but who doesn’t?

Olivia is pretending to be a happy wife and mother. But her secret could tear her family apart.

Their lies start small, they always do. But if they don’t watch out, the consequences will be deadly.

You can keep up to date with Caroline via