Today I’m really pleased to introduce Doug Johnstone, crime author and drummer with the Fun Lovin’ Crime Writers. I had the pleasure of catching up with Doug recently at the East Riding Festival so there was no escaping an invite to take part. 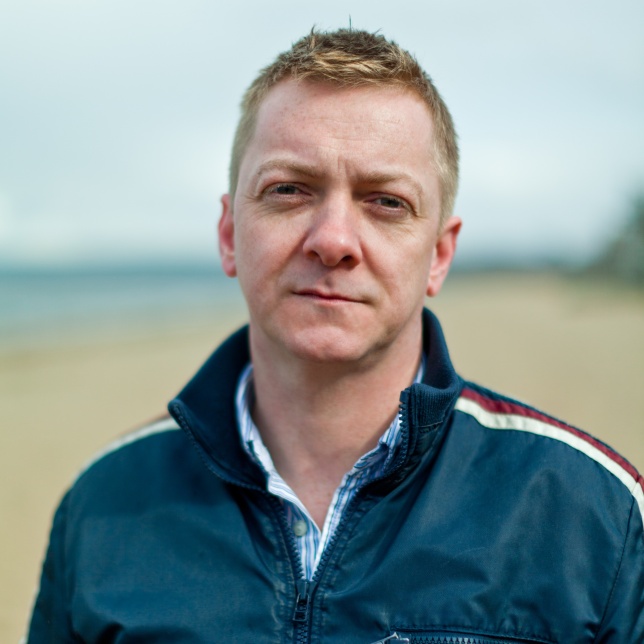 Doug Johnstone has had nine novels published, most recently Fault Lines (Orenda). Several of his other novels have been award winners and bestsellers, and he’s had short stories in numerous anthologies and literary magazines. He’s taught creative writing and been writer in residence at various institutions, and he’s also an arts journalist and Royal Literary Fund Consultant Fellow. Doug is a musician with seven albums released in various bands, and he currently plays drums for the Fun Lovin’ Crime Writers, a band of crime writers. He’s also player-manager for the Scotland Writers Football Club and has a PhD in nuclear physics.

‘Stand and Deliver’ by Adam and the Ants – Adam Ant was my first crush, I was absolutely besotted with him at an early age. This seems like a golden age when pop stars were preposterous and glorious at the same time.

‘Ace of Spades’ by Motorhead – I loved this pretty much the same time as I loved Adam and the Ants, to me, the idea of only liking one genre of music is preposterous. I spent a long time as a metalhead and rock fan and that is totally coded into my DNBA.

‘My Curse’ by The Afghan Whigs – I was heavily into the grunge scene in the early 90s, and this lot were my favourite of all those bands. They were a cut above the other rock stuff, with a definite soul edge to their music, and this song could make a horse cry.

‘Spirit Ditch’ by Sparklehorse – I love all sorts of Americana or alt.country, and Sparklehorse were just a genius band from start to finish. The project of Mark Linkous, their first record is sublime, and this fragile and weird song is the epitome of what made them so great.

‘Roygbiv’ by Boards of Canada – This blew my mind when I heard it and opened my eyes to the world of electronica. This band are two Scottish brothers who make incredible soundscapes that sound both futuristic and retro at the same time. Perfect music to write to.

Chill the fuck out.

Stick in at the piano lessons.

Stop falling in the Keptie Pond so much.

I used to have my nipple pierced.

I once touched Meryl Streep continuously for an hour.

I have a PhD in nuclear physics.

I scored the winner in an international football match against Italy.

Write a movie that actually gets made and isn’t shit.

Live to see my kids as healthy and happy adults.

Great answers Doug, thanks so much for sharing with us. Trying to get a very bizarre image out of my head while simultaneously trying to figure out who/what Meryl Streep was in this context. The falling in the pond reference made me laugh, remembering taking my little brother to the park. He never fell in, but strangely anyone near him did! You clearly love travelling, so taking the advice of your younger self I hope you get to achieve your bucket list dreams.

In a reimagined contemporary Edinburgh, where a tectonic fault has opened up to produce a new volcano in the Firth of Forth, and where tremors are an everyday occurrence, volcanologist Surtsey makes a shocking discovery.

On a clandestine trip to new volcanic island The Inch, to meet Tom, her lover and her boss, she finds his lifeless body, and makes the fatal decision to keep their affair, and her discovery, a secret. Desperate to know how he died, but also terrified she’ll be exposed, Surtsey’s life quickly spirals into a nightmare when someone makes contact – someone who claims to know what she’s done… 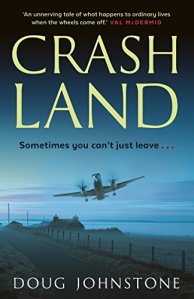 Sitting in the departure lounge of Kirkwall Airport, Finn Sullivan just wants to get off Orkney. But then he meets the mysterious and dangerous Maddie Pierce, stepping in to save her from some unwanted attention, and his life is changed forever.

Set against the brutal, unforgiving landscape of Orkney, CRASH LAND is a psychological thriller steeped in guilt, shame, lust, deception and murder. 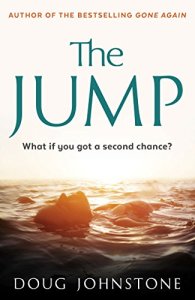 Struggling to come to terms with the suicide of her teenage son, Ellie lives in the shadows of the Forth Road Bridge, lingering on its footpaths and swimming in the waters below. One day she talks down another suicidal teenager, Sam, and sees for herself a shot at redemption, the chance to atone for her son’s death.

But even with the best intentions, she can’t foresee the situation she’s falling headlong into – a troubled family, with some very dark secrets of their own.

Meet Martha. It’s the first day of her new job as intern at Edinburgh’sThe Standard. But all’s not well at the ailing newspaper, and Martha is carrying some serious baggage of her own.

Put straight onto the obituary page, she takes a call from a former employee who seems to commit suicide while on the phone, something which echoes with her own troubled past.

Setting in motion a frantic race around modern-day Edinburgh,The Dead Beat traces Martha’s desperate search for answers to the dark mystery of her parents’ past. 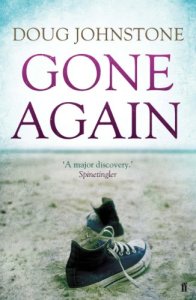 As Mark Douglas photographs a pod of whales stranded in the waters off Edinburgh’s Portobello Beach, he is called by his son’s school: his wife, Lauren, hasn’t turned up to collect their son. Calm at first, Mark collects Nathan and takes him home but as the hours slowly crawl by he increasingly starts to worry.

With brilliantly controlled reveals, we learn some of the painful secrets of the couple’s shared past, not least that it isn’t the first time Lauren has disappeared. And as Mark struggles to care for his son and shield him from the truth of what’s going on, the police seem dangerously short of leads. That is, until a shocking discovery… 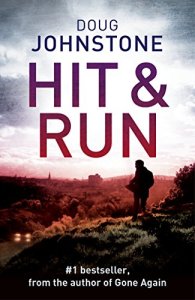 Driving home from a party with his girlfriend and brother, all of them drunk and high on stolen pills, Billy Blackmore accidentally hits someone in the night. In a panic, they all decide to drive off.

But the next day Billy wakes to find he has to cover the story for the local paper. It turns out the dead man was Edinburgh’s biggest crime lord and, as Billy struggles with what he’s done, he is sucked into a nightmare of guilt, retribution and violence.

A rollicking and hugely enjoyable contemporary novel describing the outrageous mid-winter tour around Scotland of a group of musicians called ‘The Ossians’. The band’s driving force is twenty-four-year-old lead singer, Connor – intelligent but self-destructive, pretentious but charismatic, gloriously opinionated and with an extraordinary ability to get beaten up.

The band is on the verge of signing a major record deal before setting off on a two-week tour of the cities and hinterland of Scotland, a tour expected to culminate triumphantly in a defining Glasgow gig. On their travels there is a seagull massacre, hapless drug deals, a mysterious stalker, a radioactive beach, a bomb-testing range, an epileptic fit, a town full of riotous Russian submariners, deadly snowstorms, epiphanies, regular beatings and random shootings.

Your best mate just fell off a cliff in mysterious circumstances and you were the last person to see him alive. What do you do?

Well, if you’re David Lindsay from Arbroath, you get the hell out of there and don’t return. Not for at least fifteen years. Until Nicola Cruickshank – yes, that Nicola, the girl you always fancied but never had the guts to approach – gets in touch and asks – no, demands – that you go back for a school reunion. To the place where it happened. The place you’ve been running from for fifteen years. Of course you go. Not to belatedly lay your mate to rest, but because you still fancy Nicola.

The thing is, if you are David Lindsay, then returning to Arbroath isn’t going to lay any ghosts to rest. And when someone else takes a dive off the cliffs – an act the locals have taken to calling ‘tombstoning’ – while David’s there, he has a choice: run away again, or finally find out why people keep dying around him . . .

Driven by amateur whisky-nut Adam, four late-thirties ex-university mates are heading to Islay – the remote Scottish island world famous for its single malts – with a wallet full of cash, a stash of coke and a serious thirst.

Over a weekend soaked in the finest cask strength spirit, they meet young divorcee Molly, who Adam has a soft spot for, her little sister Ash who has all sorts of problems and Molly’s ex-husband Joe, a control freak who also happens to be the local police. As events spiral out of control, they are all thrown into a nightmare that gets worse at every turn.