Today I’m delighted to feature author and composer Thomas Enger.  I was fortunate to meet Thomas at The Orenda Roadshow in Manchester earlier this year. As well as adding his latest book to my beloved signed collection, it was the ideal opportunity to invite him to share his Five. 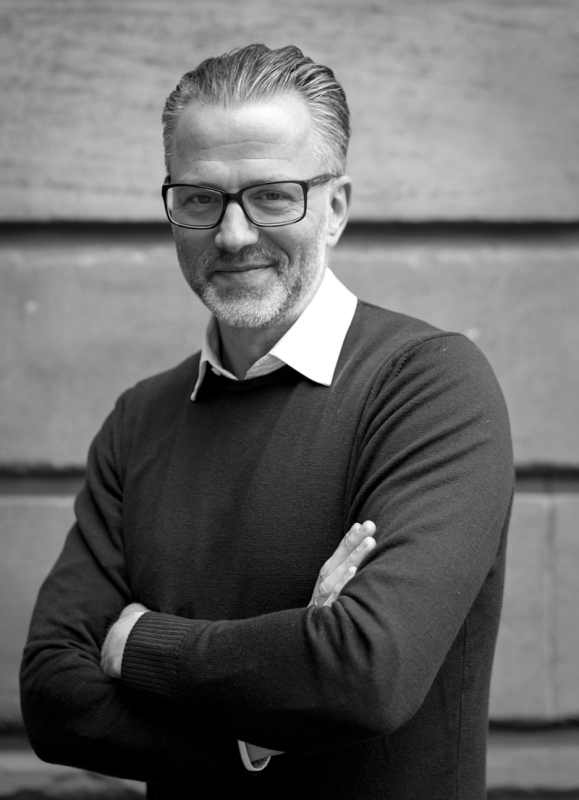 Thomas Enger (b. 1973) made his debut in 2010 with Burned, the first of five novels in the critically acclaimed Henning Juul series. Burned was shortlisted for the eDunnit award in England for the best novel that was both published as a hard back and in a e-book format in 2011. Movie rights for all the books in the Juul series have been sold to the Norwegian production company Cinenord. His most recent book is Inborn (Orenda Books). Thomas’s books are published in over 30 countries. He lives in Oslo with his wife and two children.

So over to Thomas:-

Edvard Grieg: Piano concerto in A minor. Quite simply because it’s the most stunning piece of music ever written.

Andrew Lloyd Webber: Phantom of the Opera. I went to see this in West End in 1989 (I was 14), and it changed my way of thinking about music completely.

James Horner: Braveheart. Quite possibly the most beautiful and romantic movie score ever made.

James Newton Howard: Snow Falling on Cedars. One of the most emotive and immerse scores I know.

Hans Zimmer: Crimson Tide. Quite possibly the CD I’ve played the most.

Our summer cabin in Stavern

Study at least one year abroad

Spend more time with your grandparents

I used to stutter/stammer a lot when I was young. Had a huge problem with it.

My first paid job was as a garbage disposal person at Oslo Airport Gardermoen.

I grew up listening to a lot of heavy metal.

Go see/listen to a Hans Zimmer in concert show

Take my son to see Manchester United at Old Trafford

Record an album with my songs

Thanks so much for sharing with us Thomas, it’s been great to discover more about you. I’m interested in hearing some of your musical choices that I’m not familiar with – I’m particularly partial to a romantic/emotive movie score. Personally delighted to see a certain football team making an appearance (twice). I fell in love with George Best in 1968 as a 10 year old, and they’ve been ‘my’ team since. Hopefully you’ll get to take your son to Old Trafford. Glad to see you gave up your desire to be a butcher, I’m sure your readers are equally appreciative too!

For those of you interested in hearing some of Thomas’s compositions choose music once you’ve followed the link here.

Click on image for non-affiliated buying link in UK 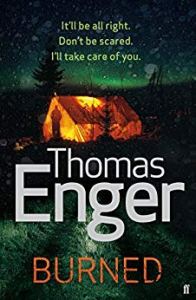 A BRUTALISED VICTIM IN THE WILDS
A solitary tent is found to contain the body of a half-buried woman. She’s been stoned to death. There are lash marks across her back. One of her hands has been cut off.

A LONE VOICE
Two years earlier internet reporter Henning Juul lost his son, Jonas, in a domestic fire. As he returns to work, physically and emotionally scarred, Henning struggles to escape this past and to be taken seriously again as a reporter – by his colleagues, his ex-wife and the police.

A MYSTERY IGNITED
Told to cover the story of the woman in the tent, he finds an increasingly dangerous trail and, despite an early arrest, he is convinced that the story is more complex than the police think… 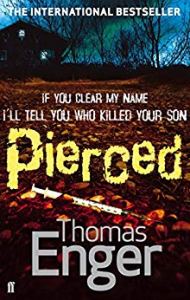 A Convicted Killer: Despite always maintaining his innocence, Tori Pulli, once a powerful player on Oslo’s underground crime scene, has been found guilty of murder.

A Loose End: Scarred reporter, Henning Juul, is contacted by Pulli, who claims that if Henning can help clear his name he can give him details of who was responsible for the fire which killed his six-year-old son, Jonas.

A Double Threat: Desperate to continue his own search for justice, Henning realises that the information Pulli promises is life threatening, to both of them and to others. As events take a deadly turn, Henning finds himself on the trail of two killers for whom the stakes have never been higher… 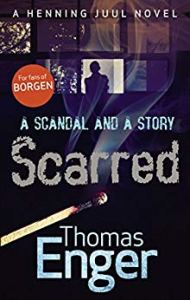 An elderly woman is found dead in a nursing home. Bjarne Brogeland, who heads up the investigation, soon realises that they are on the trail of a meticulous killer who has developed a keen taste for revenge. A killer who has only just begun…

Trine Juul-Osmundsen, Norway’s Secretary of State and Henning Juul’s sister, is accused of sexually harassing a young male politician. As the allegations cause a media frenzy, Trine receives an anonymous threat telling her to resign. If she doesn’t, the truth about what she really did that night will be revealed.

Scarred reporter Henning Juul, finds himself torn between the two high profile cases. He wants to help his estranged sister, but as he digs into their past, he discovers memories that haunt them both. Memories of a broken home. Memories of a dead father.

As the two cases collide, both their worlds threaten to fall apart.

What secret would you kill to protect?

When Hedda Hellberg fails to return from a retreat in Italy, her husband discovers that his wife’s life is tangled in mystery. Hedda never left Oslo, the retreat has no record of her and, what’s more, she appears to be connected to the death of an old man, gunned down on the first day of the hunting season in the depths of the Swedish forests.

Henning Juul becomes involved in the case when his ex-wife joins in the search for the missing woman, and the estranged pair find themselves enmeshed both in the murky secrets of one of Sweden’s wealthiest families, and in the painful truths surrounding the death of their own son. When their lives are threatened, Juul is prepared to risk everything to uncover a sinister maze of secrets that ultimately leads to the dark heart of European history. 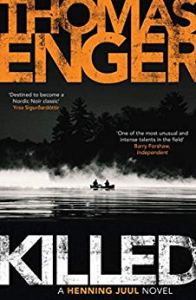 Crime reporter Henning Juul thought his life was over when his young son was murdered. But that was only the beginning…

Determined to find his son’s killer, Henning doggedly follows an increasingly dangerous trail, where dark hands from the past emerge to threaten everything. His ex-wife Nora is pregnant with another man’s child, his sister Trine is implicated in the fire that killed his son and, with everyone he thought he could trust seemingly hiding something, Henning has nothing to lose … except his own life.

Packed with tension and unexpected twists, Killed is the long-awaited finale of one of the darkest, most chilling and emotive series you may ever read. Someone will be killed. But who? 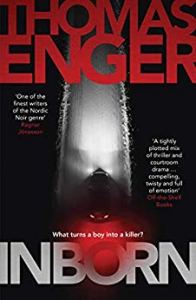 What turns a boy into a killer?

When the high school in the small Norwegian village of Fredheim becomes a murder scene, the finger is soon pointed at seventeen-year-old Even. As the investigation closes in, social media is ablaze with accusations, rumours and even threats, and Even finds himself the subject of an online trial as well as being in the dock … for murder?

Even pores over his memories of the months leading up to the crime, and it becomes clear that more than one villager was acting suspiciously … and secrets are simmering beneath the calm surface of this close-knit community.  As events from the past play tag with the present, he’s forced to question everything he thought he knew. Was the death of his father in a car crash a decade earlier really accidental? Has a relationship stirred up something that someone is prepared to kill to protect?

It seems that there may be no one that Even can trust.

But can we trust him?

You can keep in touch with Thomas via