Today I’m delighted to host former journalist turned novelist Susan Pape. Susan writes smart and witty women’s fiction with long time friend Sue Featherstone.  Susan is a Yorkshire lass with a professed love for Filey,  so I’m sure we’d get on if we ever met. 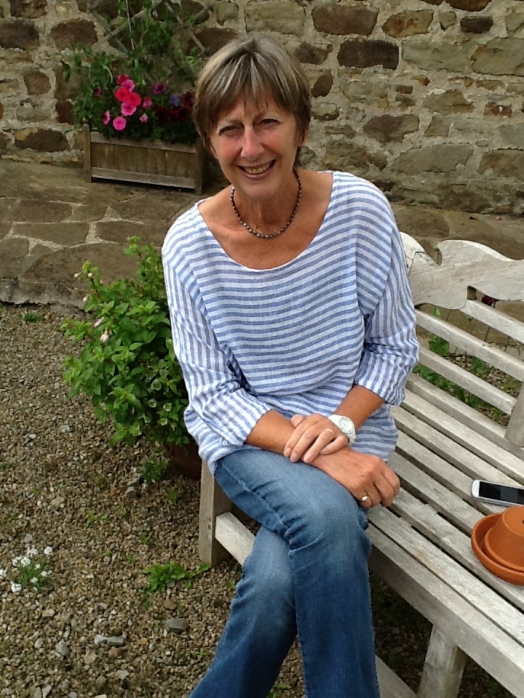 Susan Pape is a former newspaper journalist with extensive experience of working for national and regional papers, and magazines. She has also worked in higher education, teaching journalism at Leeds Trinity University.

They went on to write their debut novel, A Falling Friend, published by Lakewater Press, which has been followed by a second book, A Forsaken Friend. The final book in the Friends trilogy, A Forgiven Friend will be published this year.

Mr Blue Sky. I saw Jeff Lynne’s ELO at the First Direct Arena in Leeds last year and the audience (many of a certain age who remember the Electric Light Orchestra from the first time around) erupted in sheer delight. It was an absolutely amazing atmosphere.

Happy by Pharrell Williams. It’s a song that you can’t help smiling, clapping and dancing along to.

Faure Requiem is the best known of composer Gabriel Faure’s large works, and although I’ve listened to it many times, it still has the power to overwhelm.

Hallelujah by Leonard Cohen. I would gladly list all Leonard Cohen’s music on my soundtrack, but it I had to pick just one it would be this. I saw Leonard Cohen in concert two or three years ago and it was one of the most magical events of my life. The whole audience was as one: we loved him and none of us could believe we were actually there listening to him.

Max Bruch’s Violin Concerto is a popular piece which regularly features in Classic FM’s top 100. I love it because it’s so intense and leads you into a slowly building finale that knocks your socks off.

My computer (for writing)

Dive in at the deep end.

Just be natural: life’s not a performance, and you don’t have to put on an act.

Be genuinely nice to people rather than ingratiate yourself or try to please others to win their affection and approval.

Some of your worst fears will materialize, but you will deal with them.

I have climbed all the 214 hills (known as Wainwrights) in the Lake District (some more than once). I took a bottle of champagne up the final one on my list (which was some weight in my rucksack) and sat on the cairn drinking and celebrating.

I spent my early years in Hong Kong and can count to ten and swear in Mandarin.

I play the ukulele in a band. I learned to play during a music tuition weekend in the Lakes, without telling anyone what I was doing. I came home, made my husband close his eyes while I took my uke from its case, and played him Jambalaya, an easy tune as it’s only got two chords, but to me, it was the start of a love affair with this crazy little instrument.

I ghost wrote two cookery books. Friends will laugh at this because I’m a notoriously bad cook. To produce the books, I spent time with the chefs involved and it was a case of interviewing them and copying down, ounce for ounce, the recipes they wanted including. Because these books were ghost written, I wasn’t allowed to say I was the ‘author’, but I proudly keep them on my bookshelves.

Deep within my heart is a secret I can never tell anyone.

I don’t really have a bucket list. I’ve always taken the view that if you have ambitions and goals, just get on with it. Don’t make excuses as to why you can’t do something – go on and do whatever’s possible for you. I’ve had that approach to climbing mountains; walking long-distance footpaths; taking two degrees as a mature student; training and running half-marathons; speaking in public; and writing books and getting them published.

But if I was pushed, I’d say I want to learn to dive and conquer my fear of swimming underwater.

Thanks so much for joining us today Susan. I love your advice, very practical and I wholeheartedly agree with the principles of be yourself and be nice to others. I’m also with you on the bucket list, I know I asked the question, but I don’t have one either. Living for today, and making the most of your chances and opportunities would be my philosophy too. I love that you can swear in Mandarin, I’m sure that comes in handy when an expletive is needed in polite company!  Of course what everyone really wants to know now is your secret – I guess we’ll never get the answer though.

Click on image for a non affiliated buying link

There are two sides to every friendship.

After spending her twenties sailing the globe, making love on fine white sand, and thinking only of today, Teri Meyer returns to Yorkshire – and back into the life of childhood friend Lee. Plus, there’s the new job, new man – or three – and the guaranteed lump sum of a bursary for her academic research piece on the way. Life is first-rate.

What could possibly go wrong?

Going out on a limb to get best friend Teri a job at the same university seemed like a great idea. But it doesn’t take long for Lee Harper to notice a pattern. Teri seems to attract trouble, or maybe she creates it, and Lee can see exactly where things are spiralling – downwards. But Teri’s not the sort to heed a warning, so Lee has no choice but to stand by and watch.

And besides, she has her own life to straighten out.

Things can’t get much worse for Teri Meyer. If losing her job at the university and the regular allowance from her dad’s factory isn’t bad enough, now her ex-best friend has gone and stolen her ex-husband! Well, to hell with them all. A few weeks in the countryside at her brother’s smallholding should do the trick – and the gorgeous and god-like neighbour might help.

But then there’s Declan, not to mention Duck’s Arse back in Yorkshire…

It’s not as if Lee Harper set out to fall in love with her best friend’s ex-husband. But, for once, her love life is looking up – except for all the elephants in the room, not to mention Mammy’s opinion on her dating a twice-divorced man. Perhaps things aren’t as rosy as she first thought. And now with one family crisis after another, Lee’s juggling more roles – and emotions – than she ever imagined.

Maybe sharing her life with a man wasn’t such a grand idea.

Click on image for more details and non-affiliated buying link 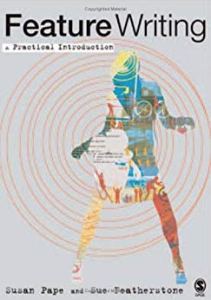 Susan blogs about books and writing with Sue at bookloversbooklist.com