Today I’m delighted to feature author Rosie Howard, although some of you may also know her as Poppy Alexander. I was lucky enough to Rosie’s book The Homecoming last year and happy to report that the second book in the series A Vintage Year has just been published in paperback. Both books are feel-good, heartwarming books set in Havenbury, an imaginary rural community in Sussex. Rosie’s first novel as Poppy Alexander is available as an e-book now. The film and TV rights have been optioned and the book will further be published in a larger range of formats and languages towards the end of 2019. 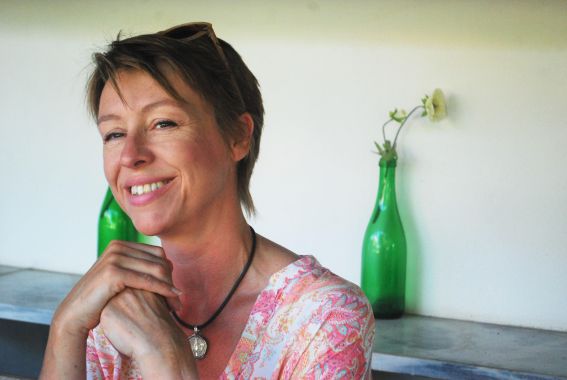 With a father in the forces and the diplomatic corps, Rosie Howard spent much of her childhood in UK boarding schools, joining her parents in exotic destinations during holidays. After obtaining a degree in music she pursued a career in public relations, campaigning, political lobbying and freelance journalism but realized her preference for making things up and switched to writing novels instead. She lives in a West Sussex village with her husband and two children in a cottage with roses around the door.

So over to Rosie

Mozart’s Requiem – because this was the first oratorio I ever took part in. I played clarinet (badly) at the time and being in the middle of a full orchestra, along with soloists and choir, creating such incredible music together was intoxicating. I still love it. Also, it reminds me of the David Schaeffer play/film, Amadeus, in which rival composer Salieri believes himself to be cursed by God because he has been given the ‘gift’ of recognising Mozart’s talent but has no real talent himself. That’s me.

Bryan Adams – Summer of ’69 because that was what we were playing the summer I finished my A Levels. We sat in the sun, we drank, we danced and we wondered how on earth we were ever going to become useful, effective grownups, which – we were horrified to discover – was a state imminently expected of us. I know now, it never truly happens, or at least it hasn’t yet.

Handel – The Arrival of the Queen of Sheba because – on a blazing hot summer’s day, long, long ago – I walked down the aisle to this, on my father’s arm (yes, I know, embarrassingly grandiose). That day, with this glorious music ringing in my ears, I married my amazing husband who is still my best everything all these years later. What a ride!

Roxy Music – Avalon – this was already a classic by the time I got into listening to music, but I just thought – and still think – Bryan Ferry is the coolest person who ever lived.

Mozart’s Clarinet Quintet – because the second movement is the most sublime piece of music ever written for clarinet. It was extensively used in the film Out of Africa with Robert Redford and Meryl Streep. An absolute classic. I must watch it again one day soon.

Stovetop espresso maker – every morning, once the morning chaos has abated, I make myself a flat white. It’s a ritual and is my final procrastination before I run out of excuses and have to start writing.

Dog – my dog is a young, fox red Labrador called Saffy (Saffron) because of her amazing colour. Her fur is a different colour to every item of soft furnishing we possess so – helpfully – it really shows up how little hoovering I do. She insists I get out into the fresh air once a day and that’s good for both of us. We are lucky enough to live in a beautiful place at the foot of the Downs in Sussex and with dog walks through fields and forests, along rivers and the beach, we are spoilt for choice.

Aga – I learned to cook on an Aga and now have one of my own, the joy being not only the constant heat but the fact it has no twiddly knobs and dials. I am overawed by fancy stoves with conduction hobs and all that jazz. I’d struggle to boil an egg on a normal cooker now.

Trainers – I pretty much live in trainers because I now cannot understand my former self who definitely, inexplicably, thought a shoe’s primary function is to look cool and not to aid painless walking. Who WAS that woman…?

Backpack – because I now cannot understand my former self who thought handbags existed to look cool… see above.

I’m not sure five is going to be enough…

Don’t worry so much. It’ll all be alright in the end and if it’s not alright, it’s not the end.

You are good enough – clever enough, beautiful enough… (insert as necessary) don’t let anyone else define you or, in any other way, f*** with your head.

Do the thing that makes you happy. Do it again. Keep doing it.

You are at a disadvantage being a woman because women get it tough – unless you challenge this, things will not change and then your heart will break for your daughter, knowing she will face many of the challenges you did, but maybe/hopefully not all of them.

You are at an advantage being a woman because being at a disadvantage sharpens the mind and makes you more determined. Nothing will fire you up more than being overlooked because you happen to have tits but that rage is useful. Harness it.

Most people don’t know ANYTHING about me as I don’t flatter myself I have much of a public following yet, but – as I settle down to write my sixth book (not including the several unfinished ones) – that might be changing, although I do like the relative anonymity of being a writer in comparison with being, say, a politician as I am no good at keeping my mouth shut.

However, five things about me that may surprise people are:

As a jobbing writer, I have written on some bizarre topics for some unusual publications over the years, including ‘Plastics and Rubber Weekly’ – not as exciting as it sounds.

My first published novel was shortlisted in the Good Housekeeping Novel Writing Competition. The first prize was a publishing contract with Orion Publishing and I didn’t win it, but the novel was published by Choc Lit as ‘Never Marry a Politician’. A few years on, I actually have a publishing contract with Orion, anyhow, and am glad it worked out the way it did as I am more ready to make the most of the opportunity than I would have been then.

I once sang a solo top B Flat in public despite being a Mezzo Soprano. It was the Bachianas Brasileiras by Villa Lobos. I think I got away with it. Just.

I have a genetic connective tissue disorder called Ehlers Danlos Syndrome – hypermobility type (hEDS). It is not well known, even in medical circles, and lack of awareness often makes things worse for people who have it – which is why I thought I should mention it.

I am blind in one eye, which isn’t obvious unless I’ve had too much to drink. Therefore probably more people might have noticed this than I fondly imagine.

Spend time in rural Italy. And then use it in a novel. As legitimate research this is tax deductible in my view (if not my accountant’s).

Learn to play the violin. Violinists have all the best tunes, especially if you like Baroque music, which I do. Also, apparently learning an instrument staves off dementia, which is starting to interest me very much as my mother sadly has it now and she is not that old.

Take an English degree. I would adore to wallow in literature for three years and think – if I had taken English rather than Music – I might have started writing sooner.

Achieve enough in life to earn an invitation onto Desert Island Discs because then I can choose eight favourite tracks rather than just five.

Thanks so much for joining us today Rosie, and glad to focus your mind on narrowing those music choices down for that Desert Island Discs appearance! I’m definitely a comfy shoe person too and bags are purely functional for me. As I also have a passing acquaintance with housework I think we’d get on famously – though might have to fight you for Bryan Ferry! I agree there are advantages and disadvantages to being female, but the trick is too make them work for you where you can. Here’s hoping you get to achieve some of those bucket list items too!

Maddy fled the idyllic market town of Havenbury Magna three years ago, the scene of a traumatic incident she revisits most clearly in her dreams. Even so, when she is called back to help at the Havenbury Arms after her godfather Patrick suffers a heart attack, she is unprepared for the tangle of emotions her return provokes.

Psychologist and ex-army officer Ben is sure he can help Maddy to resolve her fears, until he finds himself falling for her, and struggling with a recently uncovered family secret of which Maddy is blissfully unaware. Then Maddy’s mother, Helen, arrives and Patrick himself must confront a few uncomfortable truths about his history and the pub’s future.

It started with ‘happily ever after’, yet just three years after Bella’s fairy-tale wedding to irrepressible Charlie Wellbeloved, her best friend, Maddy, is expecting a baby, while Bella’s own weight gain is purely from comfort eating. Only her little Labrador, Dolly, can boost her spirits as she gloomily surveys her failing marriage and fledgling interior design business.

Dovecot Farm is just a rainstorm away from ruin, but Charlie is hoping against hope his family vineyard will produce a vintage year, saving his business, his childhood home and – most of all – his marriage…

When handsome Rufus appears in the tight-knit Havenbury community, he quickly charms Bella and makes himself indispensable to Charlie. But is he really too good to be true… 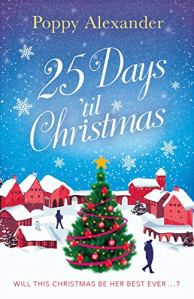 Kate Potter used to love Christmas. A few years ago she would have been wrapping her presents in September and baking mince pies on Halloween, counting down to the countdown to Christmas. But a few years ago, everything was different. That was before Kate’s husband went away with the army and didn’t come home. Now she can hardly stand December at all.

Kate’s lonely. She doesn’t think she’s ready for romance, but she needs more than this, and her son Jack needs a Christmas to remember. What Kate needs is a Christmas miracle, and if there isn’t one on its way, she’ll just have to make her own.

So begins Kate’s advent countdown to the best Christmas ever.

She has it all planned out, but you can’t plan for the unexpected, and when the path of the loneliest woman in town crosses with that of the loneliest man, she just might find a way to save Christmas for all of them…