Bowing to the inevitable and standing back, but not standing down. 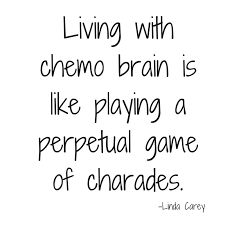 Some of you may have spotted my Tweet on Thursday night, stating that I was ‘bowing to the inevitable’ and giving up reviewing. I felt, for several reasons, it merited a proper explanation, if only to clarify any misapprehensions that I might be ill again (I’m not). So this post is both a bookish one and also a more medical one that helps to clarify what is the reality and new normal for some cancer survivors (what exactly is the right word? – I’m not a fan of battle related epithets, although I understand why people use them).

As anyone who regularly visits my blog (for which thank you) will have been well aware, reviews have been sporadic at best, and completely absent at worst. Regular visitors will also appreciate the initial cause for that – namely an unscheduled visit by the Big C in 2017, or as we preferred to call it the Little B we christened Boris. While coming to terms with the diagnosis of breast cancer  (all revealed here) the most uttered ‘positive’ comment to make me feel better was “on the bright side, think about all the time you’ll have to read”.  Yes, all that time, and guess what? no bloody inclination to read at all. My 9 months of enforced ‘free time’ in between surgery, chemo and radiotherapy saw me reading sod all. Now I clearly can’t review what I haven’t read, so that accounted for the first lull in proceedings, but it’s the later absence that is sometimes harder to explain to others.

I know some people can’t always understand why you’re unable to read, as if it’s a choice you’ve made, or a habit you’ve got out of. Trust me, if I’d been able to read, I’d have been delighted – have you seen the size of my TBR pile (I literally won’t live long enough to read it all – and that is a logistical fact, not any morbid foreboding). The thing is, if you haven’t come across it, there’s this little thing called ‘chemo brain’ only the effect it has isn’t always that little. Here’s a handy little checklist of the most common examples:-

While I didn’t exhibit all of those during my first stage of treatment, I certainly couldn’t concentrate. I could watch TV or mess about on my tablet, but they were pretty transient activities. I didn’t really need to focus, or remember what I’d seen or read, I was merely passing time because I couldn’t concentrate on anything else. If I picked up a book I wasn’t really reading, I was scanning down lines of words, when I’d got to the bottom I’d not really be able to say what I’d read. I just wasn’t concentrating or taking anything in. I just read back over my blog regarding my ‘first’ chemo and came across things I’d completely forgotten(non pun intended),

“Got up in time to remember to take the injection out of the fridge and take a Clarityn pill. That was about all I remembered. I’ve heard of chemo brain, but wasn’t expecting it to hit so soon. Whatever caused it, I managed to read the instructions from the steroid pills and apply it to my anti-sickness pills. Great OD’d on day one …I did try to telephone my mother using my own telephone number … realised I’d forgotten to take my steroids, which had come with a proviso, ideally take about 2pm, and no later than 6pm. I took them at 8pm”

The official term for ‘chemo-brain’ is cognitive impairment and like most things, how severe it is, or how it long it lasts varies from individual to individual. Though it appears that the delightful cocktail of chemo that they pump into breast cancer patients is recognised as being responsible for cognitive impairment in up to 75% of cases. Furthermore it might last for 6 months or longer after treatment. So, all I needed to do was wait and all would be well. Except while the chemo and radiotherapy was all done and dusted I still had my Herceptin injection to take every 3 weeks for another 9 months (my cancer was HER2+).  In addition because my Little B was also apparently ER+ I had to start taking Letrozole (aka Femara) and I was also prescribed Pregabalin to counter act the ‘peripheral neuropathy’ caused by nerve damage to my feet as a result of chemo.

Now it just so happens that Letrozole is also a culprit in causing cognitive impairment. As well as a host of other ‘gifts’ it brings, it generates menopausal symptoms (despite the fact I was already well past that joy) as it’s main function is to eradicate oestrogen. As ladies of a certain age will know, the menopause in itself can cause memory problems (as well as a long list of other problems I now ‘enjoy’). So a double whammy. But wait, what about the Pregabalin? Yay, a triple whammy, it is also a culprit in causing memory issues and problems with concentration.

So I think you get the picture, it’s not that I don’t want to do things, very often I can’t.  I can do book hauling posts, because it’s just a list I don’t really need to think about, I can do my travel/holiday posts because I’m just looking up info on the internet and putting together a coherent piece with pictures. I can do posts like this, although admittedly it takes me some time, because my spelling is now rubbish and WordPress has removed the spell check option!! I also find that while I type what I’m thinking when I go back and look I’ve left words out. But reviews, assuming I’ve actually read a book, are hard. I need to be able to remember what I’ve read, I need to be able to express my thoughts, such as they are, in some sort of logical and coherent way. I need to be able to try and get over how a book made me feel and enthuse a future reader (though not sure I ever did that anyway!). In short I need to be able to concentrate, and engage and remember and I can’t, or at least not in the way that I could. Please don’t get the impression that my memory is failing, I’m not suggesting I have memory losses. But you all know how you need to be able to think about a book, about the plot, its characters, the emotions it aroused and that for me is difficult now.

I’ve felt like this for a while and hoped that things would improve. I’ve got books that I  read just before diagnosis that I ‘owe’ reviews for, there are books I’ve received in the interim that I haven’t read but felt guilty about and there are some books I have managed to read, but just can’t remember well enough, or feel capable of doing justice to. That sense of feeling guilty I appreciate is a ‘self imposed’ pressure but it also looms over me like a cloud when I do feel like  picking up a book because I think, I’ll need to review it. Luckily, I’ve always gone under the wire with publishers, largely I suspect because I’ve never done Blog Tours, so most of the books I review are ones I’ve bought, or might have accepted for review or originate from NetGalley. I don’t have books dropping through my letter box because no-one has my address, so at least I didn’t have that adding to the pressure.

So why now? Well it was a silly thing I spotted on Twitter on Thursday, someone asking for nominations to compile a list of book influencers. Which people (predominantly, but not exclusively bloggers) would persuade you to buy a book, whose review would have you heading off to Amazon. What followed was along list of suggestions listing lots of my lovely and deserving fellow bloggers. Now please, don’t get the wrong impression here, this is not some sad tale of missing out because I wasn’t included – why should I have been, I haven’t been reviewing. What really hit home, was the fact that I never would be, because I am no longer a book reviewer. Realistically, how much longer am I going to wait for things to improve (while I’m on the medication the likelihood of that happening is nil, and the medication is not short term) so sad though it was, I think seeing that tweet made me realise that the time has come not only to admit it to myself, but to say it out loud and let it go – I am no longer a book reviewer.

That doesn’t mean I’m walking away from blogging – you don’t get away that easily. I love my little blog, and I love it even more after it’s makeover (why did I take so long to do it?). So I’ll carry on doing what I’ve been doing, Five on Friday will still be appearing, my ability to buy books like they’re going out of fashion will see my Book Haul posts and I’ve got several ideas about posts I’d like to do. But what won’t be appearing are reviews. I apologise for any reviews I owe, but hope/know you’ll understand why. I will still shout out about authors and books, but just in a different way. Just like the cancer has left a different me, the blog will also reflect those changes. While it was sad to finally admit to myself the reality of the situation, it’s also positive. I feel like a weight has been lifted, I don’t look at my bookshelves with a sense of dread or guilt. I can move forward and accept that this is my new normal. If I want to read a book I can, and that’s all I have to do, just read it and enjoy it for itself with no strings, no implications and conversely if I don’t, I don’t.

If you’re still reading this, thanks for sticking with it. I really just wanted to try and explain things properly and hope you’ll still keep visiting whatever I decide to come up with. Thanks for everything – you’re all stars and I couldn’t have got through all of the this, or felt able to make this decision without all the love and support you show me.