Today I’m delighted to feature author Bev Harvey. We met on ‘Twitter’ and bonded over a shared connection with Yorkshire and a love of Jack Russell terriers. Having spotted another another of her ‘loves’ (that I am also shamelessly addicted to)  I’m sure we’d get on famously in real life!

Beverley’s working life was spent in the communications industry; first in advertising agencies as secretary/dogsbody. She later moved into PR, trained in a London agency and became freelance in 2001.

In 2014 Beverley began a creative writing class which somehow mushroomed into her debut novel, Seeking Eden, published by Urbane in 2017. Eden Interrupted is the sequel and her second novel. Her current work in progress is a psychological thriller and plans are afoot for a third Eden book.

Beverley currently lives in West Sussex with her partner and beautiful terrier-child. She was born in Yorkshire but calls Kent home after many years spent living there, and she plans to return.

So over to Bev

From a tender age I listened to music, because my parents played records night and day. So, my first song is Glen Campbell’s Wichita Lineman: I can still hear my lovely Dad singing it, even though he passed away 22 years ago. Usually by the fourth line I’m in bits, but in a good way.

I adore the Rolling Stones, so I could say ‘anything by the best Rock & Roll Band in the World’ but I’m choosing ‘Love Is Strong’ because it’s so darn sexy and I play it when I’m getting ready to go out.

Duran Duran’s Ordinary World came at a difficult time in my life. It has a unique acoustic guitar melody and haunting lyrics; I’ve played it to death.

Prince: When Doves Cry. I was devastated when he died, and this song reminds me of my misspent youth and the times I was lucky enough to see Prince play live.

The company of dogs: I idolise them – my terrier is like my son.

Photographs of family and friends: I still do it the old-fashioned way – prints in albums (about eight of them, to be precise).

Books for escapism. I only wish I could read faster. I’ve just started Call Me Star Girl by Louise Beech – an earlier book of hers, Maria in the Moon blew me away.

Walking: for the last twenty years I’ve walked miles (dog owners tend to). It’s the cornerstone of my day and I’d have to be really poorly not to be out in the elements putting one foot in front of the other.

Things that smell wonderful. I’m a shameless beauty junky so I’m including dozens of products here under one handy catch-all phrase – is that cheating? Ha!

Nobody cares about your wonky teeth, the spot on your chin or your split ends; they’re all too busy worrying about their own flaws, just enjoy being young and healthy.

You don’t have to stay with men who treat you like rubbish; being single is fine.

Stop arguing with your parents and be kinder; one day you’d give anything for just another day with them.

Don’t let mistakes define you – make them, laugh, and move on.

God gave you two ears and one mouth; use them in the same ratio.

Lots of people know I’m an animal lover but not that I’m afraid of reptiles and horses.

In my mid-twenties, I nearly got married – had the dress and everything, but I panicked and called it off, phew. It was absolutely the right thing to do.

I always pictured myself writing novels, wearing a swirly skirt and with a retriever under the desk. No sign of the skirt as I’m always in jeans and the dog is a terrier, but it happened regardless. I only wish I’d started writing sooner – I was well into my fifties when I wrote Seeking Eden.

As a youngster I sang very well. Now I can’t carry a tune in a bucket; a case of use it or lose it!

I’ve got four abandoned novels on my laptop – I’m not sure which one I’ll finish…maybe all of them!

Finishing the psychological thriller I’m working on – which is proving very challenging!

Reprising a trip I made twenty years ago from Rome to Amalfi and back again.

To get married, but the less said about that the better!

Thanks so much for joining us today and sharing Bev. As I alluded to earlier, but didn’t admit –  I am also a beauty junky. For your sanity’s sake (not to mention your bank balance)  I advice you NEVER to tune in to QVC! I love your advice to younger self, especially as someone who still doesn’t use mouth and ears in same ratio. Glad to see you’ve discovered another Yorkshire writer in Louise Beech (and from my home town!). All the best in finishing your novels and hopefully that trip from Rome to Amalfi will materialise – maybe as a honeymoon?? 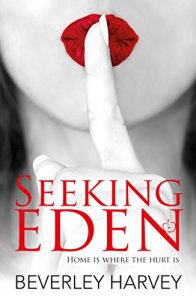 Or so says Ben Wilde’s record producer on the eve of his comeback. If only Ben could win back ex-girlfriend, Kate, he’d be a happy man.

But married Kate has moved on, and moved out – to Eden Hill, a quiet housing estate in the suburbs. Lonely and homesick for London, can Kate resist ego-maniac Ben’s advances and save her own flagging marriage?

Streets away, Kate’s new friend Lisa, a Chihuahua toting ex-WAG, is primed for a fresh start – until her footballer ex-husband is found dead and she is vilified in the gutter press.

But Kate, Lisa and Ben aren’t the only ones having a midlife crisis; local shop owner Martin dreams of escaping his dutiful marriage, and develops an unhealthy obsession with Lisa and her friends in Eden Hill.

Alongside a colourful cast of friends and family, Kate, Lisa, Ben and Martin are living proof that older does not always mean wiser because in Eden Hill, there’s temptation around every corner. 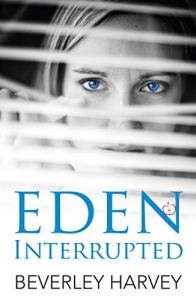 90s popstar Ben Wilde and his bride Lisa return from honeymoon to find a cuckoo in the nest and a surprise European tour in the diary.

Lisa befriends neighbour Rosemary, who is also home alone while husband Nigel travels for work. But will the women’s grim suspicions be confirmed, or does absence make the heart grow paranoid?

In the village, Eden Hill’s coffee shop is under new management with the arrival of divorced Mum, Chloe, and troubled teen son, Jake. But serving flat whites leaves Chloe feeling, well, flat until she meets Caleb, a widowed father of two; if only Jake and Caleb weren’t at loggerheads.

New to Eden Hill are Jan and Martin Bevan, but a frosty reception leaves them wondering if they’ve made a huge mistake.

Keep in touch with Bev via: