Today it’s the turn of Thorne Moore to take centre stage. I was delighted to meet Thorne last month when she appeared at the Northwich Lit Fest see here. She’s a member of Crime Cymru, an author’s collective promoting Welsh crime and crime writers, and, with fellow author Judith Barrow, she organises the Narberth Book Fair. 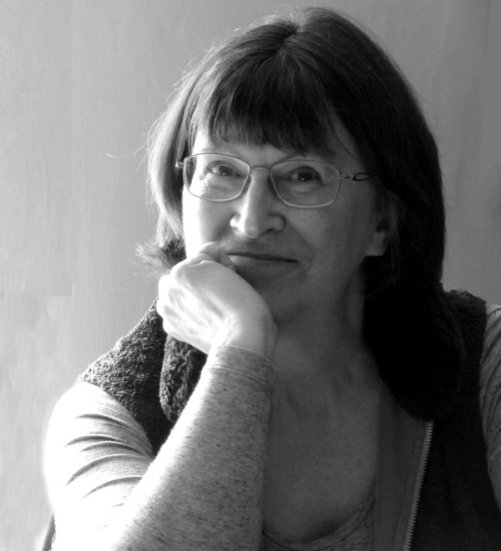 Thorne Moore grew up in Luton. Since she was argumentative at school, her headmaster advised her to study law and earn a lot of money as a barrister. Since she was also perverse, she opted instead to study history at Aberystwyth and earn nothing at all, as she had already decided she wanted to be a writer. She worked in Luton library and then moved to Pembrokeshire to run a restaurant with her sister and a craft woodwork business, before finally taking the law degree through the Open University

Her books are a mixture of domestic noir and historical mysteries, set in Pembrokeshire or Lyford, a fictional town largely based on Luton. They dwell more on the consequences of crimes through the decades and generations rather than solving the riddle of who did what. Her next book, Covenant, due to be published in 2020, is a prequel to her first, A Time For Silence, set in the same Pembrokeshire cottage.

So over to Thorne:

This is difficult because I’m not really a music person. But, let’s see. A soundtrack to my life.

Hills of the North Rejoice. School days. I loathed assemblies but I did love the imagery of this hymn, painting romantic pictures of distant places. Now, of course, I cringe at the implications of the words, real missionary stuff, putting other ignorant people right.

The Banks are made of Marble. Sung by Pete Seeger and the Weavers. Teenage years. 60s and 70s. Yes I know I should have gone for the Beatles or something more symbolic of the era, but this was the family song, coming home from the pub for Sunday lunch with too much Whitbread Trophy inside us, in the days before drinking and driving became unthinkable. All five verses with chorus please, and no stamping if you’re the one driving.

The Morse theme tune. It seems to have been in the background of my life for decades now, and it is both pleasing and clever, but it also symbolises our unwillingness to let go of what we like – first Morse, then Lewis, then Endeavour – and, as the years encroach, a yearning to go back to the beginning, which is sad but true. And it was composed by Barrington Pheloung. If that isn’t a perfect fictional name, I don’t know what is.

I could make a list of a hundred ingredients of food and drink that I couldn’t live without. But if I had to settle on one, it would be bread. Which is bad for me.

And wine. (And cheese – I’m sneaking that in, to cheat). My perfect meal would be Tesco’s sourdough and rye, dolcelatte and a cabernet sauvignon. On a cliff top. Just saying.

The sea. I can’t quite see it from my house, because of a ridge in the way, but I know it’s there. It reflects in the sky and zings in the air and it keeps me sane and rational. It cleanses the mind. I’m not sure I’d be able to breathe if I didn’t know it was just around the corner.

The Internet. I know it has the potential to be a thing of evil, of propaganda, manipulation, lies and corruption, and how it will turn out in the end when we have finally come to terms with it is anyone’s guess, but I will never forget the thrill I felt, some time in the 90s, when its potential for simply opening access to every conceivable source of information hit home. It’s not a Pandora’s Box because it contains all the possible good of the world as well as its evils.

Ask your grandmother about her family before you lose her.

Don’t choose to study political history, when you know you prefer economic and social.

Buy decent running shoes before you cripple your knees.

Get published a lot sooner.

I won a prize for handwriting at junior school. Those were the day of dip pens and inkwells. Then we switched to biros and now even I can’t read what I write.

I gained a bronze medal for Old Time Ballroom Dancing when I was ten. I think I can still remember how to do the Old Time waltz, but I have no memory of the Valeta or the Boston Two-step apart from their names. Just as well, as I have two left feet.

I was a girl guide for about 3 months. Try everything once.

See the Iguazu Falls. Which, even though they are now an organised tourist destination, are closer to the way I always imagined Niagara would be: a thundering fall on a vast river in a forest wilderness. I discovered, from Google maps, satellite view, that Niagara is slap bang in the middle of a concrete city, which rather spoils the illusion of nature in the roaring raw.

Visit Skellig Michael. There’s something about distant and inaccessible sheer rocks in the middle of the sea that make a religious retreat seem perfectly natural.

Cross Canada by train. Unless I am desperately trying to make connections somewhere around Birmingham New Street via two train companies with differing ideas of punctuality, I really like trains. And I really like Canada – or I’m sure I would, never having been there.

Spend a year in Venice.

Thanks so much for sharing with us today Thorne. I was delighted to see two of your musical choices are favourites of mine. Hills of the North Rejoice was a favourite of mine at school (though as you say we wouldn’t have understood the sentiments). I also love the Morse theme and bought a CD of music I didn’t want just because it contained the theme in full! I also love the Internet, I couldn’t have the blog without it, or be in touch with so many like minded people. I’m glad you stayed long enough to win your Ballroom Dancing medal – I lasted about 2 weeks. Hope you get to achieve some itelms on your bucket list. Maybe you could spend a year in Venice writing your Booker Prize winner.

A Time for Silence

When Sarah, struggling to get over tragedy, stumbles across her grandparents’ ruined farm, it feels as if the house has been waiting for her. She is drawn to their apparently idyllic way of life and starts to look into her family history only to learn that her grandfather, Jack, was murdered. Why has nobody told her? Sarah becomes obsessed with finding out what happened to Gwen and Jack. But are there some family stories that should never be told… 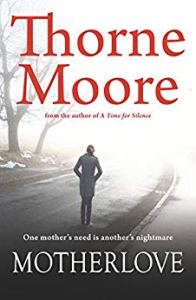 One mother’s need is another’s nightmare

1990, and three woman are contemplating motherhood. Lindy is homeless and longs for a family. Heather is stressed and dreading another baby. Gillian is childless and aching. When two babies are born in Lyford hospital, it’s the start of a new life for all three. For two, it’s a dream come true. For the third, it’s the beginning of a nightmare.

22 years later, two girls set out to discover who they really are, But answers aren’t easy to come by, or easy to accept.

When they were ten everybody wanted to be Serena’s friend, to find themselves one of the inner circle. But doing so meant proving your worth, and doing that often had consequences it’s not nice to think about – not even thirty-five years later.

Karen Rothwell is randomly reminded of an incident in her childhood which just as suddenly becomes an obsession. It takes her on a journey into a land of secrets and lies; it means finding that gang of girls from Marsh Green Junior School and most importantly of all finding Serena Whinn.

Kate Lawrence can sense the shadow of violent death, past and present.

In her struggle to cope with her unwelcome gift, she has frozen people out of her life.

Her marriage is on the rocks, her career is in chaos and she urgently needs to get a grip.

So she decides to start again, by joining her effervescent cousin Sylvia and partner Michael in their mission to restore and revitalise Llys y Garn, an old mansion in the wilds of North Pembrokeshire.

It is certainly a new start, as she takes on Sylvia’s grandiose schemes, but it brings Kate to a place that is thick with the shadows of past deaths.

The house and grounds are full of mysteries that only she can sense, but she is determined to face them down – so determined that she fails to notice that ancient energies are not the only shadows threatening the seemingly idyllic world of Llys y Garn.

The happy equilibrium is disrupted by the arrival of Sylvia’s sadistic and manipulative son, Christian – but just how dangerous is he?

Then, once more, Kate senses that a violent death has occurred… 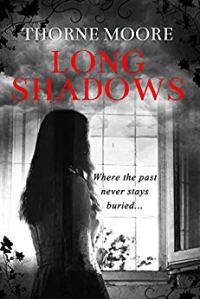 Llys y Garn is a rambling Victorian-Gothic mansion with vestiges of older glories.

It lies in the isolated parish of Rhyd y Groes in North Pembrokeshire. It is the house of the parish, even in its decline, deeply conscious of its importance, its pedigree and its permanence. It stubbornly remains though the lives of former inhabitants have long since passed away. Only the rooks are left to bear witness to the often desperate march of history.

Throne Moore’s Long Shadows: Tales of Llys y Garn comprises a trio of historical novellas that let us into secrets known only to these melancholy birds.

The Good Servant is the story of Nelly Skeel, loveless housekeeper at Llys y Garn at the end of the 19th century, whose only focus of affection is her master’s despised nephew. But for Cyril Lawson she will do anything, whatever the cost.

The Witch tells of Elizabeth Powell, born as Charles II is restored to the English throne, in a world of changing political allegiances, where religious bigotry and superstition linger on. Her love is not for her family, her duty, her God or her future husband, but for the house where she was born. For that she would sell her soul.

The Dragon Slayer tells of Angharad ferch Owain in the early decades of the 14th century. Angharad is an expendable asset in her father’s machinations to recover old rights and narrow claims, but she dreams of bigger things and a world without the roaring of men. A world that might spare her from the seemingly inevitable fate of all women.

Keep in touch with Thorne via: