A big shout out Part 3 – to some of my reads about later life, expats and would be travellers. @fatgreekodyssey @carolewyer @CMTaylorStory @Duckbooks

Following on from my post about stepping back from reviewing (see here), one of the things that concerned me was the books I’d read and not reviewed. I wanted to give the authors the shout out they deserved, especially when in some cases I’d agreed a review.

This selection is a nicely themed little group of ideal summer reads, dealing as they do with sun, sea, settling (or not) and striding out. A mix of fiction and personal memoir we can enjoy the an extended stay in France, Spain and Greece, while contemplating the what if? I know It’s a question I ask myself when I’m having a wonderful holiday and dare to dream about upping sticks and moving to another country. So sit back, grab a sangria (other beverages are available) and enjoy.

Surfing in Stilettos by Carol Wyer

Being of a certain age myself, I enjoy reading books that have older female characters, especially those who don’t belittle, or worse still, ignore the reality of their condition. Carol has the perfect knack of expressing the realities of life post 50 something with realism and humour. An ideal read for Francophiles, would be empty nesters and rather appropriately bloggers as Amanda and Phil off in their less than reliable camper van, following Phil’s recent retirement. The trip is intended to provide lots of material for Amanda’s new blog – Fortifying your Fifties. Well it certainly provides plenty of material, though not necessarily of the nature that Amanda intended. This is a warm, humorous read that doesn’t shy away from the darker realities of life.

Amanda Wilson is all geared up for an exciting gap-year, travelling across Europe. She soon finds her plans thwarted when she is abandoned in France with only a cellarful of Chateau Plonk, a large, orange Space Hopper, and Old Ted, the dog, for company. Fate has intervened to turn Amanda’s life on its head. First, Bertie, the camper van, breaks down. Then her dopey son, Tom, who is staying in their house in the UK, is wrecking it, one piece at a time. Next, the jaw-dropping video Skype calls that her irrepressible mother insists on making are, by contrast, making Amanda’s humdrum trip even less palatable. Finally, she discovers that her new-found, French friend, Bibi Chevalier, had engineered a plan to ensure that her philandering husband would never stray again; unfortunately, Amanda is unwittingly drawn into the scheme, becoming a target. Meanwhile, on a beach in Sydney, a lonely Todd Bradshaw realises that his first true love, Amanda Wilson, is definitely the only woman for him. Can he get back into her good books and hopefully back into her arms with his latest plan? Or will fate intervene yet again and turn everyone’s lives upside down? Surfing with Stilettos touches on some very real and harrowing life experiences. Marital infidelity, false identities and how that can be used to prey on vulnerable members of our society… and how we in our culture identify strongly with the work we do.

A poignant contemporary tale about Tony and Laney, whose notion of living the dream is starting to sour. Ex pat life on the Costa’s is changing in the shadow of Brexit, but the pair have darker shadows to face. It’s finally time to come to terms with what they were running away from in the first place. Warm, funny and at times heartbreaking, this is a story of a broken family struggling to keep it together. 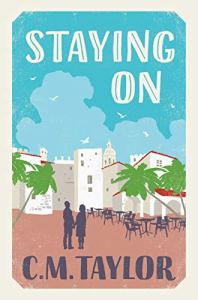 Retired expat, Tony Metcalfe, is going through a three-quarter-life crisis. Viva España, his bar in a mountain village beyond Spain’s Costa Blanca, is failing. Tony started the bar for the English post-war babies who retired early on good pensions – the por favors, as the Spanish call them – flocking to the dream of wine, rest and sun around the pool. But now their retirement paradise is shadowed by Brexit: the pound has fallen, pensions are frozen and the property crash happened long ago.

Tony wants to move back to enjoy the remainder of his life in his childhood home, but his tenacious wife Laney wants to stay in the happy valley and forget about England and the dark, unresolved feelings it provokes in their marriage. Sod it – he couldn’t go home even if he tried; nobody would buy an ailing bar during a recession.

But Tony s luck is about to change when his son Nick arrives for a surprise visit with his self-possessed wife, Jo, and their son. With the extra help, Tony thinks things are on the up, but Jo has brought along more baggage than just their family’s suitcases.

Things Can Only Get Feta : Two journalists and their crazy dog living through the Greek crisis by Marjory McGinn

A lovely, warm read about the realities of upping sticks and sticking your toe in the water of ex pat life. Is the grass always greener on the other side of the fence? Well in this case no – it’s likely to have been eaten by Foteini’s goats! Part travelogue, part history this very personal memoir is a love letter to the characters that inhabit their little bit of paradise in the Mani, and an homage to the force of nature that is Wallace, the Jack Russell.

After an Arctic winter, a British recession, and a downturn in the newspaper industry, two journalists and their dog embark on an adventure in the wild and beautiful southern Peloponnese in 2010. A perfect plan, except for one thing – Greece is deep in economic crisis. And if fiscal failure can’t overturn the couple’s escapade in rural Greece, perhaps macabre local customs, a scorpion invasion, zero dog-tolerance, and eccentric expats will. This is a humorous and insightful journey through one of the last unspoilt regions of Greece. It is full of encounters with warm-hearted Greeks who show that this troubled country still has heroes, if not euros.

Having walked the shorter Camino Ingles, I was drawn to this from the start and I wasn’t disappointed. Told in alternating chapters (by real life husband and wife), we follow Zoe and Martin’s journey from each character’s perspective. It’s a very realistic portrayal of the Camino, with the obsessions of getting a bed for the night and finding your next meal. Plans often go awry and the challenge is not only about putting one blistered foot in front of the other, but in coping with what life throws at you. A little plodding at times (much like the Camino) but for me, enjoyable none the less. 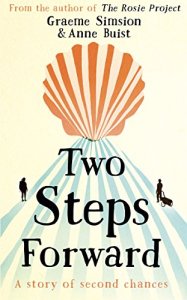 Zoe, a sometime artist, is from California. Martin, an engineer, is from Yorkshire. Both have ended up in picturesque Cluny, in central France. Both are struggling to come to terms with their recent past – for Zoe, the death of her husband; for Martin, a messy divorce.

Looking to make a new start, each sets out alone to walk two thousand kilometres from Cluny to Santiago de Compostela, in northwestern Spain, in the footsteps of pilgrims who have walked the Camino (the Way) for centuries. The Camino changes you, it’s said. It’s a chance to find a new version of yourself, and a new beginning. But can these two very different people find themselves? Will they find each other?