Today it’s my pleasure to feature crime thriller writer Mary-Jane Riley. I’ve ‘spoken’ to Mary-Jane via social media but was lucky to finally meet her in person in July at Harrogate. We discovered a shared love of earrings, and you can just catch a hint of some that I suspect are fabulous lurking in her photograph.

Mary-Jane Riley spent many years as a BBC journalist, presenting magazine programmes on both BBC Radio Suffolk and BBC Radio Norfolk, and has covered some of the major crime stories of the past twenty years.  She has carried out hundreds of interviews and her talks with Ruth Rendell and PD James encouraged her to begin writing crime fiction. She is married to a television reporter and they have three grown-up children and two golden retrievers. She lives in rural Suffolk and the landscape of her home county plays an important part in her writing.

Mary-Jane has so far had four books published in the best-selling series featuring journalist Alex Devlin. Her first, The Bad Things is set mainly on the Suffolk coast in the fictional town of Sole Bay. In her second, After She Fell, Mary-Jane moved the story to the north Norfolk coast. The Broads feature heavily in Dark Waters, the third book, and her fourth, Gone in the Night and published this year, has the Suffolk towns of Woodbridge and Orford Ness (in another guise!) and the city of Norwich as the settings for murder.

Freda Payne Band of Gold – I remember dancing (shuffling) to it at my first school disco (that’s going back a bit) feeling horribly awkward and shy. I can’t hear it today without feeling just a little bit of that toe-curling embarrassment and mortification.

10CC I’m not in Love – Another shuffle around the dance floor at the end of one of the famous 6th form parties we used to hold at each other’s houses – this time I was shuffling with the then boy of my dreams. Reader, I did not marry him.

Bowie – anything by David Bowie, absolutely anything (okay, maybe not The Laughing Gnome). He made me realise that it was okay to be different – not that I was particularly, but I knew I could be if I wanted to, if that makes sense.

Lou Reed Perfect Day – For the first perfect day I spent with the man I wanted to spend the rest of my life with (Reader, I married him, though he took a bit of persuading).

Wedding songs. Okay, I’m cheating here, but I have three children who have recently married (boy, has it been expensive) and music from their weddings makes me well up. Elbow One Day Like This was the first dance song for my eldest boy. Ed Sheerhan’s Castle on the Hill was the last song played at my daughter’s wedding – she was married near Framlingham, which is the place celebrated in the song and of course she is like Sheerhan, a Suffolk girl. Except he’s a boy. And my second son had the theme from Brokeback Mountain as his wife-to-be walked down the aisle. That was beautiful.

Books in any shape or form.

And the wide open spaces I am able to walk them in.

Sitting in the garden on a summer evening with family/friends and a glass of wine.

Don’t worry what anyone else thinks about you.

You are beautiful and funny and as good as other people.

I used to be a hand model…really. Well, once. I was working in a photographic studio in the time between school and university and they were taking photos for a Christmas Gifts charity magazine. I modelled a pen. And an apron. So I guess I’m not just a hand model.

I presented a late-night radio phone-in show dealing with sex problems (I wasn’t the expert I hasten to say… though after some months I felt I was….).

I also presented a music show and used to receive a lot of letters from inmates in the local prison asking me to read out messages to their loved ones. I had a visit from the police telling me some of the messages were code for nefarious activities….

I am Miss Mirabello circa a long time ago. In Greece I entered the Hotel Mirabello’s talent competition involving singing and dancing – on my honeymoon. My new husband disappeared further and further under the table – a combination of drink and embarrassment. But I won! A bottle of (Greek) champagne and a free holiday. At Christmas. Flights not included. And I’m still married.

I adore reading zombie fiction, though it’s difficult to find really well-written stuff… any suggestions, do let me know…

I would love to travel to North Korea. I know I would only see the places/people the authorities wanted me to see, but I find the whole secretive, closed society thing so fascinating.

I’d like to see Japan. And the cherry blossom.

I would like to buy a villa on a Greek island.

I would like a bestseller so I could buy the villa on the Greek island.

I would like to see my children grow their families.

It was lovely to finally meet you at Harrogate Mary-Jane and to discover even more about you today. Given your music choices I suspect we are of a similar vintage as well as being earring aficionados. I used to dream of being a hand model too – I used to have beautiful long nails and felt I could happily put my feet up and be hands off anything else to earn my living from them (like that was ever going to happen). I love your honeymoon story and must resist the urge to call you Miss Mirabello if we meet again. Glad to see your love affair with Greece continued and hope you get that bestseller funded Greek island villa. 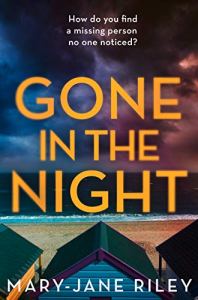 Gone in the Night (Alex Devlin 4)

Some secrets are deadly…

When the victim of a car crash begs journalist Alex Devlin for help before disappearing without trace, Alex finds herself caught up in a mystery that won’t let her go.

Determined to find the missing man, she is soon investigating a conspiracy that threatens some of the most vulnerable members of society.

But will Alex be prepared to put her own life on the line to help those who can’t help themselves? 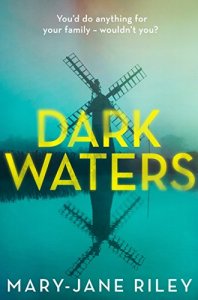 Secrets lie beneath the surface…

Two men, seemingly unconnected, are discovered dead in a holiday boat on the Norfolk Broads, having apparently committed suicide together.

Local journalist Alex Devlin, planning an article on the dangers of internet suicide forums, starts digging into their backgrounds.

But Alex’s investigation soon leads her to a much darker mystery – one that will hit closer to home than she could possibly have imagined, and place the lives of those she loves in terrible danger. 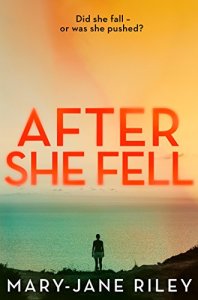 There are so many ways to fall…

Catriona needs help. Her seventeen-year-old daughter Elena was found dead at the bottom of a cliff near her boarding school. The death has been ruled a suicide, but Catriona isn’t convinced.

When her old friend, journalist Alex Devlin, arrives in Hallow’s Edge to investigate, she quickly finds that life at private boarding school The Drift isn’t as idyllic as the bucolic setting might suggest.

Amidst a culture of drug-taking, bullying and tension between school and village, no one is quite who they seem to be, and there are several people who might have wanted Elena to fall… 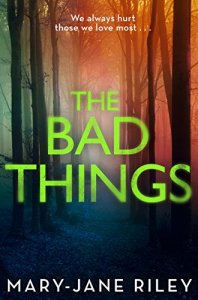 We all have our secrets, some are just darker than others.

Now Jackie Wood, jailed as an accessory to the twins’ murder, has been released, her conviction quashed by the Appeal Court. Convinced Jackie can reveal where Millie is buried, Alex goes to meet her.

But the unexpected information Wood reveals shocks Alex to the core and threatens to uncover the dark secret she has managed to keep under wraps for the past fifteen years. Because in the end, can we ever really know what is in the hearts of those closest to us?