Today I’m really pleased to feature psychological thriller writer, Diane Jeffrey. I’d had an online conversation with Diane in early July, when it transpired we’d both be in Harrogate at the same time. As I discovered on the second day,  it turned out we were also staying in the same B&B! While I was tucking into a full English, Diane had just coming back from a healthy run. It meant though we got to have a lovely, uninterrupted chat over breakfast. Now here’s your opportunity to discover a bit more yourself.

Diane Jeffrey grew up in North Devon. She now lives in France, with her husband and their three children, Labrador and cat.

Diane is the author of three psychological thrillers: THOSE WHO LIE, published in 2017, HE WILL FIND YOU, published in 2018, and THE GUILTY MOTHER, set in Bristol and published in ebook in August 2019, and in paperback and audio on 17th October.

Diane is an English teacher. When she’s not working or writing, she likes swimming, running and reading. She loves chocolate, beer and holidays. Above all, she enjoys spending time with her family and friends.

I’d have to start with The Wheels on the Bus. My mum sang that one to me and I sang it to my three children!!!

Next up: the 80s. Too hard to single out a particular song from this decade, but I was growing up during the 80s and still believe the best music and most expressive songs were composed then. Stiff competition from the 70s and 90s, I know.

Be Mine – R.E.M. Anything by R.E.M., really, but this one brings back so many memories that I can’t actually listen to it anymore.

The music from Joseph and the Amazing Technicolour Dreamcoat. This was the first stage musical I ever saw and I went with my grandmother. I love musicals and that passion started here.

Anything by Ludovico Einaudi. I (used to) play some of his pieces of music on the piano and I saw him in concert, which was, for me, an incredibly moving experience and the best concert I’ve ever been to.

(I’d say my dog, but I consider my Lab to be a member of my family, so I’ll say)

Cadbury’s chocolate (the sure way to my heart),

What advice would you give to your younger self?

That’s a hard question to answer because you see things far more clearly through (slightly) wiser eyes in hindsight. There are a few people I would tell myself to stay well away from!

As far as my writing is concerned, I’d wanted to be a published author from the age of eight and only managed it when I was forty-one years old. I listened to bad careers advice and I was too sensitive to other people’s scorn and scepticism along the way. So, I think I would just tell myself generally that I shouldn’t stop pursuing my dreams. I should probably still be following that piece of advice today!

I was the first female to work as a lifeguard on a beach in Great Britain (Woolacombe).

I also competed for Great Britain in the World Surf Life Saving Championships in 1987 (another lifetime) and I brought home a bronze medal, which I still have. This is my main claim to fame.

I’m hopeless at maths and the only thing I learnt in physics was how to wire a plug.

I’m homesick. I’ve lived in France for over half of my life, but I miss the UK terribly. In an ideal world, I would be able to afford a house both sides of The Channel!

What are the first things you’d have on your bucket list?

My writing goals are to see one of my books on the bookshelf of WHSmiths at a London airport when I fly back to France after a visit.

I’d also like to have a book in translation, preferably in French, but even if it’s translated into a language I don’t speak, that would be a start!

I’d like to swim across The Channel, but if I do it, I’m going to want to go for a record, so either we’ll need to do it as a family (my kids and husband all swim) and set the record for a family relay crossing, or I’ll need to wait another twenty or thirty-odd years so I can attempt to be the oldest woman to complete the crossing!

I’d like to travel and see more of the world. I’ve always wanted to go to South America.

Many thanks for sharing with us today Diane. While I’m much older than you, I enjoyed my student years (I was a mature student) in the 80’s so have a soft spot for 80’s music too. I may have to change the question re things people ‘can’t live without’ to exclude pets as I agree, they are indeed family. I envy your language skills, I did get my ‘O’ level in French, but have forgotten more than I remember. My intermittent attempts to learn Spanish are equally poor. I’m sure that book on the airport bookshelf can’t be far away and good luck with that Channel, however you decide to achieve it!

She says she’s innocent.
DO YOU BELIEVE HER?

Melissa Slade had it all: beauty, money, a successful husband and beautiful twin babies. But, in the blink of an eye, her perfect life became a nightmare – when she found herself on trial for the murder of her little girls.

Jonathan Hunt covered the original Slade Babies case for the local newspaper. Now that new evidence has come to light, Jon’s boss wants him back on the story to uncover the truth.

With Melissa’s appeal date looming, time is running out. And, as Jon gets drawn deeper into a case he’d wanted to forget, he starts to question Melissa’s guilt.

Is Melissa manipulating Jon or telling him the truth? Is she a murderer, or the victim of a miscarriage of justice?

And if Melissa Slade is innocent, what really happened to Ellie and Amber Slade? 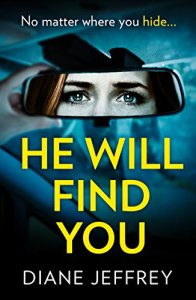 He Will Find You

No matter where you hide…

Kaitlyn Best is stuck in a rut. So when she discovers she’s pregnant after a one-night-stand with Alex, her school crush, she throws caution to the wind and accepts his offer to make a new life together in the depths of the Lake District, far from her home… and her demons.

He will find you.

But Alex is not what he seems. And when Kaitlyn’s world begins to crumble before her eyes, she realises she barely knows the man she has agreed to spend the rest of her life with.

Since Alex won’t tell her his secrets, Kaitlyn vows to find them out for herself. But when she uncovers the truth, she realises she has made a terrible mistake…

Emily Klein doesn’t know she has killed her husband until the day of his funeral.

At first, signs point to a tragic accident. Yet, as Emily pieces together the events before his death – events which led to her own memory loss – she begins to suspect that her husband’s death may have been the result of more than a terrible twist of fate…

But the accident is only the beginning. Because while Emily’s physical scars will heal, the trauma of the accident has awakened old ghosts. She hears strange sounds, catches things that can’t possibly be there in the corner of her eye. Before long, everywhere she looks, she seems to see her husband.

And suddenly, Emily finds herself asking the most dangerous question of all.

Can she really trust herself? 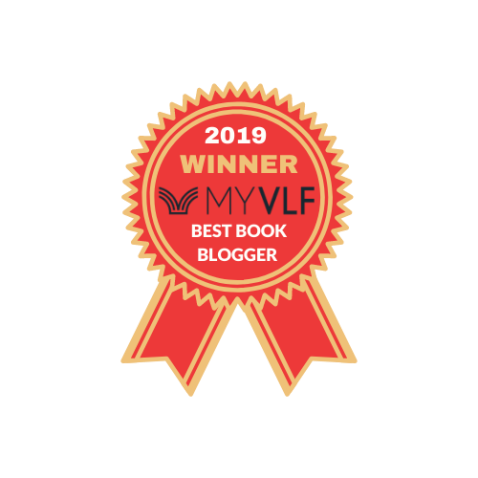 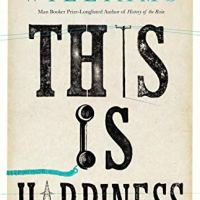 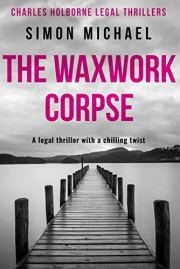 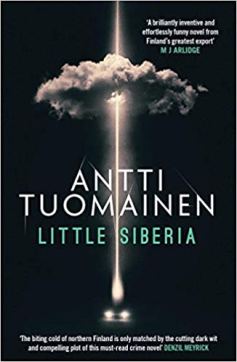 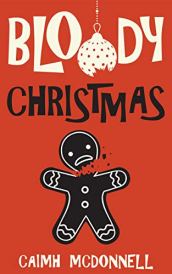