Today I’m delighted to feature author Misha Herwin. Misha writes for both adults and children covering a variety of genres. Misha is a regular attendee at a lovely author/blogger meet up that’s held in Stoke – details of next one one here for anyone who wants to join us.

Misha Herwin is a writer of books for adults and children. Her books cover a variety of genres from contemporary women’s fiction, “Picking up the Pieces”, to family saga, “Shadows on the Grass”, and middle grade fantasy adventure, “City of Secrets” and “Bridge of Lies” the first two in the Adventures of Letty Parker Series.

She also writes short stories which have been published in anthologies in the US and the UK and plays, for schools and Theatre in Education.

Misha runs workshops in schools, museums and libraries and is one of the founders of 6×6 a quarterly event in Hanley Library where writers come to strut their stuff.

In her free time she reads, attempts to keep her garden in order and bakes. Her speciality is muffins, though her scones are pretty good too.

Are you going to San Francisco by Scott McKenzie. Reminds me of my teenage years. Short pink linen shift, long blonde hair, warm summer night at a party with friends. The whole world out there trembling with possibility and boys.

Nights in White Satin by The Moody Blues. Student days in a mouse invested bed-sit. A pear tree in the garden where the blackbird sang.

Wake me up before you go, go by Wham. My kids’ teenage years, living in the country.

Can’t stop me now by Rod Stewart. Says everything about where I am right now.

Writing. I’ve always written stories and don’t think I could ever stop.

Books. They are an escape, a refuge, a stimulus. I can’t go to sleep without reading however late it is.

A garden−nourishes the soul and keeps me fit.

A shower. Some of my best ideas come when standing under a jet of hot water. It’s as if all the dross is washed away leaving my brain clear

Sunlight in all its infinite variety, dappling through trees, sharp and clear on a winter morning, mellow and warm on a summer afternoon.

Worrying is a waste of time. As my sister always says what you worry about never happens it’s always something else that hits you when you’re not looking.

Don’t worry about what you look like. It’s not worth it.

Write every day. It’s like a pianist doing their scales

Laugh more. There’s humour however black in most situations.

Don’t try to please everyone. You can’t.

English is not my first language.

When I was fifteen I went to stay in a chateau on the Loire with the family of a French count.

I had a story published in the same anthology as Helen Dunmore.

It took me twenty years before I found a recipe for perfect scones. Thank you Mary Berry.

To ride a motorbike

Go up in hot air balloon

Spend a weekend in Barcelona- everyone in the family has been except me.

Have someone throw a party for me, my family and friends. I’ll enjoy it without any of the work.

Thanks so much for sharing with us Misha, Scott McKenzie was a favourite of mine too. I’m sure we’re all with you on not living without books, so we’re definitely appreciative of all the authors who also can’t live without writing! Wise advice Misha that is pertinent at any age. Worrying never solved anything though I suspect most of us still do it – I know I’m guilty. I hope you mange some of your bucket items especially a weekend in Barcelona, it’s a fabulous city. If you ever fancy bringing some of your scones to our next meet up I’m sure you’ll have plenty of takers!

Shadows on the Grass

Every family has its secrets. In the nineteen-sixties Bristol, seventeen-year-old Kate is torn between the new sexual freedom and her rigid Catholic upbringing. Her parents have high expectations of her. She, however, is determined to lead her own life.

Mimi, her grandmother, is dying. In her final hours, Mimi’s cousin, the Princess, keeps watch at her bedside. Born in the same month, in the same year, the two women are bound by their past and a terrible betrayal.

Meanwhile, caught between the generations, Mimi’s daughter Hannah struggles to come to come to terms with her relationship with her mother, and struggles to keep the peace between her daughter and her husband. She too must find her own way in a land foreign to her, in a new post-war world, where the old certainties have gone and everything she knows has been swept away.

Picking up the Pieces

Liz, Bernie and Elsa have been friends since their days at St. Cecelia’s school. Their lives took very different paths but they all have found happiness in their own fashion. Liz is an independent career woman; Bernie a good Catholic mum with four sons and Elsa is supported by her wealthy ex-husband. Then, in the space of a few short weeks, everything they have taken for granted is swept away. Money, jobs and partners are all gone. How will they manage when their worlds are crumbling about their ears? Together Liz, Bernie and Elsa have to find novel ways of avoiding disaster.

Picking up the Pieces is about friendship, cake and the mutual support that only lifelong friends can provide.

Jo Docherty stood and looked at the wedding ring on the black granite worktop. It would be so easy to leave it there and go. Desperate to have a child of her own, haunted by a girl in a blue dress, her only hope of saving her marriage is to go back to the place where it all began.

Brooding over the estate at Weston Ridge, the house at Kingsfield hides a violent history. Built by a slave owner for his beloved wife, it is a place of lost children, where time fractures and two lonely girls from different centuries cut their fingers and swear to be best friends for ever.

When Jo returns as an adult, long buried memories of her childhood begin to surface. As she slips in and out of time, she realises that she has to face the consequences of her actions, and a friendship forged in blood two hundred years ago will force her to make to a heart-breaking choice…

Polly watched the flames licking the edge of the curtains. She was trapped. Her stomach flipped and her legs went weak, then Courtleigh’s hand was on her elbow.

“This way,” he said pushing open the landing window.

But jump they must, out of the window of their foster home and into the strange world of The Edges, where who knows what dangers await…

When Polly and Courtleigh saved Sprog from the evil Lady Serena they thought that their troubles were over. Now, however, a mysterious stranger is watching St. Savlons the Care Home For Truly Disruptive Children, where they live.

Who is he and why is there? Are the questions they must answer. What they don’t know is that, because he can juggle time, he will bring them into terrible danger.

Juggler of Shapes is a fast moving adventure that takes Polly and Courtleigh back into the mysterious Edges and beyond them into the Kingdom of Dragons. 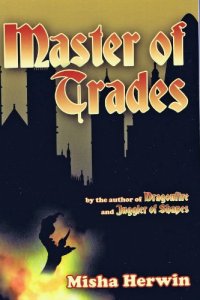 Fast moving dramatic final book. The pavements are cracking, the earth is shaking and the Night People are coming to the surface. Deep beneath the ground an ancient power is stirring, bringing with it terrible danger to St. Savlons. Face by their deadliest enemy Polly and Courtleigh must save themselves and their friends before it is too late… 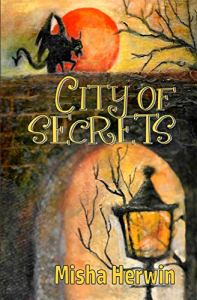 Letty Parker lives by her wits. Estranged from her family, she sells pies on the streets of Bristol. But this is a Bristol full of dark secrets, peopled by gangs, monsters, dragons and gargoyles – and by creatures older than time. When her friend and stepsister disappear, when members of Jeb’s gang vanish, Letty is plunged headlong into a conspiracy where homeless children are being spirited away to a place where a terrible fate awaits them. These are the poor and the lost children of the streets whom no one seems to care about – except for Letty. But what if a rich child went missing? Would the authorities then act? Together, Letty and Jeb hatch a plan… 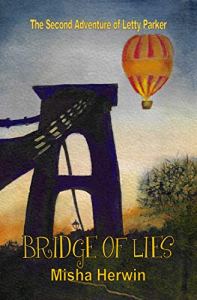 Letty Parker & Associates Detective Agency is finally in business. But before they can take on their first case, Isambard Kingdom Brunel’s famous suspension bridge is blown up. Letty decides to investigate but getting hired is not as easy as she thought, especially when the Dark Ones have their own plans for her. Then there is Ma Pountney and her witches, plus the Bear and his gang of villains. Each determined to stand in Letty’s way. Nothing goes right from the very start and one by one Letty’s friends desert her.

Even in a city, crowded with folk arriving for the Balloon Festival, Letty finds herself alone – and in the greatest of danger.

Bridge of Lies is the next book in the Adventures of Letty Parker. Following on from City of Secrets, it is a magical fantasy adventure for 8-12 year olds set in an alternative world.