Reviewing my policy to buy at least one independently published paperback per month, I felt I was missing a trick in not giving the publisher an official shout out as well as the book. So, better late than never, meet my January publisher – Dome Press.

Dome Press is an independent publisher set up in 2016 by David Headley. Located in Cecil Court it takes its name from the successful and much celebrated The Dome periodical also published in London’s Cecil Court by The Unicorn Press in the late 1800s.

Their ethos is to champion great storytelling and give authors a voice, closely echoing The Dome periodical’s objective. The Dome Press aims to discover and nurture both new and established writers alike, providing a fresh outlook, enabling new life to be breathed into a writer’s work – something they are passionate about.
​
David Headley is the Managing Director of one of London’s leading bookshops, Goldsboro Books, and the DHH Literary Agency, where he represents a number of talented and bestselling authors. David has a wealth of experience in bookselling and takes pride in being able to anticipate what readers will want to read next.

Their latest publication is the first in a brand new series from the storyline consultants to TV’s Happy Valley and Scott & Bailey and author of the DI Jack Dylan novels. 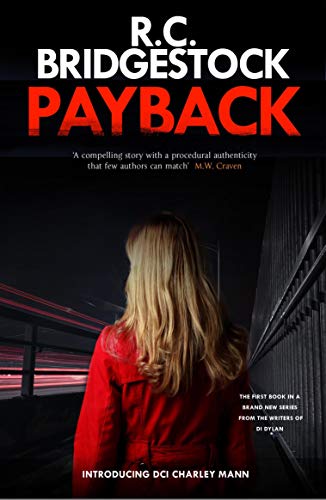 Charley Mann left Yorkshire for the Met and a fast-track career – but now she’s back, she’s in charge and the area’s first young, female DI. Her hometown, the Yorkshire countryside, and her old friends all seem unchanged, but appearances can be deceptive. When a brutal murder is discovered, Charley is forced to question everything, and the interest of her ex – reporter Danny Ray – doesn’t make it easier.

While this definitely appeals to my love of police procedurals (and has been duly added to my, ‘must read’  list) I was swayed instead by the opportunity to visit South West France and Marrakesh, both places I have fond memories of. So my Indie purchase of the month was Sky’s the Limit by Janie Millman.

Sky’s the Limit by Janie Millman

Sky is devastated when she finds that her husband is in love with someone else, even more that it is her oldest friend Nick. She has lost the two most important men in her life and can’t ever trust either of them again. To escape, she goes alone on a dream trip to Marrakesh and meets Gail, on a mission to meet the father of her child, a man she loved but thought did not want her. In Marrakesh, Sky and Gail both find unexpected joys – and surprises. For Sky these lead to France, to a beautiful chateau and a family whose relationships seem as complicated as her own.

While I was perusing the website I was also attracted to a forthcoming book by Alis Hawkins, featuring a blind coroner (due May 2020). When I discovered this was part of a historical series set in Wales it seemed only sensible to jump in and buy the first one. So this is now sitting patiently on my Kindle.

None so Blind (the Teifi Valley Coroner 1) by Alis Hawkins

West Wales, 1850.
When an old tree root is dug up, the remains of a young woman are found. Harry Probert-Lloyd, a young barrister forced home from London by encroaching blindness, has been dreading this discovery.

He knows exactly whose bones they are.

Working with his clerk, John Davies, Harry is determined to expose the guilty, but the investigation turns up more questions than answers.

The search for the truth will prove costly. Will Harry and John be the ones to pay the highest price?

In keeping with the ethos of buying my indie books I’d like (if possible) to buy direct from the publisher so they also get to see the biggest return. As an added incentive Dome offer copies of their recently published books directly from themselves, currently at 50% off cover price (normally 30%) and they offer free postage world-wide – what are you waiting for?

When hard copy books are not available directly from the publisher, the ‘go to’ online option is often Amazon, especially in the absence of a local bookshop. Are you aware of the online shop Hive.co.uk? They are often as competitively priced as Amazon, offer free delivery (without a £20 limit) and allow you the opportunity to donate a percentage of the sale to an independent bookshop of your choosing (and no I’m not on commission).