Mini Reviews – Alice Teale is Missing/ The Confession/ The Quaker/ Bay of Secrets.

While the current Covid19 situation is leaving some people disoriented and lacking in an ability to read and concentrate, that scenario has been my normal for so long that it is clearly having the reverse effect. I don’t want to get too confident here though just in case it’s a temporary blip, but while the going is good I’ll take advantage of it. So here’s a selection of mini reviews of some of my recent reads. 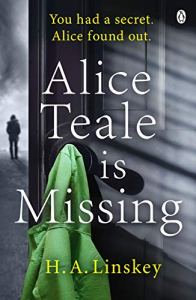 Alice Teale is Missing by H A Linskey

Alice Teale walked out of school at the end of a bright spring day.

She’s not been seen since.

Alice was popular and well-liked, and her boyfriend, friends and family are desperate to find her.

But soon it’s clear that everyone in her life has something to hide.

Then the police receive a disturbing package.

Who could have sent them? And what have they done with Alice?

A new to me author and based on this one I’ll be looking out for.

This was the sort of police procedural that I really enjoy. A maverick lead in  DS Lucas Black presented with a fairly rookie DC Beth Winter. A mismatch made in reader heaven. As it turned out, the dynamic played out really well and I’d love to see these two make a return appearance.

Both are handed what had begun as a basic missing person enquiry, looking into the disappearance of schoolgirl Alice Teale. The investigation ramps up when someone starts sending pages from her missing diary to DS Black.

There’s a list of possible suspects from her dysfunctional family, secretive friends, a possible revengeful ex boyfriend and lecherous school teachers. Throw in the gossip, rumour and misdirection common of a small town mentality and the pair have their work cut out.

It’s a slow burn, that draws the reader into the investigation, following the same clues and blind alleys as they are revealed. It was a thoroughly enjoyable and satisfying read, made all the more so because I hadn’t guessed the dramatic end reveal.

The Confession by Jo Spain

Late one night a man walks into the luxurious home of disgraced banker Harry McNamara and his wife Julie. The man launches an unspeakably brutal attack on Harry as a horror-struck Julie watches, frozen by fear. It looks like Harry’s many sins – corruption, greed, betrayal – have finally caught up with him.

An hour later the intruder, JP Carney, hands himself in, confessing to the assault. The police have a victim, a suspect in custody and an eye-witness account, but Julie remains troubled.

Has Carney’s surrender really been driven by a guilty conscience or is this confession the first calculated move in a deadly game?

This was a gripping read from shocking start to unpredicted finish. Given that we know who did it and how, the premise of the book is really a search for why.

It’s told in alternating chapters from the viewpoints of the attacker -JP; the wife, Julie and the police in the form of DS Alice Moody. The narrative gradually fills in the background, builds up the characters and reveals Harry as a victim, which if I’m honest is hard to have much sympathy for. That said, there are other less brutal ways of taking revenge, but then Harry has led a charmed life and seems to have avoided getting what ought to have been coming to him.

With a backdrop of the boom of the Celtic Tiger and the bust of HM Capital – Harry’s bank, it’s twisty, gripping and for me, hit all the right notes.

The Quaker by Liam McIlvanney

A city torn apart.
It is 1969 and Glasgow has been brought to its knees by a serial killer spreading fear throughout the city. The Quaker has taken three women from the same nightclub and brutally murdered them in the backstreets.

A detective with everything to prove.
Now, six months later, the police are left chasing a ghost, with no new leads and no hope of catching their prey. They call in DI McCormack, a talented young detective from the Highlands. But his arrival is met with anger from a group of officers on the brink of despair.

A killer who hunts in the shadows.
Soon another woman is found murdered in a run-down tenement flat. And McCormack follows a trail of secrets that will change the city – and his life – forever…

This book was declared winner of the 2018 McIlvanney Prize for Scottish Crime Book of the Year and I can see why. For me it was the perfect crime novel and I read it over 2 days. Anybody who is au fait with my current reading pattern will know this is highly unusual, but it’s a guide as to how gripping I found the book, from it’s opening page through to the reveal at the end.

The novel takes it’s inspiration from the real life murders that horrified Glasgow in 1968/9 by a perpetrator christened Bible John. In McIlvanney’s re-imagining his murderer is dubbed The Quaker. Like his real life counterpart he meets his victims at the Barrowland Ballroom, only to leave them dead in the crumbling tenements and courtyards of the city. It’s a story that is well told, with enough detail to portray the hideousness of the crimes and the fear it provoked, but without crossing the line into gratuitous voyeurism.

It’s a novel that also has brilliantly defined characters, not all like-able, but definitely realistic. It also has a sympathetic lead D.I. in the shape of highlander Duncan McCormack. He’s successful, popular and destined for great things and yet his dogged persistence ruffles feathers and his private life is problematic.

Perhaps the greatest character in the novel though is Glasgow. Admittedly it’s largely the darker side that’s perfectly evoked as it reveals the decay, the corruption and the gangland culture of  the period. Yet like the city itself, it was not all dark, and it’s a portrayal with an underlying feeling of warmth and respect for the place.

Bay of Secrets by Rosanna Ley

Following the wishes of her parents to keep her safe during the war, a young girl, Julia, enters a convent in Barcelona. Looking for a way to maintain her links to the outside world, she volunteers to help in a maternity clinic. But worrying adoption practices in the clinic force Sister Julia to decide how far she will go to help those placed in her care.

Six months after her parents’ shocking death, 34-year-old journalist and jazz enthusiast Ruby Rae has finally found the strength to pack away their possessions and sell the family home. But as she does so, she unearths a devastating secret that her parents, Vivien and Tom, had kept from her all her life.

As anybody who has read my posts before I have a ‘thing’ for Spain so not really sure why I took so long to get around to this (might be down to the aforementioned book mountain ahead of it). Anyway don’t let the cover fool you into thinking this is just another light, summery, romantic read. It has the essential, appealing location settings, and it has a will they, won’t they romantic storyline. But, underlying that, and linking into a theme of families and who we are, is a deeper thread exploring the subject of the niños robados. This was the state sanctioned abduction of children from Republican parents that took place during the Spanish Civil War and throughout Franco’s rule. As in many other countries the Catholic Church was complicit in this practice, which continued well into the 1980’s.

I was immediately lured in by Ruby’s faltering relationship with her boyfriend, one which was compounded by the death of her parents. Having made a decision that she thought would resolve her future, she finds herself delving into the past. It’s a story based on secrets on lies and not just for Ruby.  The story had me engrossed and I happily recommend it.